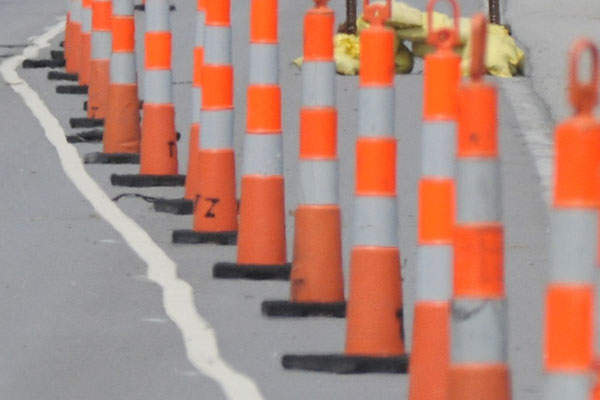 Traffic is being directed through the project work zone via signage and cones. Credit: HNTB Corporation. 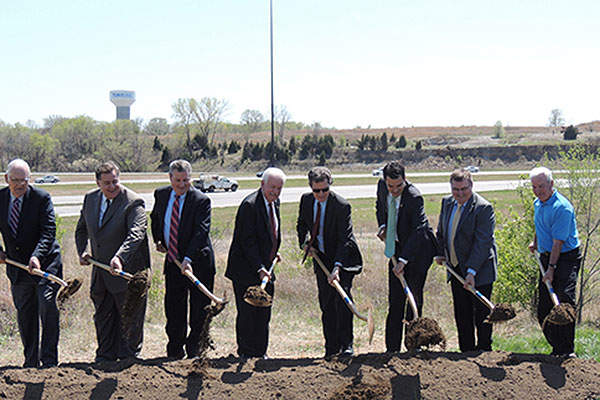 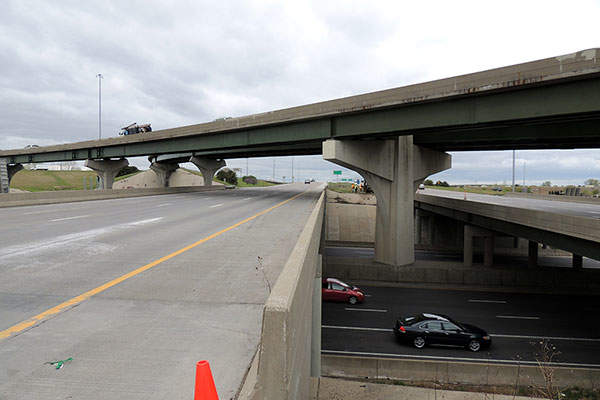 I-435 Eastbound looking at I-35 South flyover before construction. Credit: HNTB Corporation. 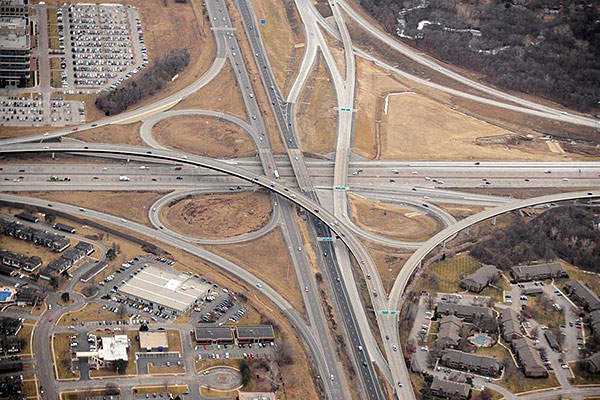 The Johnson County Gateway interchange project is being developed by the Kansas Department of Transportation (KDoT). It aims to improve the Interstate 35/Interstate 435/Kansas Highway 10 interchange at Kansas, US.

Also known as Johnson County Triangle, the interchange is a critical hub for regional and local traffic in the county. It is currently being used by more than 230,000 vehicles daily, and the traffic is expected to increase to 380,000 by 2040.

The $600m interchange improvement project aims to provide safety, mobility and efficiency on the interchange by significantly reducing traffic congestion. The work is being carried out in three phases; the first phase was substantially completed in December 2012 and the second phase was opened in November 2016.

The concept study for the I-435/I-35/K-10 Interchange upgrade at Johnson County was conducted in 2008 to develop a plan to improve current traffic flow and overall safety. In 2009, KDoT named the Johnson County Gateway as a high-priority project for the area.

In 2010, the Kansas legislature approved transportation works for T-WORKS, a ten-year transportation programme that will allow design-build as an alternative delivery method for one project in either Johnson or Wyandotte counties. The second phase of the Johnson County Gateway was chosen as the first major design-build project for Kansas, due to its size and complexity.

The final concept study for the interchange improvement project was completed in 2011.

Also known as the ‘Johnson County Gateway Yellow Project’, the first phase of the $11.14m Johnson County Gateway project involved additional lanes and ramp reconstruction between I-35 and 119th Street, as well as I-435, in Johnson County.
The scope of work under the Gateway Project’s first phase, which broke ground in June 2012, also consisted of retaining wall construction, storm sewer installation, concrete pavement placement, patching of existing concrete pavement and overlay work.
An ultra-thin asphalt overlay on both northbound and southbound I-35 between 119th Street and the I-35 bridges over Pflumm Road, as well as on all adjacent ramps, was placed in 2013.

Phase two of the Gateway Project broke ground in April. With an estimated investment of $288m, the three-year project will develop two highway-to-highway interchanges, seven highway-to-local road interchanges and the nearby mainline for K-10, I-435 and I-35.

The project also rebuilt the south half of the Lackman Road interchange with two separate on-ramps, one directly to I-35 and the other directly to I-435.

The Renner Road interchange was rebuilt to give drivers straighter ramps as part of Phase two. The second phase also included new ramps to divert traffic trying to get to I-35 and K-10 from I-435.

The third and final phase of the interchange improvement project is awaiting funds and construction is scheduled to start in 2017. Phase Three will add a through lane on I-435 and two through lanes on K-10.

The cost of phase two was met through a $3m schedule incentive from the Gateway Interchange Constructors (GIC) design-build team, the T-WORKS construction funding and additional funding from the cities of Lenexa and Olathe.

HNTB was hired to conduct the concept study for the interchange improvement project in 2008. HNTB was also appointed as the project management consultant (PMC) in March 2012 to help KDOT in developing the phase two project procurement documents for selecting the design-build team.