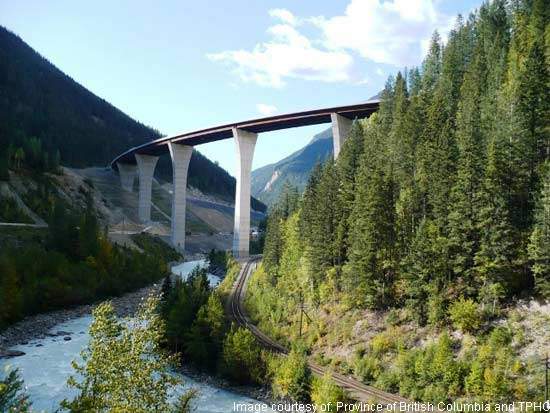 Phase 2 of the Kicking Horse Canyon Upgrade included the replacement of the ten-mile Park Bridge. 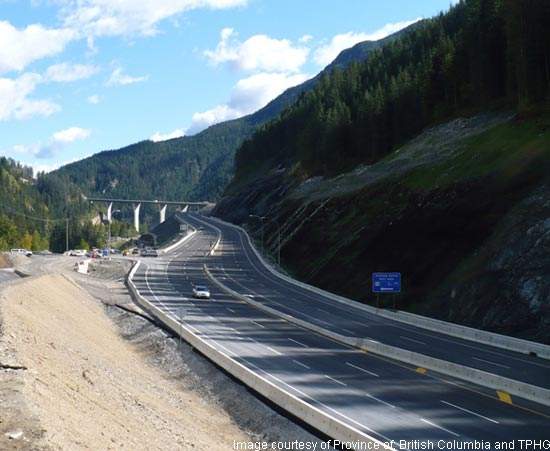 The 26km section of the Trans-Canada Highway is being upgraded into a four-lane highway with a 100km/h speed limit. 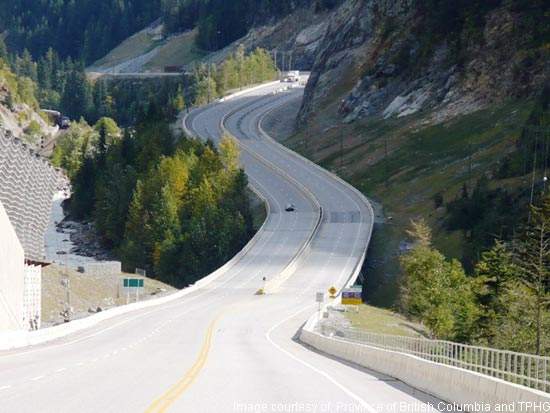 The Yoho Bridge was replaced in Phase 1 of the Kicking Horse Canyon upgrading project. 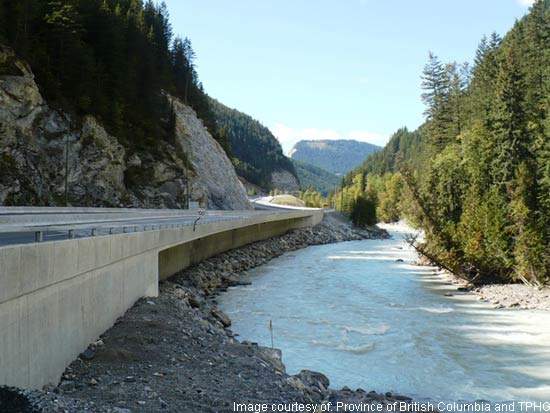 Some of the new road is cantilevered as there was no material to base it on, with the Kicking Horse River running alongside it. 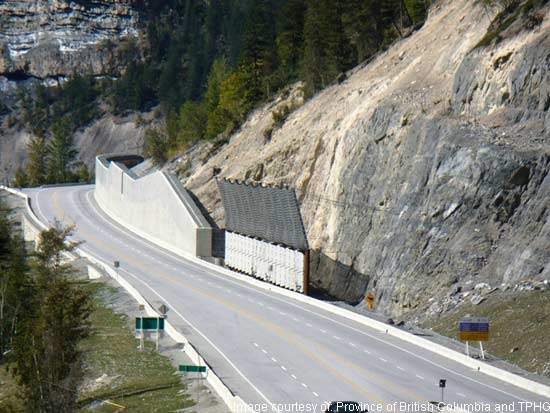 The third phase of the Kicking Horse Canyon upgrade will see the remaining 17km of road upgraded to four lanes to improve safety and minimise rockfall hazard on the road. 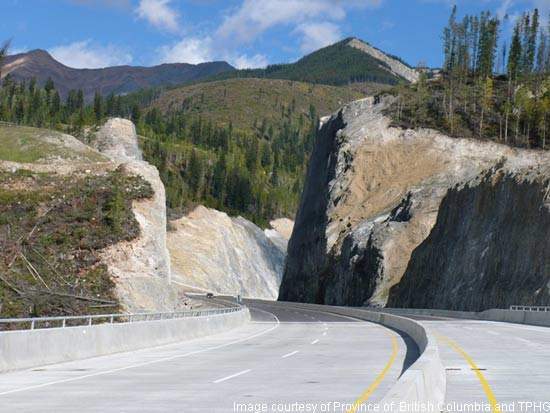 The Park Bridge upgrade was completed in August 2007 and featured a 90m-cut approaching the east abutment.

The Rocky Mountain section of the Trans-Canada Highway between Golden, British Columbia, and Lake Louise, Alberta, has some of the most picturesque scenery to be found in Canada.

The Kicking Horse Canyon section is situated just a little east of Golden and comprises a narrow, winding two-lane road, which has steep rock faces on one side and a sheer drop to the mainline railway and the Kicking Horse River on the other side.

As a result, maintenance and upgrading is a difficult proposition and not much has been done to the road since it was first built in the 1950s.

The road carries around 10,000 vehicles a day in peak times and is used by a mixture of tourist and commercial traffic (24% heavy traffic).

Revitalising this portion of the national highway system, a critical link to British Columbia’s ports and southern routes is critical to strengthening the province as Canada’s Asia Pacific connection and gateway to the world. The project is expected to cost a total of $960m.

The 26km section of road is now being upgraded between Highway 95 junction at Golden and the western boundary of Yoho National Park to a modern four-lane highway (100km/h speed limit). The highway will be ‘softened’ by taking out some of the steep gradients and significantly reducing the curves and bends (hazards). It is hoped this will improve the safety of the highway.

The project is being undertaken in four major phases in a partnership between the provincial British Columbia government and the federal government. Completed in November 2006, phase one included the replacement of the Yoho Bridge and a 3.2km highway upgrade.

Phase two included the replacement of the Park Bridge and 5.8km of highway upgrades. This was completed in August 2007 at an investment of $143m. Construction of phase three began in October 2008 and was completed in July 2014.

The project involved grading and rock removal. The new 270m four-lane twin Yoho Bridge (Delta frame pier design) and rock protection wall contract was awarded in 2002 to Peter Kiewitt and Sons ($23.4m) and was completed by 2004.

A third contract involved the realignment of a section of road from Six Mile Hill to the nearby rest area at Rafters Pullout (two miles east of Yoho Bridge) and also construction of a cantilever bridge. The contract was awarded to Emil Anderson Construction ($17.2m) in 2004 and was completed by late-2006.

The bridge was completed 21 months ahead of schedule and opened in August 2007. Construction work included a 90m-cut approaching the east abutment. The construction of five concrete stanchion supports for the flyover bridge was completed by September 2006. The hydraulic launching of the girders for the bridge deck from the west side in a push and add process started in January 2007.

The bridge is 405m-long, 90m-high with a span of 80m and required 2.5 million kilograms of structural steel to build.

The third phase included: West Signal to Golden Hill, Golden Hill to West Portal, West Canyon, and the Brake Check to Yoho Bridge in the east. It also included the replacement of Mt Hunter Creek Bridge.

Joint funding for phase three was announced by the Canadian and British Columbia Governments in November 2007. In December 2009, a $27.2m design and build contract were awarded to Emil Anderson Construction for the section from Golden Hill to West Portal. Construction on Brake Check to Yoho National Park began in October 2008 and was completed in 2011.

The fourth and final phase of the project will involve upgrading the Highway 95 intersection and West Portal to Yoho Bridge. The project is estimated to cost $450m.

Construction is expected to commence in 2019 for scheduled completion by 2025.