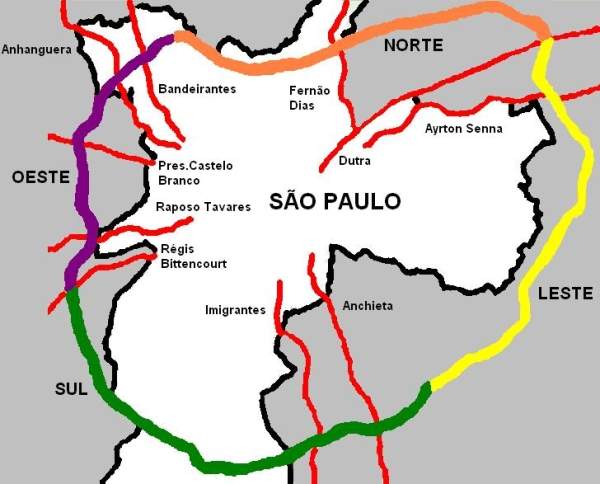 The Mario Covas Beltway (São Paulo metropolitan ring road) is a 177km road currently being built around the city of Sao Paulo in Brazil. Image courtesy of Gaban. 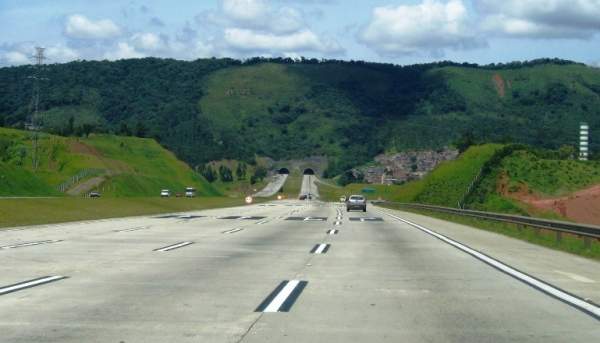 The western section of the Mario Covas Beltway is 32km long. Image courtesy of F Lamiot. 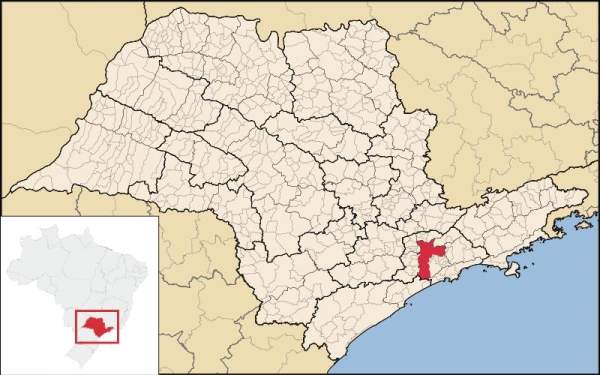 The Mario Covas ring road connects ten major highways that lead into Sao Paulo. The road is expected to be ready before the FIFA World Cup in 2014.

The ring road connects ten major highways leading into Sao Paulo. The road is expected to be ready before the FIFA World Cup in 2014.

The project is being managed by Desenvolvimento Rodoviario (Dersa), a state highways company that is responsible for awarding and monitoring all private sector concessions.

The road, upon completion, will reduce truck traffic in Sao Paulo by 40%.

“The road is expected to be ready before the FIFA World Cup in 2014.”

The first step towards the project was taken in 1952. Before 1992, Dersa considered three alternatives and many variations of the Mario Covas ring road. Finally, in 1998, Dersa got the approval for project construction.

The main objective of the project is to improve the quality of life in the Greater Sao Paulo area by eliminating heavy traffic loads and connecting all roads to Santos port.

It is also aimed at mitigating accidents involving dangerous materials, as well as controlling and preventing pollution.

More than 1.1 million vehicles drive into Sao Paulo daily, leading to the damage of roads, congestion, traffic jams and pollution. Once completed by 2014, the ring road project will reduce traffic congestion in central Sao Paulo by avoiding more than 300,000 vehicles entering into the city.

Construction of the Mario Covas Beltway

The road execution was divided into four sections – west, south, east and north sections. The west and south sections were delivered in October 2002 and April 2010 respectively.

Construction is currently underway in the east and north sections, which is expected to be completed by 2014.

The western section is a 32km-long road, which was delivered in October 2002.

BR-101 is a highway which runs the length of Brazil from north to south across a distance of 3,000 miles (4,828km), passing through as many as 12 Brazilian states. It is the major Brazilian highway, which forms a part of the Pan-American Highway. BR-101 highway is also known as Translitorânea.

The construction of the 61km-long southern section of road was completed in April 2010. The cost of the project was $1.7bn. It was contracted to Arcosul Consortium which consists of construction giants Odebrecht and Constran. Construction included 136 bridges and viaducts. Volvo Construction Equipment supplied the equipment.

Building of the 44km long north section with seven tunnels is expected to be completed by November 2014. It will connect the eastern and western sections of the ring road passing through the cities of Arujá, Guarulhos and São Paulo. Construction of the section is divided into six parts including seven tunnels.

The total investment on the northern section is $3.21bn. The Federal Government will finance $85m, the Treasury of the State Government will contribute $1.39bn, and IDB will provide a loan of $1.1bn.

In December 2011, SPMar began the construction of the Santa Luzia tunnel. In January 2012, SPMar received approval from the Environmental Company of São Paulo (Cetesb) for the installation of the first 4km of viaduct on the Eastern section. The cost of the east stretch is $1.51bn.

In March 2011, Telvent was awarded a contract to provide a SmartMobility Tunnel system on the western section of Mario Covas ring road.

“Mario Covas Beltway (SP-21), also known as the São Paulo metropolitan ring road, is a 177km road currently being built around the city of Sao Paulo in Brazil.”

CCR RodoAnel is the toll operator of Western section of the ring road. The southern section is managed by Semper.