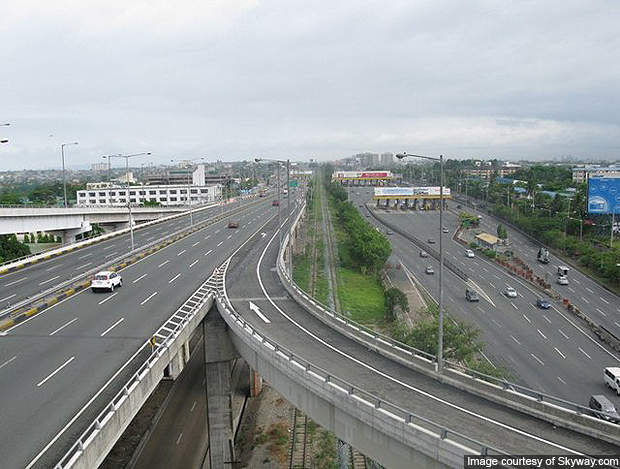 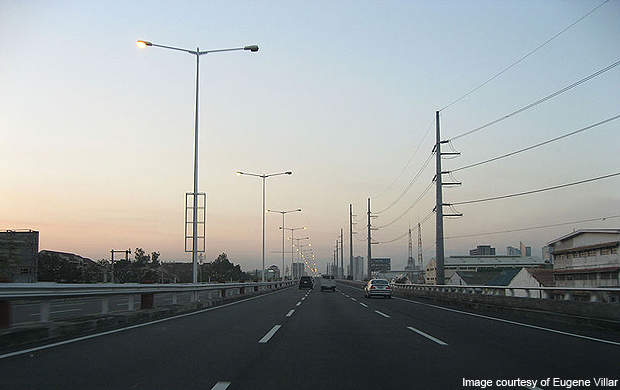 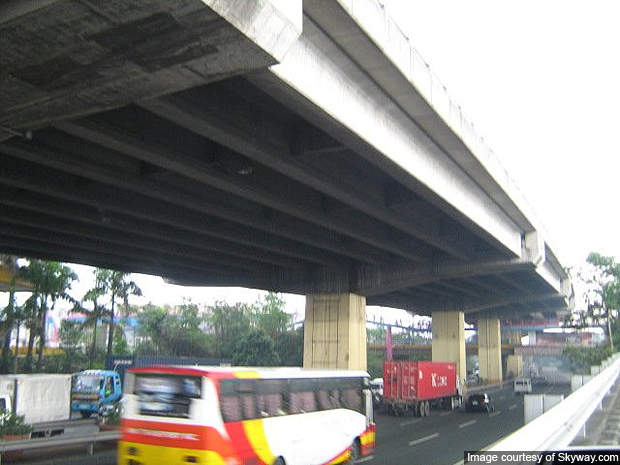 The Skyway operations are being carried out by SOMCo. 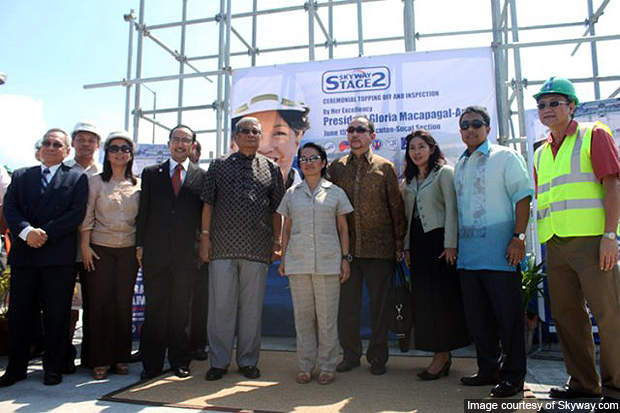 The construction works of Stage two started in 2009. 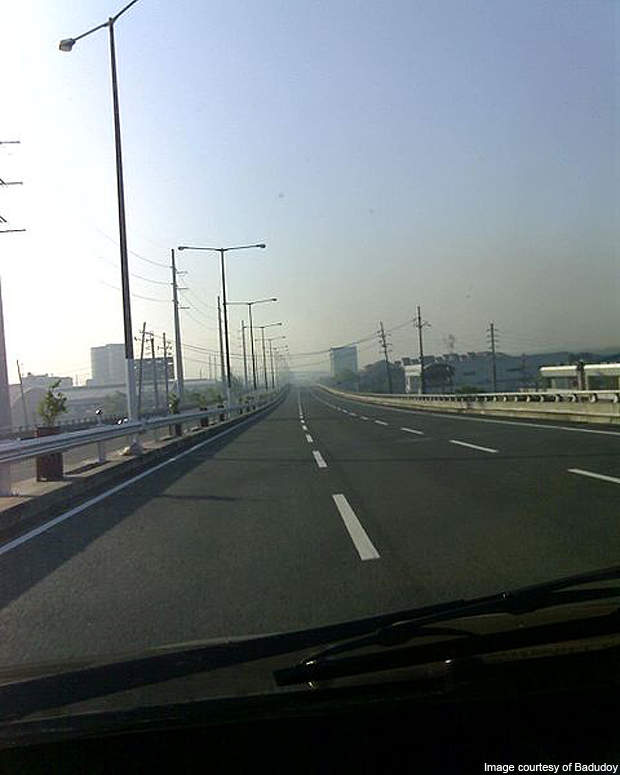 The expressway was initially operated by PNCC Skyway. In 2008, SOMCo (Skyway Operations and Maintenance Corporation) took over as the operator.

Stage two involved the construction of a 6.88km-long expressway from Bicutan to Alabang, which extends from the 9.5km toll road from Makati to Bicutan. The construction work initially began at the San Martin de Porres Temporary Exit Ramp. In Stage two, the Skyway crosses Muntinlupa City.

The six-lane Main Toll Plaza between Sucat and Alabang replaces the temporary Skyway Toll Plazas at the NAIA flight path.

The six-lane Main Toll Plaza between Sucat and Alabang replaces the temporary Skyway Toll Plazas at the NAIA flight path.

Stage three involves the construction of a 13.24km connector road, 10.54km of which will run right over the Philippine National Railway tracks and 2.7km over the Osmeña Highway. The construction involves linking the missing segment between Buendia and Balintawak.

The road will be connected in the north to Segment 10, which will be constructed through the cities of Caloocan and Valenzuela. The connector road is expected to have four entry and exit points at the C-3 Road in Caloocan, Buendia in Makati and España, and Quirino Avenue in Manila.

The project is expected to attract more investments to the south of the Manila area. It will also enhance trade, delivery of goods and services situated in Metro Manila and Southern Luzon.

The section of Bicutan to Sucat, including the slip ramps was completed in 2015. It is part of the South Luzon Expressway expansion. Upon completion of stage two, the San Martin de Porres temporary exit was removed and vehicles exit in Sucat and Alabang.

Stage two created 2,500 jobs and more employment is expected to be created by the time of completion of the project.

The project is being managed by a consortium of Renardet. US-based Pertconsult International is acting as the independent consultant. The design consultant for the project is JF Cancio Assc.

Citra Metro Manila Tollways Corporation is acting as the proponent for the Skyway project.