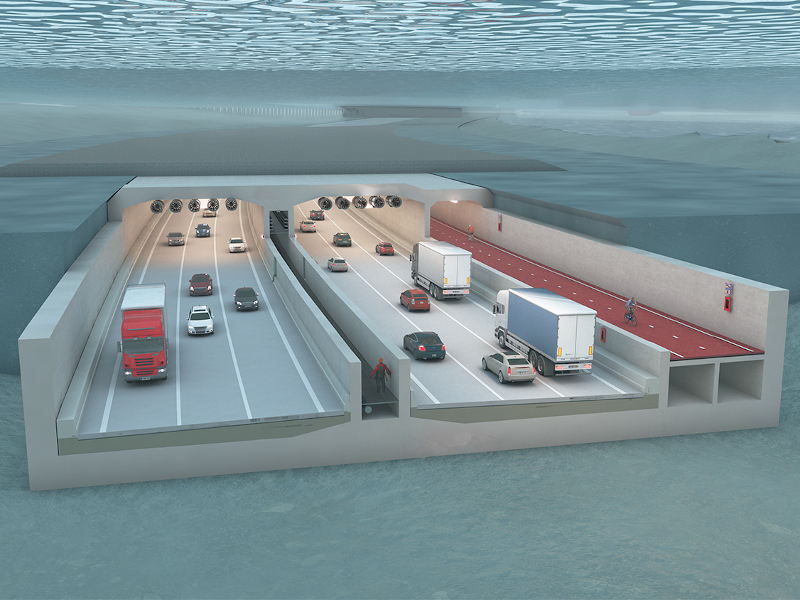 Oosterweel link will extend over a length of 15km and complete the Antwerp Ring Road. Credit: Lantis. 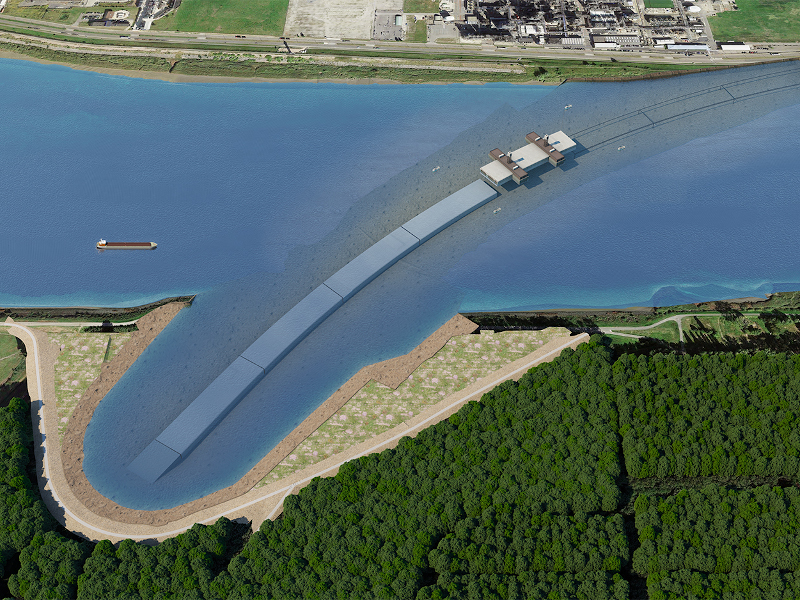 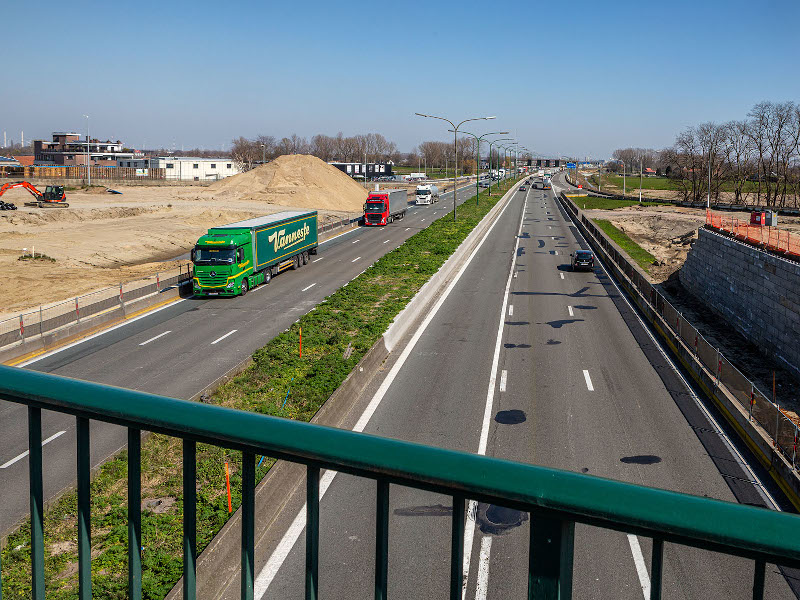 The entire link will become operational in 2030. Credit: Lantis. 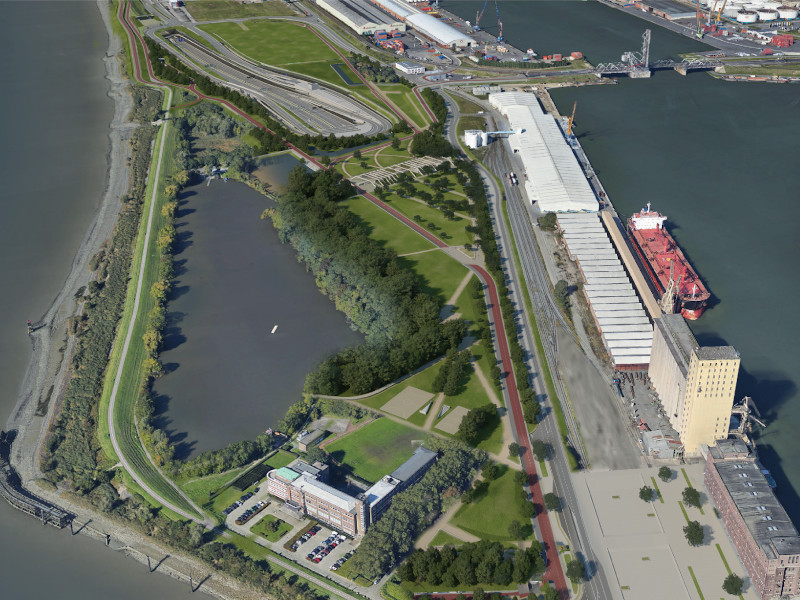 The European Investment Bank is providing a loan for the Oosterweel connection. Credit: Lantis.

Oosterweel Link is a new 15km-long motorway connection being developed by Lantis for completing the Antwerp ring road R1 in Belgium.

The motorway connection will link E17 (Ghent) and the E34 / N49 (Bruges) on the left bank of the Scheldt river with the E19 / A12 motorways towards the Netherlands and the E34 / E313 motorways towards Germany and Luxembourg. It consists of five sub-projects, including Linkeroever, Zwijndrecht, Scheldt tunnel, Oosterweel junction, Canal tunnels and R1-Noord.

The main construction works for the project commenced in February 2018. The new highway infrastructure on the left bank and the Zwijndrecht will be completed in 2024, while the Scheldt tunnel will open to traffic in 2027. The entire Oosterweel connection is scheduled to become operational in 2030.

The Antwerp ring road is a key part of the Trans-European Transport (TEN-T) Core Network. The Oosterweel link will resolve bottlenecks and mobility problems on the ring road. It will be used for heavy truck traffic and will shift important southern side traffic to the northern side while reducing congestion.

Oosterweel Link was launched by the Flemish Government as part of its Masterplan 2020. It also forms part of the government’s broader Route Plan 2030 mobility plan.

The environmental impact assessment report for the project was approved by the Flemish Government in 2016. Lantis invested approximately €180m ($202.4m) for preparing the environment for the construction of the Oosterweel connection.

A major part of the Oosterweel link will be designed underground. It will offer optimal access to the port. A roof will be created from the construction of the ring, which will be used to connect neighbourhood regions. A differentiated toll system will be installed in order to divert correct traffic to the tunnel.

The left bank interchanges will be redesigned and reconstructed and a new road will be constructed next to E17 and E34 in Zwijndrecht, which will bring the local traffic to the motorway.

The Scheldt tunnel is a 1.8km-long twin tube immersed tunnel with three lanes on each side, as well as a separate lane for cyclists.

“The entire Oosterweel connection is scheduled to become operational in 2030.”

The tunnel’s starting point will be at the Sint-Anna intersection on the left bank, from where it will go underground between the Sint-Anna forest and Blokkersdijk. It will rise at the height of the North Castle by connecting the southern harbour and the Eilandje in the northern part of the city.

Scheldt tunnel will connect to the new Oosterweel junction on the right bank and will serve as access to the port of Antwerp and the northern side of the city, Het Eilandje.

Preparatory work for the tunnel is expected to start in 2020 and construction will begin in 2021. The tunnel elements will be constructed at Zeebrugge and transported to Antwerp by water.

The Canal tunnels will be dual-layered with four tubes, stacked two-by-two, starting from the Amerika dock and going under the Albert Canal. They will split into two separate tunnels at the east side of the Noorderlaan and connect to the R1 ring road.

The Merksem viaduct will be demolished and the R1 will be inserted into an open cut tunnel under the Albert Canal. A new junction will be developed at Deurne in order to allow traffic from the ring road and the E313 to the Bisschoppenhoflaan and the Noordersingel.

The total estimated cost of the project is approximately €4.5bn ($4.88bn), of which €3.6bn ($3.9bn) will be borrowed from the Flemish Government and the European Investment Bank.

Lantis awarded a €570m ($635.9m) contract to Temporary Trade Association COTU consortium consisting of Besix, Bam Contractors, Deme and Jan de Nul for the construction of the Scheldt tunnel in June 2020. The consortium will also be responsible for design and implementation of the traffic and tunnel installations.

Arcadis was subcontracted by the Rinkoniên consortium to perform engineering studies for the subproject.

ENGIE Fabricom team is responsible for traffic and tunnel installations in order to offer a safe and smooth driving experience during construction.

ZJA Zwarts & Jansma Architects is responsible for designing the link over the right bank of the Schelde river, while Tunnel Engineering Consultants, a joint venture of Royal Haskoning, DHV and Witteveen & Bos, performed engineering works for the left bank works.

Asite’s Common Data Environment (CDE) solution was chosen by Lantis to efficiently manage, maintain and share information on the development of the project.