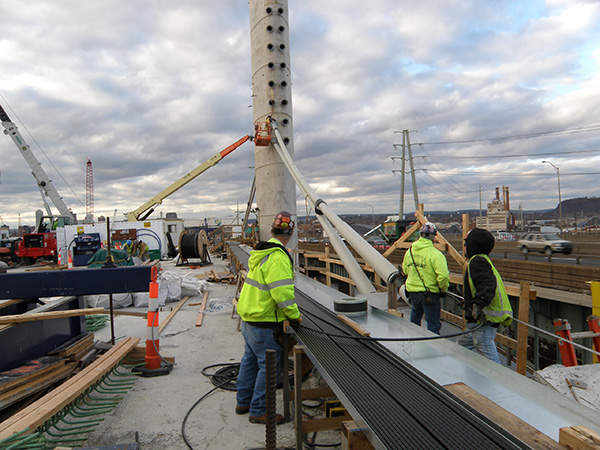 The Pearl Harbor Memorial Bridge was built on Interstate 95 (Connecticut Turnpike) over the Quinnipiac River. 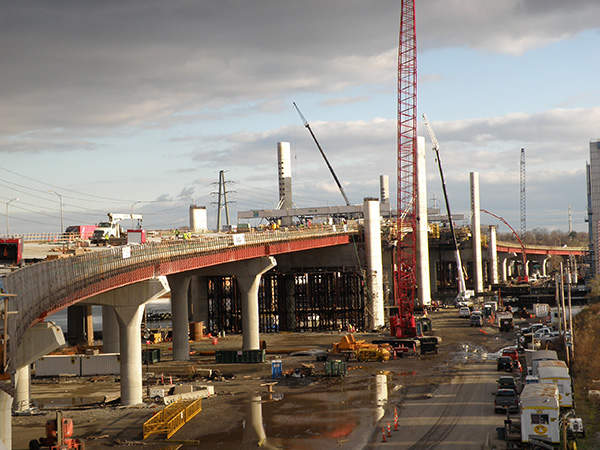 The reconstruction of the memorial bridge was completed in July 2015. 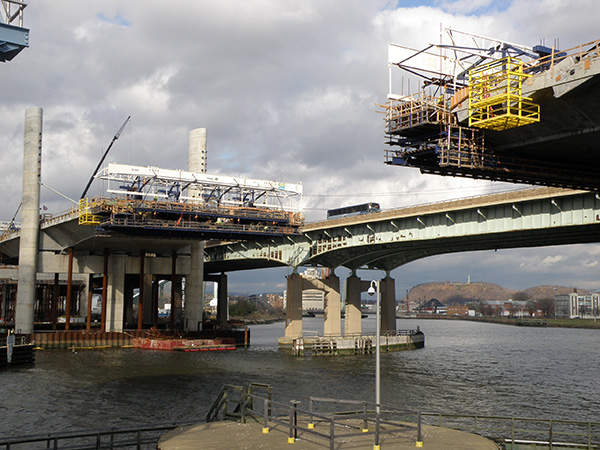 Construction on the extradosed cable-stayed bridge began in 2008.

The northbound span of the Pearl Harbor Bridge was opened to traffic in June 2012, while the construction on the southbound span is in progress.

The reconstructed bridge is supported by piers laid on shaft foundations. 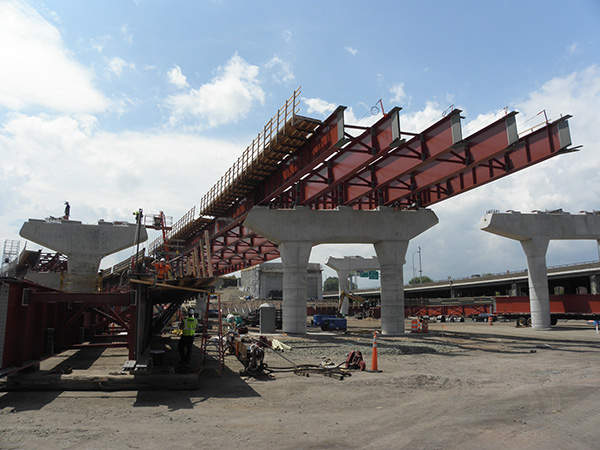 The southbound span of the crossing was expected to be completed in July 2015.

It is an extradosed cable-stayed bridge that accommodates five travel lanes in each direction, as well as full inside and outside shoulders.

Construction of the bridge, which is owned by the Connecticut Department of Transportation (ConnDOT), began in 2008 and was completed in July 2015. It is a part of a $3bn project to reconstruct and widen 13 miles of I-95, between West Haven and Branford.

The northbound span of the bridge was completed and opened to traffic in June 2012, while the southbound span was opened in September 2015. The bridge can accommodate more than 140,000 vehicles a day.

In 1989, the ConnDOT and the US Federal Highway Administration (FHWA) initiated a study to improve the I-95 between Branford and West Haven.

The old bridge was constructed as part of the Connecticut Turnpike project in the 1950s, but it became outdated with traffic bottlenecks becoming a chronic problem. The study considered replacing the existing bridge on Quinnipiac River with a better option.

The bridge was opened with a design capacity to accommodate 40,000 vehicles in a day, but the vehicle traffic on the bridge currently increased to more than 120,000 vehicles a day. In 1992, ConnDOT and FHWA presented many alternatives for the construction of a new bridge in a draft environmental impact statement.

Design of the Q Bridge

The final design of the bridge, prepared in 2001, featured a 75ft tower above the bridge deck. The ten-lane, cable-suspended, extradosed bridge has a centre span of 515ft and two side spans each measuring 249ft-long. The overall length of the bridge is 1,013ft.

The bridge was constructed by placing two integrated pier caps, encasing four girders and spanning 230ft over a roadway. The pier caps lock the girders into the concrete and restrict movement.

The construction works included shaft foundations, anchor piers, tower piers and superstructure for the extradosed cable-stayed bridge. It also included construction of retaining walls, disposal of hazardous materials and demolition of the existing structure. The entire construction was divided into three phases.

The $137m contract for phase one of the bridge’s construction, which is also known as contract B-1, was awarded to a joint venture between Cianbro and Middlesex III in June 2009.

The scope of the contract included the construction of northbound approach structures of the bridge. URS provided the design for the project, while H.W. Lochner was in charge of construction engineering and inspection, while Parsons Brinckerhoff was programme manager.

Hippwrap was hired for providing the design for a shrink-wrap system to encase the 230ft bridge span. Polygon was awarded a contract to install eight 30t DX cooling units and two 20t DX cooling units to hold the steel beams at 66. It also deployed five of its ExactAire systems, while Munters was subcontracted to handle the temperature control.

The $417m contract B was awarded to a joint venture comprising Walsh Construction and PCL Civil Constructors. The scope of work included the construction of full shoulders and a new median barrier on both sides of the bridge, as well as installation of new drainage, signage and lighting on the bridge.

The cost of the new bridge’s construction was estimated to be $800m in 1997. It was later anticipated to be $1.5bn to $2bn. The project was financed with 90% federal funds, with the remaining 10% coming from state and local funding.