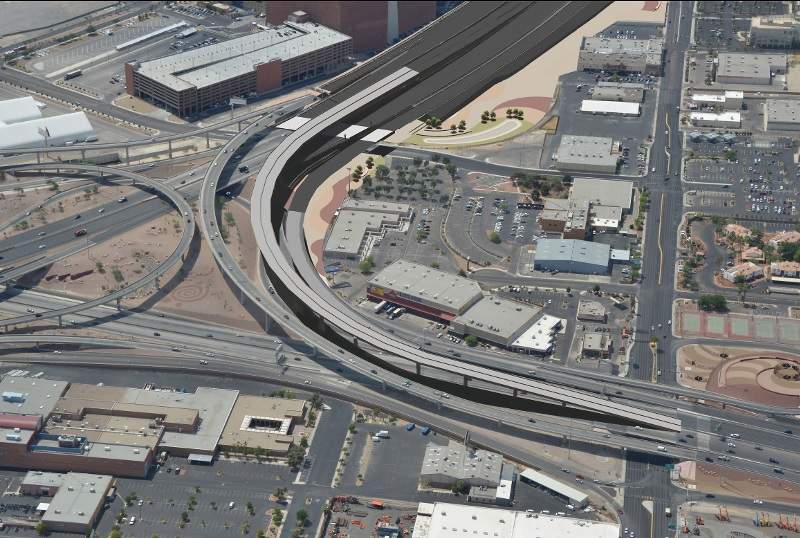 Project NEON will upgrade the 3.7-mile (5.95km) section of the I-15 between Sahara Avenue and the Spaghetti Bowl interchange. Credit: Atkins. 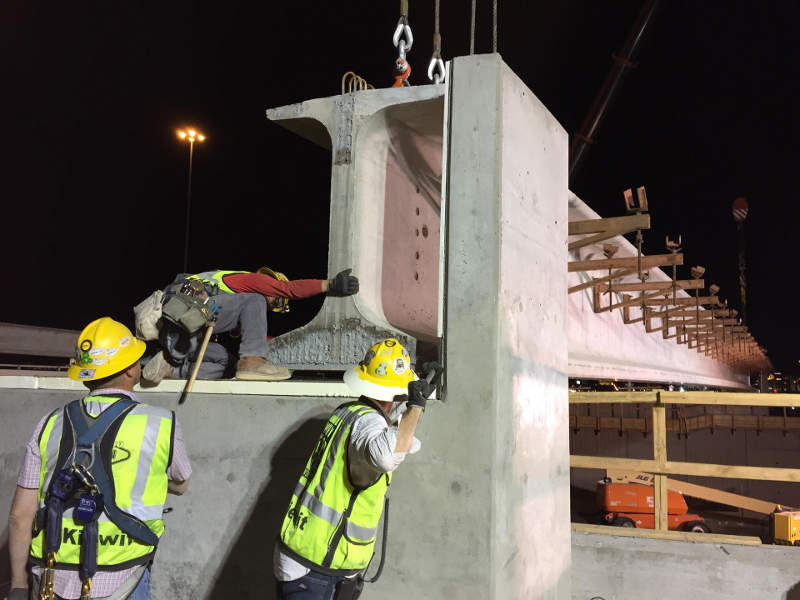 The project will improve safety and mobility across the corridor. Credit: Nevada Department of Transportation.

The corridor will include dynamic message signs to provide information regarding speed limit. Image courtesy of Daktronics.

Project NEON includes the upgrade of a 3.7-mile (5.95km) section of the Interstate 15 (I-15) from Sahara Avenue to the Spaghetti Bowl interchange in Las Vegas, Nevada, US.

The Nevada Department of Transportation (NDOT) is executing the freeway project, which is touted to be the biggest public works project to be undertaken in the state. Estimated to cost $1bn, construction on the project began in April 2016 and is expected to be completed by 2019.

Project NEON will improve safety and mobility over the corridor and enhance accessibility in Las Vegas. It is expected to create more than 4,000 local jobs during construction.

The 3.7-mile (5.95km) stretch between the I-15 and the Spaghetti Bowl interchange is one of the busiest corridors in Nevada. The corridor carries 300,000 vehicles a day and handles 25,000 lane changes an hour, witnessing three crashes a day on an average.

With traffic projected to double by 2035, Project NEON is essential to address a number of deficiencies on the 3.7-mile stretch. The project will enhance safety and accessibility while reducing congestion, accidents and connectivity issues in Las Vegas.

Upon completion, traffic delays are expected to be reduced by 28%. The air quality is expected to improve as a result of decreased waiting time and vehicle exhaust. In addition, the project is expected to contribute $110m in annual savings by boosting productivity.

Details of the road upgrade project in Nevada

Project NEON will separate freeway traffic from general traffic thereby minimising the merging and weaving of traffic in the corridor. It will convert one of the I-15 express lanes of the corridor into a High Occupancy Vehicle (HOV) lane and one general-purpose lane. The 81ft-tall, 2,606ft-long HOV flyover will connect the US 95 with the I-15, creating 22 miles (35.4km) of continuous carpool and rapid use lanes.

Other components of the project include southbound ramp braiding, upgrade of Charleston Boulevard interchange and realignment of the Martin Luther King Boulevard (MLK) interchange with the flyover. A new HOV interchange at Wall Street called Neon Gateway will also be built.

In addition, a Grand Central Parkway extension towards Western Avenue and Industrial Road will be built along with aesthetic and landscape upgrades, and improvements to local roads, signage and drainage.

The project is being constructed in three phases, with approximately 40% of construction completed and work on the MLK exchange nearing completion as of July 2017.

The project is expected to use 607t of reinforcing steel and 6,342 cubic yards of concrete for construction. In addition, 43 structures will be demolished and 17 miles of utilities will be installed.

Project NEON is being funded through state revenue bonds with the Nevada State Transportation Board approving construction bonds for the project in November 2015.

In addition, the City of Las Vegas provided $75m in federal highway funding.

Kiewit Infrastructure West was awarded the $559.4m design-build contract for the project, while Atkins was appointed as the lead designer.

Daktronics was contracted to supply 150 dynamic message signs to display speed limit and other information on the corridor.

C A Group is providing design assistance to the lead designer.