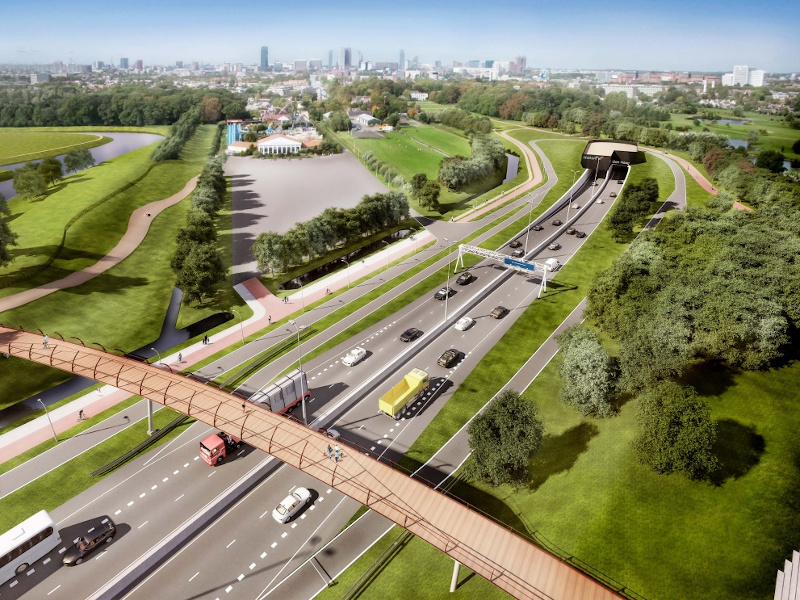 The 4km-long Rotterdamsebaan project will connect the A4 and A13 motorways to the Centrumring of The Hague. Credit: BAM Bouw en Techniek bv. 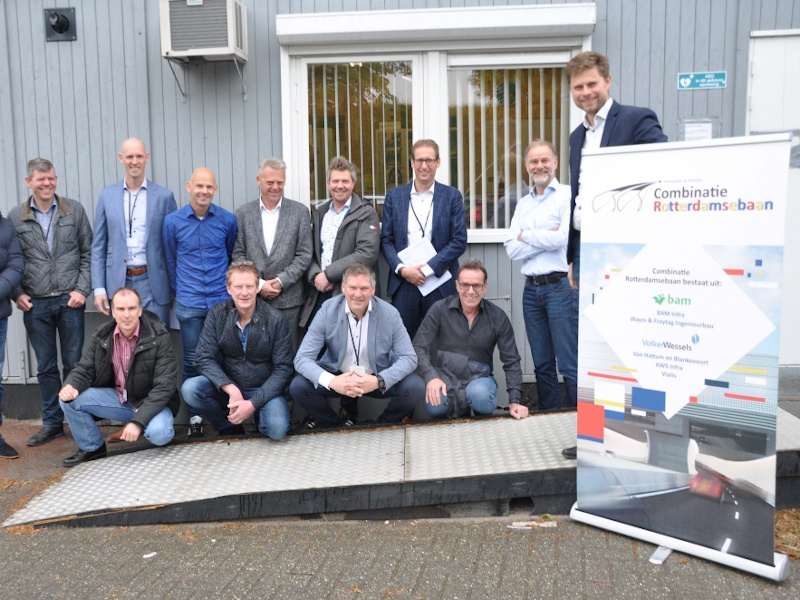 The project is expected to be completed by December 2020. Credit: BAM Bouw en Techniek bv. 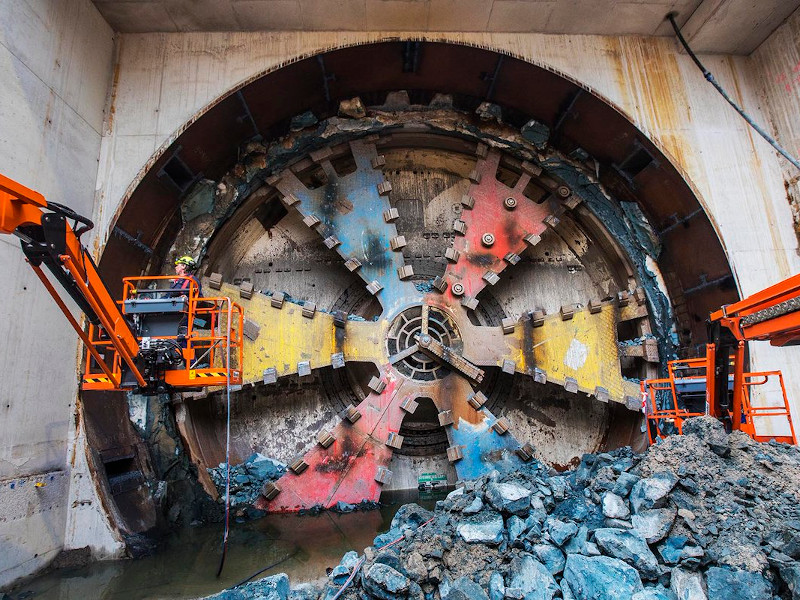 Rotterdamsebaan project is a 4km-long new road connecting the national road network A4 and A13 motorways with the central ring road of The Hague.

Developed by Combination Rotterdamsebaan, the road will pass through the municipalities of The Hague, Rijswijk and Leidschendam-Voorburg.

The motorway project is the largest infrastructure development in The Hague. It will act as a gateway to the city of The Hague and improve traffic connections in the city and surrounding regions. It will also make the region more accessible and reduce congestion on the existing Utrechtsebaan road.

Early works commenced in 2014 while the main construction began in May 2016. The new road is expected to become operational by December 2020.

The Rotterdamsebaan project will include a pedestrian bridge, a 1.6km-long tunnel and an urban boulevard. It will be integrated with green and water-rich landscape.

The road will begin at the Ypenburg junction and end at the Binckhorstlaan. It can be accessed from the A4 and A13 through the Laan van Delfvliet.

Users can also drive onto the Rotterdamsebaan from the Laan van Hoornwijck. The road will go underground at the Leeuwenbergh golf course. It will then enter the Victory Boogie Woogie tunnel that runs below the Westvlietweg, Forum Hadriani archaeological site, Voorburg-West and the Binckhorst harbour.

The road will then rise above the ground at the Zonweg where it will be connected to Binckhorstlaan and Mercuriusweg.

“The road will act as a gateway to the city of The Hague and improve traffic connections in the city and surrounding regions.”

The tunnel, which is an integral part of the Rotterdamsebaan project, is installed with all the required systems. It is also installed with white panel boarding and LED lighting, as well as white, black and guiding red tail lights.

The two tunnel tubes are located approximately 4m apart with two lanes in each tube. Each tube has a diameter of more than 10m and lies 29m below the ground at its deepest point.

The operations of the tunnel are handled and monitored by a new control centre located at the Noordelijk Havenhoofd.

The construction of Molenvlietpark is part of the Rotterdamsebaan project. It has been designed around the Vlietzoom between Golf club Leeuwenbergh, Kansjesmolensloot, Estate Vredenoord and Laan van ‘s-Gravenmade business park.The first part of the park was opened in June 2020.

The Combination Rotterdamsebaan consortium includes BAM and VolkerWessels. The Municipality of The Hague awarded a €300m ($318.4m) contract to a joint venture comprising of BAM Infra and Wayss & Freytag Ingenieurbau for the design, construction and operation of the Rotterdamsebaan project in November 2015. The contract also includes the maintenance of the road for a period of 15 years.

The Rotterdamsebaan design was developed by Paul de Ruiter Architects in collaboration with Benthem Crouwel Architects and Landschappartners. Sorba is responsible for engineering and installation of 34,000m² tunnel walls.

In May 2019, BAM Modulair and BAM Industrie received a €3m ($3.35m) contract to deliver technical installations for the service building and the two technical buildings of the project.

BAM Modulair is supplying all control cabinets and terminal boxes for the sprinkler system while BAM Industry is providing engineering and installation of medium and low voltage installations.

Sarens assisted in transporting and lifting the tunnel boring machine for the Victory Boogie Woogie tunnel.