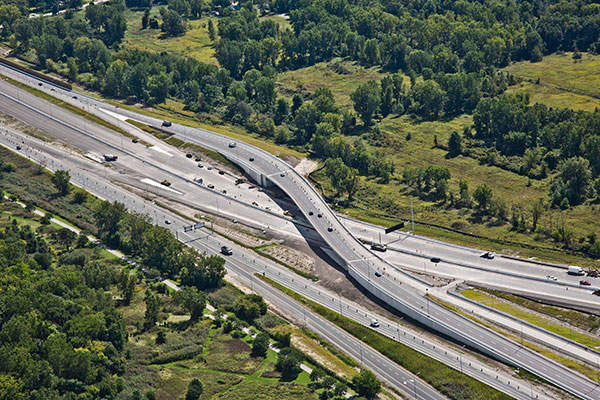 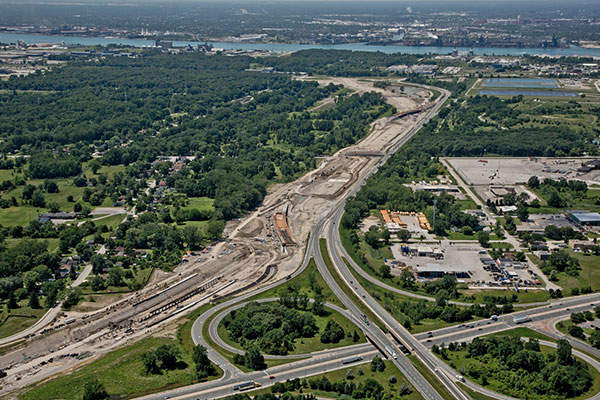 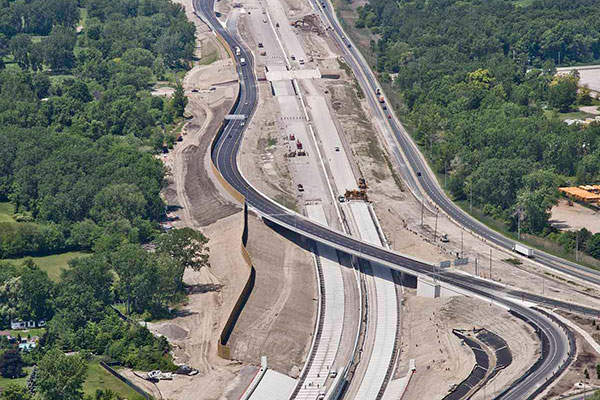 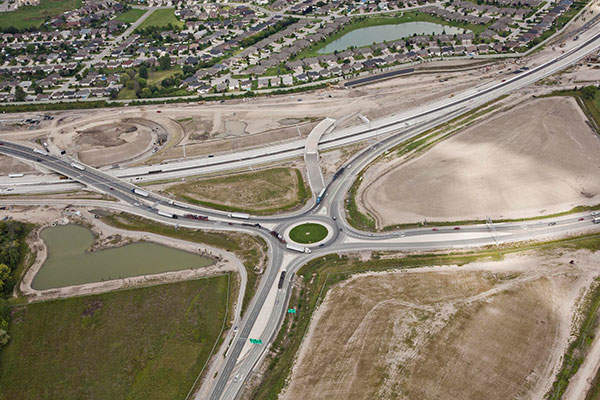 The parkway includes 11 tunnels, 15 bridges and a roundabout that was opened in 2012. Credit: Rt Hon Herb Gray Parkway project team.

Rt Hon Herb Gray Parkway is a new highway infrastructure project constructed near Windsor in Ontario, Canada. The $1.4bn project is named after Right Honourable Herb Gray, a politician based in Windsor, and is owned by the Province of Ontario.

Formerly known as the Windsor-Essex Parkway, the project is the Ontario access road portion of a proposed plan to connect Highway 401 in Ontario to Interstate 75 in Michigan via a new international bridge. It is the biggest highway investment project in Ontario’s history.

Construction of the project started in August 2011 and was completed in November 2015. It generated approximately 12,000 project-related jobs in the Windsor-Essex area.

The Windsor-Detroit Gateway is Canada’s busiest land border crossing for trade and carries 28% of the country’s trade with the US via the 85-year-old Ambassador Bridge. Millions of cars, trucks and buses travel between Canada and the US each year through the corridor, causing frequent traffic build-ups at the border.

The Parkway project was proposed in May 2008 by the Detroit River International Crossing (DRIC) study to link Highway 401 to the site of the new Detroit River Bridge, while avoiding downtown areas and traffic junctions.

Ontario’s Ministry of Transportation (MTO) and Infrastructure Ontario delivered the project through the alternative financing and procurement (AFP) model. Windsor Essex Mobility Group (WEMG), a consortium of ACS Infrastructure Canada, Acciona Concessions Canada and Fluor Canada, was selected in November 2010 to design, build, finance and maintain the Parkway under a $1.4bn contract.

The Rt. Hon. Herb Gray Parkway comprises a six-lane below-grade freeway that extends Highway 401 through the municipalities of Tecumseh, LaSalle and Windsor. It also includes an adjacent four-lane, at-grade, service road as an extension of Highway 3, 11 covered tunnels and 15 bridges. The tunnels range from 120m to 240m in length, covering a total distance of 1.8km.

A multi-lane roundabout that connects Highway 401’s on and off-ramps, Highway 3 and Howard Avenue Diversion (County Road 9) were opened to traffic in November 2012.

Extensive landscaping, including 300 acres of green space, 20km of recreational hiking and bike trails and ecological restoration sites were created throughout the corridor.

The highway is drained into adjacent stormwater management ponds and wetlands through five pump stations. Noise mitigation measures, full illumination and advanced traffic management system are implemented on the road.

Initial site works began in December 2009 with the construction of two bridges and a noise barrier, which were completed by January 2011.

The construction was divided into three phases. The first stage included temporary works to relocate Highway 3, and construction of bridges, tunnels and earthwork.

The tunnels and bridges are supported by 5,600 steel piles that were driven into the ground by a pile driver until they hit the bedrock.

Mississauga Transitway is an 18km east-west transitway being constructed across Mississauga in Toronto, Canada.

Innovative design solutions such as NU-type pre-stressed concrete girders, a concrete layer on structures for fireproofing and incorporating a new fire hydrant into the parkway’s median jersey barrier were implemented during the construction.

A total of 1,483 girders were installed and 3.9 million cubic metres of earth was excavated. Approximately 1,200 construction workers, technicians and designers are present on the parkway site at peak hours.

Key players involved with the project

Parkway Infrastructure Constructors (PIC), a joint venture of Fluor Canada, Dragados Canada and Acciona Infrastructures Canada, was subcontracted by WEMG to design and construct the parkway.

Facca Construction was awarded a $15.5m contract in December 2009 to complete the initial construction works.

Hatch Mott MacDonald designed the bridges, tunnels, culverts and pump stations as well as major portions of the roadway works.

Dillon Consulting was involved with the design management, utilities, landscape and urban design, in addition to transportation, structural and water resources engineering. They were responsible for the detailed design of all drainage, hydrology and municipal engineering.

Armtec Infrastructure installed more than 6km of sound-absorptive noise barriers, under a sub-contract with PIC.