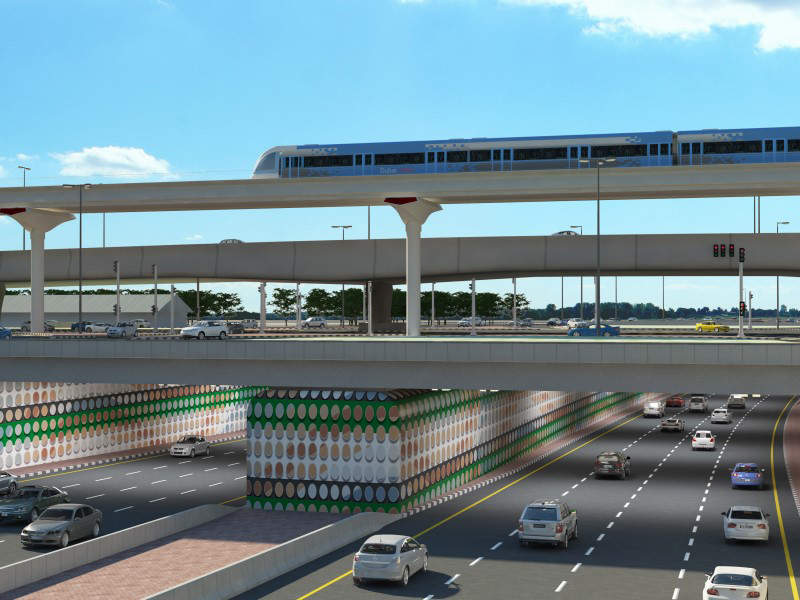 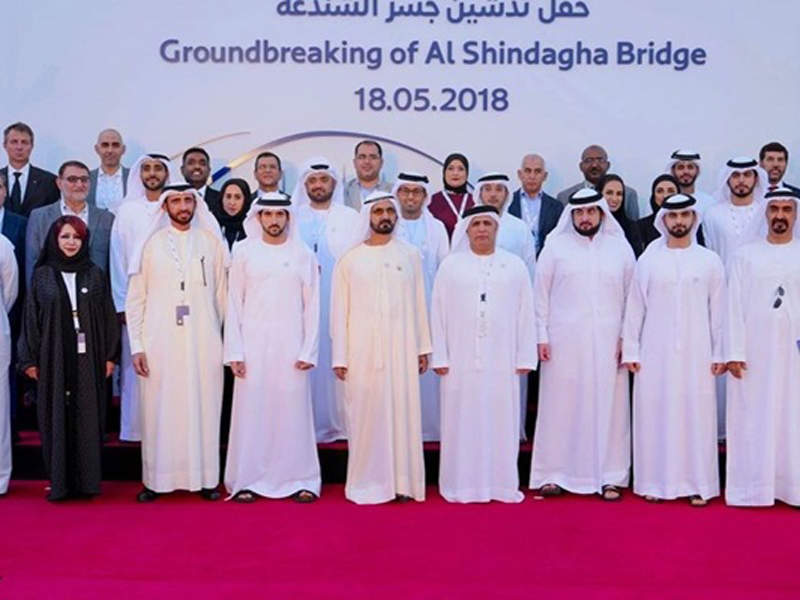 Ground-breaking for the Shindagha Bridge project was held in May 2018. Credit: Six Construct. 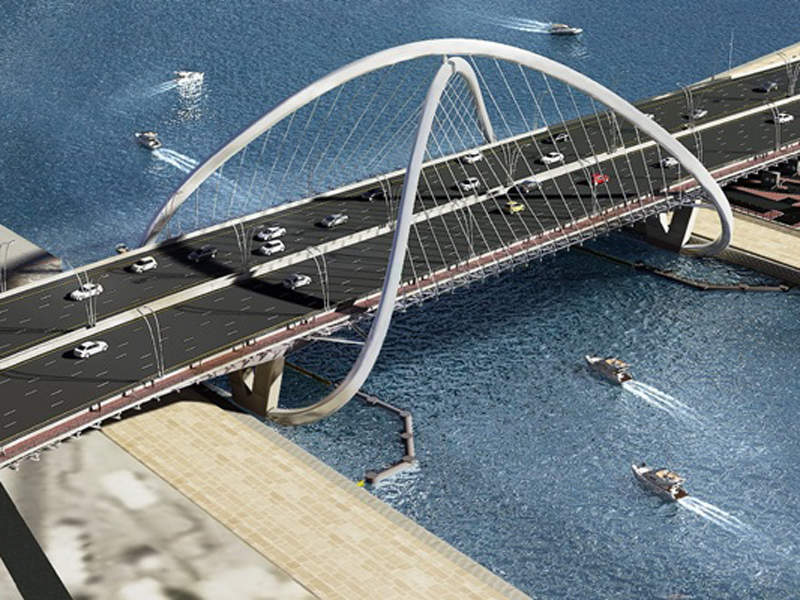 Dubai’s Roads and Transport Authority (RTA) is undertaking the corridor project in five phases, with an investment of AED5.035bn ($1.37bn).

A 295m-long Al Shindagha Bridge is also being constructed under the third phase of the Shindagha Corridor project. Construction of the bridge was started in May 2018 and is expected to be completed in 2022.

The five-phase Shindagha Corridor project is focused on improving various local roadways in the heart of Dubai. The Sheikh Rashid Street-Oud Metha Street Junction (Wafi Junction) was improved in the first phase. The existing Al Shandagha tunnel underwent maintenance works, including drilling tests for the outer wall of the tunnel, as part of phase one.

The second phase involved improvements to the Sheikh Rashid-Sheikh Khalifa bin Zayed street junction, while the 295m-long Shindagha Bridge is being constructed under the third phase.

Phase four will extend the Shindagha Bridge and upgrade the Al Khaleej Street along with the intersection with Abu Hail Street. The intersection of Sheikh Rashid Street with Jumeirah, Al Mina and Al Mankhoul streets will also be upgraded.

Expected to be completed by 2025, the fourth phase works include the construction of 3.4km of bridges, 2.25km of tunnels, seven surface junctions and 5.1km of roads.

The fifth phase of the project involves the construction of Deira Southern Island with 1.5km-long bridges by 2027.

The $107m Al Shindagha Bridge will be a 12-lane bridge with six lanes in each direction and connect Bur Dubai with Deira.

The bridge will provide connectivity between megaprojects such as Deira Islands, Dubai Water Front, Rashid Port and Dubai Maritime City.

Featuring an iconic infinity sign design concept, the bridge will stand 15.5m above water level to allow free passage of boats on the Creek. The 42m-tall infinity arch use approximately 2,400t of steel for the construction.

A three-lane bridge was constructed from Oud Metha Street near Latifa Hospital to Sheikh Zayed Road and Al Saada Street, as part of phase one. The 700m-long bridge is capable of accommodating 3,300 vehicles an hour.

Phase two works included the construction of two bridges, which include a four-lane bridge on the Sheikh Khalifa bin Zayed Street and a bridge with a solitary lane, between Zabeel Street and Sheikh Rashid Street.

Opened in February 2018, the bridges eased traffic congestion for vehicles heading towards Al Karama and the World Trade Centre junction.

Further, a new four-lane tunnel constructed on Sheikh Rashid Street towards Al Mankhoul Junction was opened in April 2018. A junction with traffic signals was also constructed below the four-lane bridge to facilitate a free turn from main roads to subsidiary roads.

Parsons was selected as the consultant for the Shindagha Corridor improvements project in October 2015. The contractual scope includes preliminary concept study, preliminary design, final design, tender documentation, and construction supervision of the project.

Wade Adams was contracted to create access to Deira Island at Abu Baker Al Siddique Street and carry out improvements at the Sana Junction.