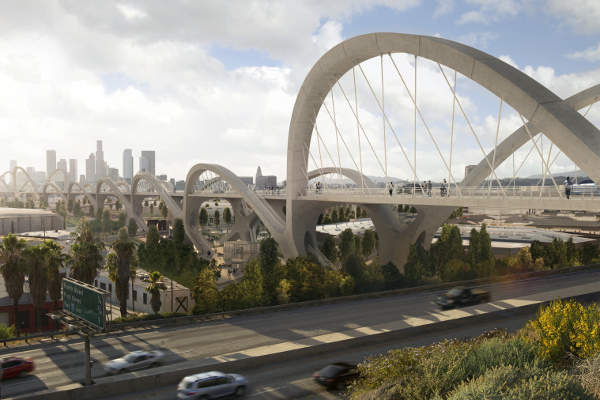 The new bridge will incorporate HNTB’s 'Ribbon of Light' design concept matching a series of bridges over the Los Angeles River. 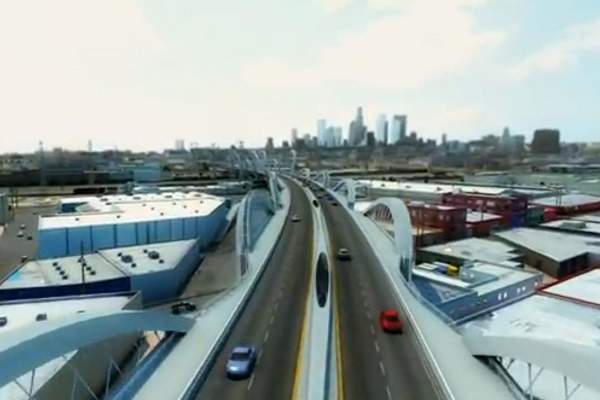 A rendering of HNTB's new bridge design for the Sixth Street viaduct. 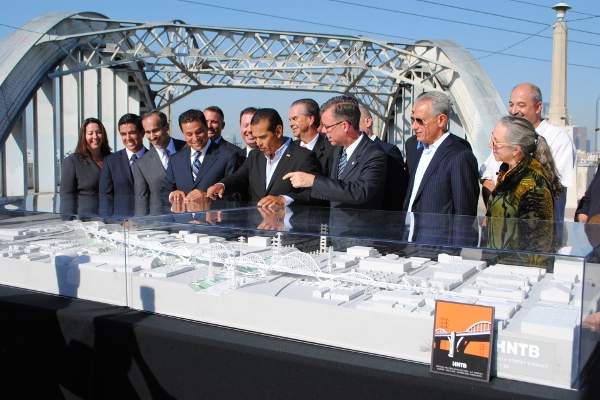 HNTB won the international design competition for the design of the Sixth Street Viaduct in October 2012. 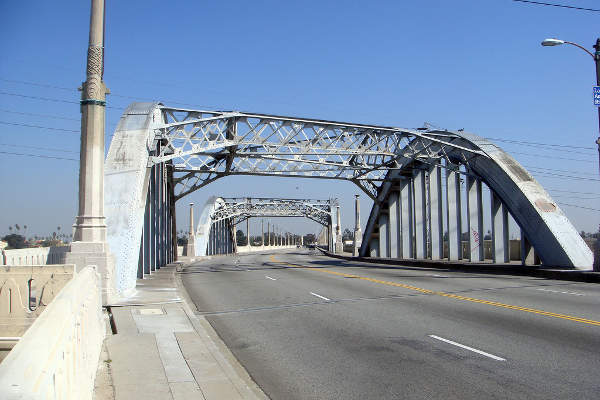 The existing Sixth Street Viaduct will be replaced due to safety issues. Credit: Kansas Sebastian.

The bridge links the Los Angeles River, Metrolink tracks, Union Pacific Railroad tracks, Santa Ana Freeway, Golden State Freeway, and other local streets. It is maintained by the City of Los Angeles and the California Department of Transportation (Caltrans).

The viaduct replacement project was approved in 2007 by the Los Angeles City Council, Caltrans, and Bureau of Engineering.

Construction on the new bridge and demolition of the old bridge started in February 2015. The new bridge is expected to open in 2019.

The project will create approximately 3,000 jobs and is estimated to cost $420m, the majority of which is funded by the US Federal Highway Bridge Programme.

The existing Sixth Street Viaduct was constructed in 1932. The 3,500ft long bridge serves as a transportation link between LA Arts District and Boyle Heights. The bridge is made up of the west and east segments constructed of reinforced concrete, and the central arched segment, which traverses the LA River, constructed of steel.

Just 20 years after its construction, the bridge’s cement supports began to split up due to a chemical reaction known as alkali-silica reaction (ASR). Several restoration and precautionary works were carried out over the years but resulted in no concrete solution.

Seismic vulnerability studies on the bridge, completed in 2004, concluded that the viaduct would collapse if a major earthquake occurred. Besides the material deterioration and lack of structural strength, the bridge also has geometric design and safety deficiencies, which necessitated a complete replacement of the structure.

The new bridge will feature canted cable support arches, which will create a stress-ribbon-like sequence along the entire 3,500ft-long bridge. It will also feature new roadway shoulders and wider sidewalks. The curves along the stretch will be removed, a safety median buffer will be placed, and bicycle and pedestrian pathways complying with the Americans with Disabilities Act will be built.

The new viaduct will provide improved access to the river. The access points will be located at the base of the arches and community gathering space on either side of the river. An Arts Plaza centre will also be constructed near the new bridge, which will serve as an urban gathering place for the local people. A new viaduct park and riverside greenway will be constructed to provide a green atmosphere for the Boyle Heights residents.

A consortium led by HNTB was selected to provide design and construction services for the new bridge in October 2012. The consortium was selected by a panel consisting of the Bureau of Engineering and Caltrans with the support of the Design Aesthetic Advisory Committee (DAAC), which comprises stakeholders including community members, river advocates and design professionals.

MacDonald Architects worked in collaboration with CH2M HILL, David Evans and Associates, and HNTB to provide hand sketches, computer renderings and physical models of the bridge. Dissing+Weitling serves as the main architect for the new bridge.

A joint venture of Skanska/Stacy and Witbeck was awarded the construction contract for the project in July 2013.