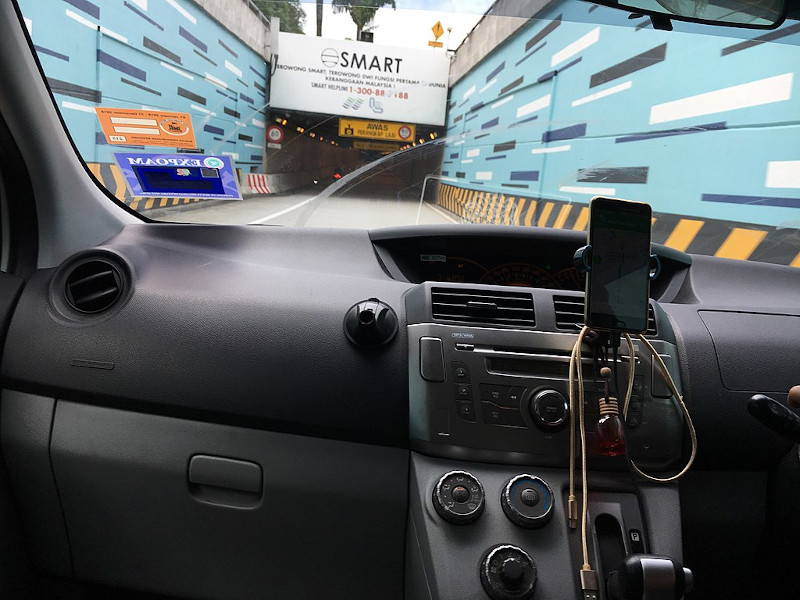 The SMART tunnel is the longest tunnel in Malaysia. Credit: David Boey. 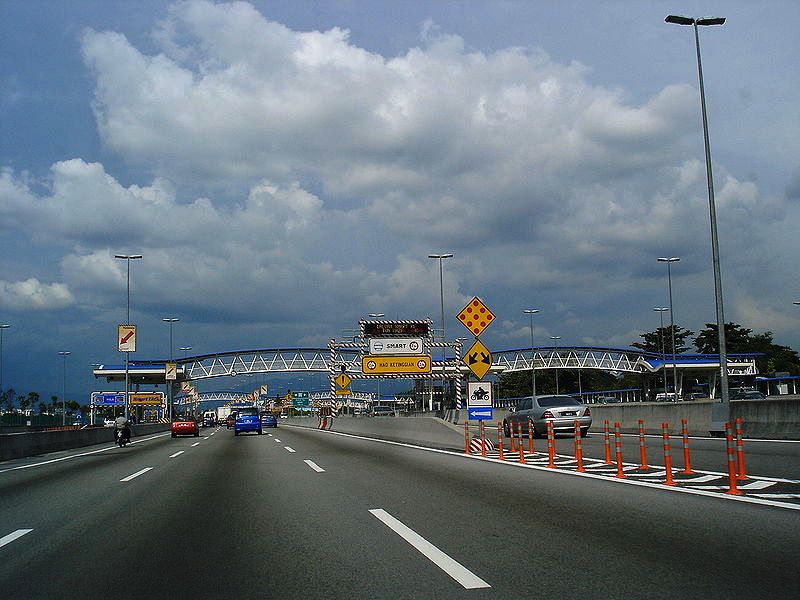 It has four modes of operation. Credit: Tambo.

The Stormwater Management and Road Tunnel (SMART) is the longest tunnel in Malaysia and the second longest stormwater tunnel in Asia. The 13.2m diameter tunnel consists of a 9.7km stormwater bypass tunnel, with a 4km dual-deck motorway within the stormwater tunnel. The main purpose of SMART is to solve the problem of flash flooding in Kuala Lumpur from the Sungai Klang and Kerayong rivers and also to reduce traffic jams during the daily rush hour. The motorway is suitable for light vehicles only.

Construction on the project began in 2003 and the tunnel was opened to traffic in May 2007. The cost of the project was around MYR1.88bn (approximately $514m). The project was commissioned by the Government of Malaysia. The tunnel handles 30,000 cars per day and has been used more than 44 times to divert floodwater.

The SMART tunnel begins at Kampung Berembang lake and ends at Taman Desa lake. The tunnel diverts floodwaters away from the confluence of the two major rivers that run through the centre of Kuala Lumpur. The risk of the city being flooded has been estimated to be once every 100 years.

The project also includes a storage reservoir and twin box culvert to divert any floodwater. In addition there is a holding basin with a diversion and dedicated tunnel intake structures. Ventilation is afforded by four 15m shaft structures, which were also used as the launching points for the tunnel boring machines.

For motorists, the tunnel greatly reduces the travel time between the Jalan Istana Interchange and Kampung Pandan – from around 15 minutes down to just four minutes.

“The tunnel greatly reduces the travel time between the Jalan Istana Interchange and Kampung Pandan.”

The SMART tunnel works on a four-mode system. The first mode is operated in normal conditions when there is low rainfall and no storm. The motorway section will remain open to motorists. The second mode becomes operational in the event of a moderate storm and the SMART system is activated and floodwater is diverted into the bypass tunnel in the lower channel of the motorway tunnel. The upper channel will still be open to motorists. When a major storm occurs, the third mode is activated and the tunnel will be closed to motorists. Once all vehicles have vacated the tunnel, automatic water-tight gates are opened to allow floodwater to pass through.

The final mode is activated if heavy rain storm persists after one to two hours of activation of the third mode. In this mode, the tunnel will be used for flood passage following the complete evacuation of traffic. The road tunnel will remain closed for four days.

Kuala Lumpur sits on karstic limestone with a high ground water table. For this kind of geology it was decided that tunnel boring machines (TBMs) would be the most cost-effective and least damaging method to construct the tunnel.

In addition to the above, the TBM featured two bogies on rails that house electrical, slurry pumping, ventilation equipment and cables/pipes.

Both Slurry Shield machines started from the JKR field area in Jalan Chan Sow Lin. One machine bored northwards, under Jalan Tun Razak and Jalan Desa Pandan and ended at the lake at Ampang, behind Gleneagles Hotel. The other TBM bored southwards, under the Jalan Chan Sow Lin and the KL-Seremban Highway alongside the Sg Besi airfield and terminated at the lake in Taman Desa.

The tunnel is equipped with a 24/7 motorway control centre, a patrolling team, emergency telephone services, and variable message sign boards.

There are ventilation/escape shafts at 1km intervals throughout the tunnel. These will constantly renew the air and maintain the air quality within the motorway section of the tunnel.

To protect the ventilation system during flooding, the systems consist of a series of shafts, each containing an exhaust and fresh air injector.

This enables the fans to be located outside the tunnel, creating a longitudinal flow between shafts that allows the air in the tunnel to be continuously renewed and enables the extraction of exhaust fumes/smoke in the event of a fire.

The MMC–Gamuda JV contracted Mott MacDonald to carry out the feasibility studies for the dual-purpose tunnel and then provide detailed design services to take the project from concept to construction. SSP Consultants were also involved in the tunnel’s design and overseeing the construction.

Comba Telecom Systems Holdings Limited was contracted to supply and install distributed antenna system for high-speed wireless communication across the tunnel. The installation was completed in June 2012.