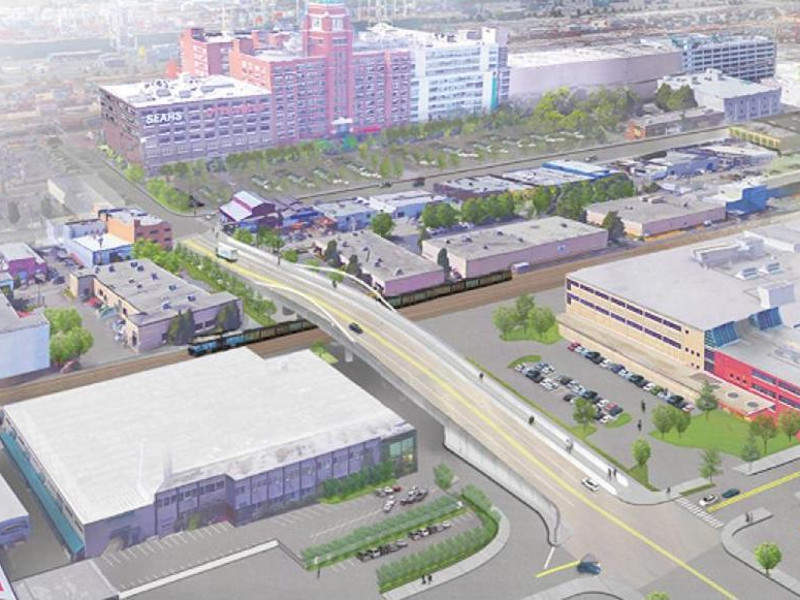 The construction of South Lander Street bridge commenced in May 2018. Credit: SODO. 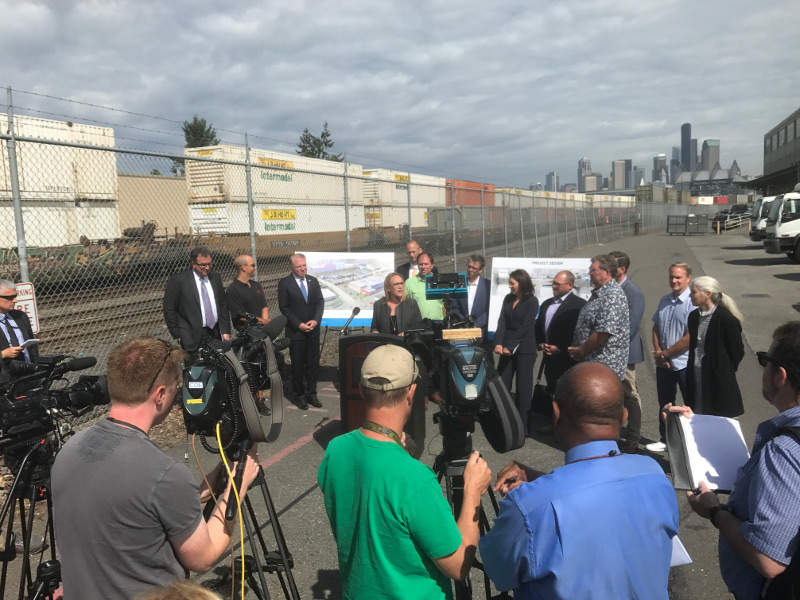 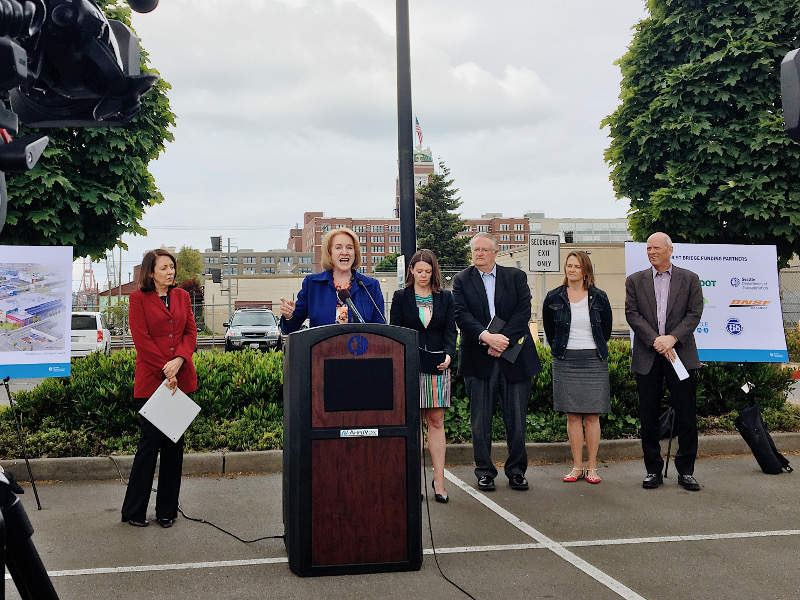 The new bridge will be a grade-separated crossing on the BNSF Railway tracks. Credit: SDOT Photos.

South Lander Street is an important east‐west corridor and one of the biggest manufacturing and industrial centres in the region. It currently carries 13,000 vehicles and 1,400 pedestrians travelling to and from the SODO light rail station.

The new bridge will primarily act as a grade separation between the roadway and the BNSF Railway tracks in order to reduce delays. It is intended to relieve traffic congestion and improve road safety for pedestrians, cyclists and freight operations.

Construction of the new bridge started in May 2018 and is expected to be completed in 2020.

The South Lander Street bridge will be a four‐lane bridge with a total width of 68ft, including a 14ft-wide multi-use path, a 12ft outside lane, an 11ft lane in each direction, a 2ft shoulder and a 2ft-wide lane separator.

It is a four-span structure based on drilled shaft foundations. Its Geofoam approaches will reduce the loading on the underlying utilities between exterior bridge barriers.

The bridge will offer a clearance of 23.5ft for all BNSF railroad tracks and 22.5ft for the future Amtrak rail line.

Safety features of the bridge include lighting, barriers, graffiti coatings and fencing. The users and non-port related vehicles will be redirected from the rest of the crowded terminal corridors.

A walking/biking path divided by a lane separator will be positioned on the northern side of the bridge. The multi-use path will continue to 1st Avenue S westwards to end at 3rd Avenue S in the east. The bridge will also have a 6ft-wide sidewalk between 3rd Avenue S and 4th Avenue S.

The westbound section of the bridge will create a dead-end at Occidental Avenue S while the eastbound section will provide a two-way road along the south side of S Lander Street at the 3rd Avenue S intersection to access Seattle Public Schools John Stanford Center for Educational Excellence site.

The South Lander Street bridge will reduce traffic congestion caused by train crossings, which cause more than 4.5 hours of delay for commuters and freight operations daily.

The new bridge will directly link Port of Seattle’s facilities and freight operational support centres, which will generate an additional 25,000 jobs by 2040.

It will significantly reduce emissions caused by the delays of more than 13,000 vehicles a day. Accidents will be reduced and safety for freight rail cars on the tracks will be improved with the construction of the new bridge.

The estimated cost of the South Lander bridge is $102m, which will be funded through federal, state and local authorities. The Port of Seattle contributed $15m to the project, while the majority of the funding was provided through a federal FASTLANE grant.