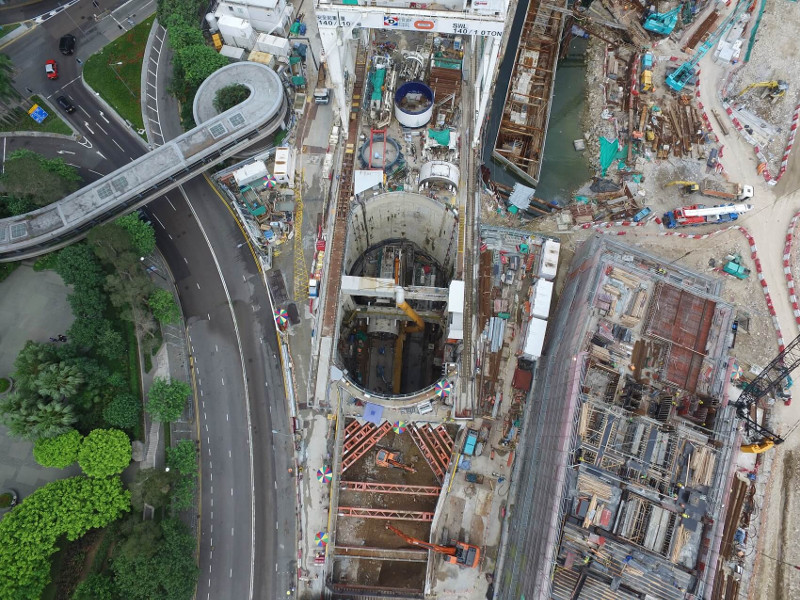 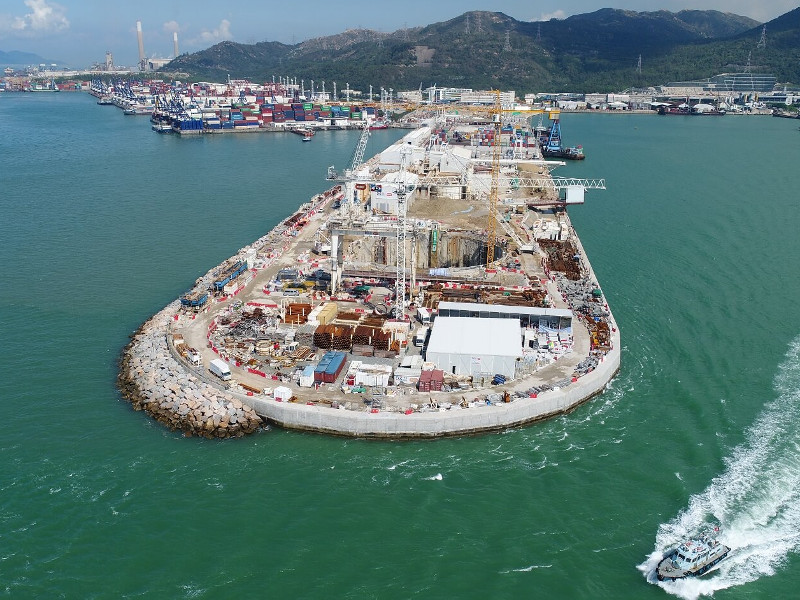 The mainline of the Southern Connection of TM-CLKL was opened in October 2018. Credit: Dragages Hong Kong Limited. 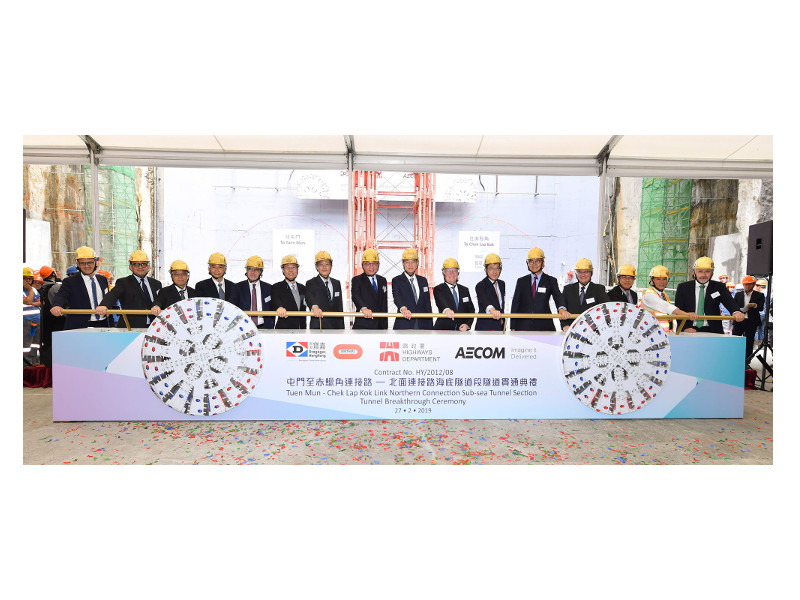 The Northern Connection of TM-CLKL is expected to be completed in 2020. Credit: Dragages Hong Kong Limited.

The link will reduce the distance between Tuen Mun South and HKIA by 22km, reducing the travel time from 30 minutes to ten minutes. It will divert traffic to relieve the existing traffic conditions of North Lantau Highway (NLH), Lantau Link and Tuen Mun Road.

The new road will also create an alternative route to the airport, establishing it as a regional aviation hub.

The estimated investment for the project is HK$46.7bn ($6bn). The Legislative Council Finance Committee approved a sum of HK$1.90bn ($246m) for the project’s design, site investigation and advance works, along with HK$44.79bn ($5.7bn) for construction works.

The Northern Connection of the project will link the Hong Kong Boundary Crossing Facilities (HKBCF) and Tuen Mun via a sub-sea tunnel, while the Southern Connection links North Lantau and the HKBCF through a viaduct.

The total length of the new route is approximately 9km, while the Southern Connection is 3.5km long.

The Southern Connection connects NLH at Tai Ho and the Hong Kong Port via a 1.9km-long land viaduct and a 1.6km-long sea viaduct.

The mainline of the Southern Connection extends between the Hong Kong Port and the urban-bound NLH.

For the Northern Connection, the construction of land viaducts, a footbridge and vehicular underpass of toll plaza in Tuen Mun Area 46 is complete.

“The new road will also create an alternative route to the airport, establishing it as a regional aviation hub.”

Cross passages between the tunnel tubes were built, while precast units will be installed within the tunnel.

A North ventilation building on the northern landfall at Tuen Mun has been constructed and the cut-and-cover tunnel section at the Hong Kong Port artificial island is currently under construction.

The project also involves the construction of an administration building and toll control building, as well as ancillary buildings and facilities.

Arup, Gammon and Dragages-Bouygues joint venture (JV) are the major contractors for the project.

China Harbour Engineering Company was contracted for the construction of an artificial island, while Gammon Construction undertook ground investigation and various civil works.

Herrenknecht was contracted by Dragages-Bouygues JV for supplying equipment for construction, while GTECH Services was contracted for the design, supply and installation of a traffic control and surveillance system.

Dragages Hong Kong was awarded a design and construction contract in 2013, while Dextra supplied 100,000 Bartec rebar couplers for the project.

A JV of CRBC and KADEN was contracted for the construction of the toll plaza, along with associated structures, carriageways and a footbridge.