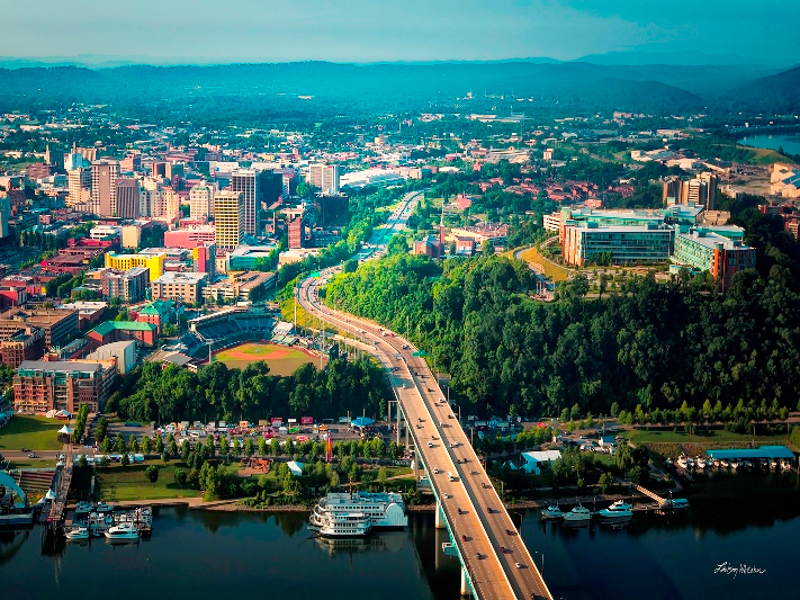 The US 27 Reconstruction Downtown Chattanooga is currently in the construction phase. Credit: Lawson Whitaker. 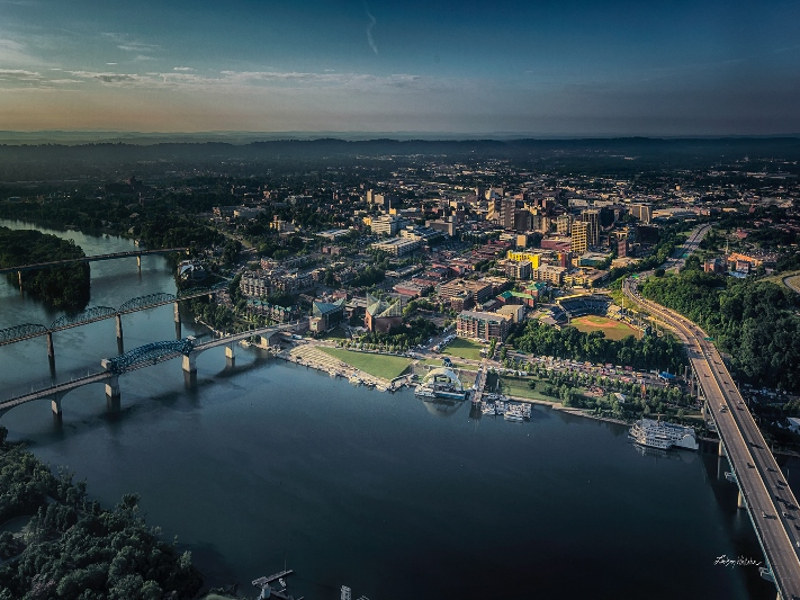 The project is aimed at increasing capacity and improving safety. Credit: Lawson Whitaker. 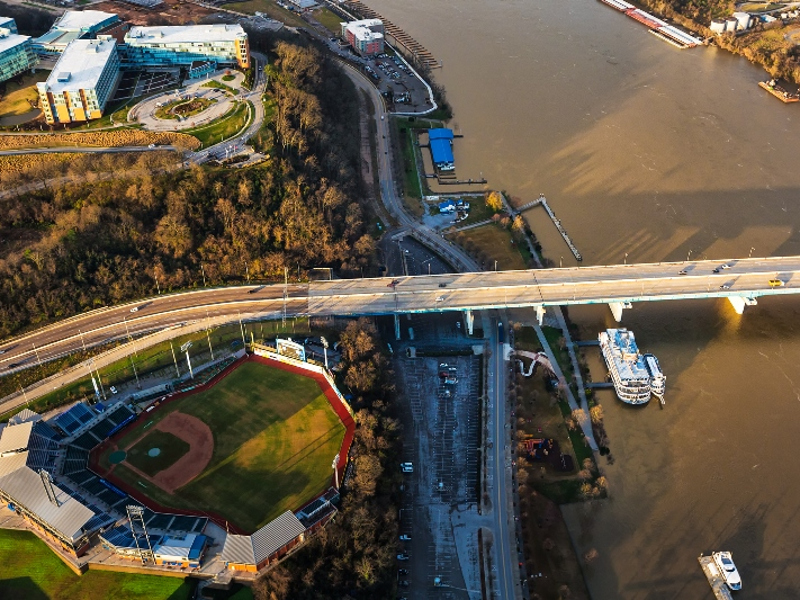 The Olgiati Bridge is being widened as part of the US 27 reconstruction. Credit: Lawson Whitaker. 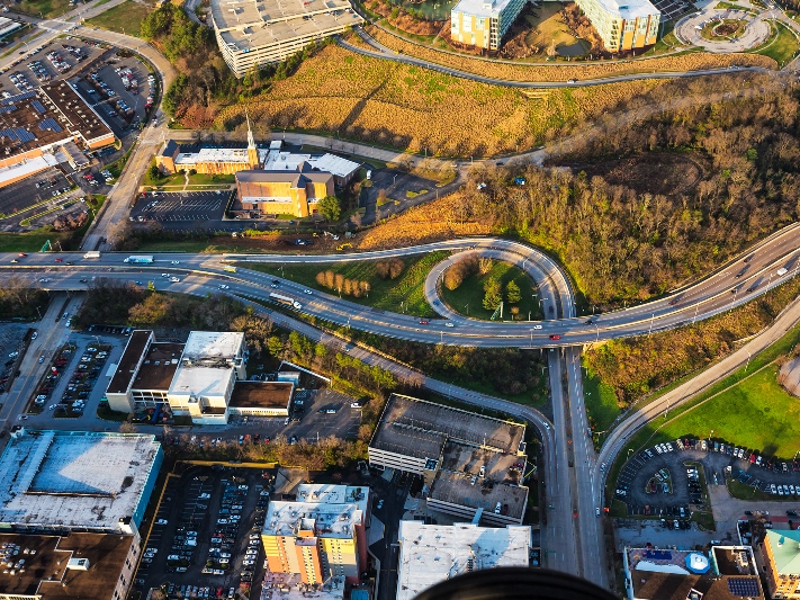 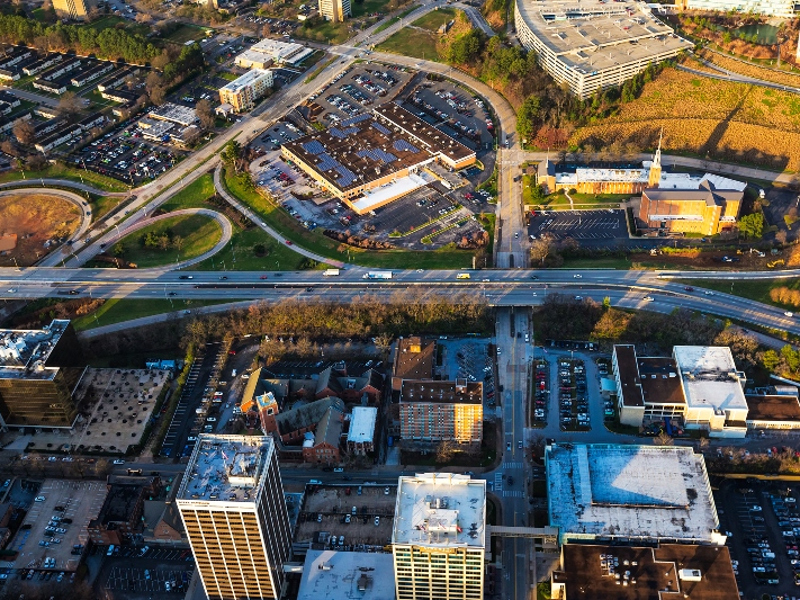 The US 27 reconstruction is expected to be completed by late 2020. Credit: Lawson Whitaker.

The US 27 reconstruction project in Chattanooga, Tennessee, US, aims to upgrade a section of the route from I-24 to Olgiati Bridge.

The highway, which runs through Downtown Chattanooga, was originally built in the 1950s. The 3.7km-long section of the US 27 highway is being rebuilt to enhance capacity and improve the safety of the 70,000 vehicles travelling through the route daily.

The project will expand the highway from Manufacturer’s Road to State Road 8. Tennessee Department of Transportation (TDOT) awarded the contract for the project in October 2015. The project cost has increased from the original estimate of $126m to approximately $143m.

The US 27 reconstruction is divided into four phases. The project design includes the reworking and straightening of the Downtown Chattanooga freeway and the addition of traffic lanes to improve flow. The new road will feature three lanes in each direction and will have dedicated lanes that allow users to enter and exit the roadway easily.

The project will also include the construction of frontage roads, nine bridges and 45 retaining walls. The upgrade will widen 2.57km of the highway and include a wider footprint to separate the old Cameron Hill from downtown.

“The new road will feature three lanes in each direction and will have dedicated lanes that allow users to enter and exit the roadway easily.”

The reconstruction will include more than 270,000ft² of wall work and see the addition of a new travel lane and shoulder in each direction on the Olgiati Bridge. Work will also involve the removal of the ‘S’ curve from US 27 and the creation of a collector-distributor road on US 27 South for facilitating improved access to 6th Street, 4th Street and Martin Luther King Boulevard.

Travellers on the US 27 highway will be able to use the additional travel lanes and ramp lanes being created in each direction. In addition, interchanges at West Main Street, East 4th Street, and Martin Luther King Boulevard will be enhanced.

Phase one and two construction details

Construction of the retaining wall at Cameron Hill was completed during the first two phases.

Phase three of the construction work was carried out from 2018 to 2019. The contractor started work on the southbound bridge and undertook the construction of the new 4th Street ramps and overpass.

Phase three also included the reconstruction of city streets, the widening of the Olgiati Bridge, and the creation of new ramps at the interchange near Martin Luther King Boulevard.

Phase four works were started in 2019 and included the completion of striping work and final asphalt paving. The lighting along the lines has been completed as part of the fourth phase works.

Dement Construction Company was made responsible for the construction of the bridges and walls and improving drainage, curb, gutter, and sidewalks of six cross streets.

Volkert was awarded a contract for the management and design of the US 27 reconstruction project. Volkert provided preliminary designs, surveys and services such as construction engineering and inspection. It also helped in developing the construction plans for the project.