India is aiming to completely phase out petrol and diesel vehicles by 2030, introducing electric cars ‘in a very big way’ according to Indian Power Minister Piyush Goyal. Government officials announced the plans in April 2017 in an effort to help lower the country’s air pollution levels.

Goyal set a target that from 2030, the sale of all petrol or diesel cars will be banned. The government later set a target of electric vehicles (EVs) making up 15% of all sales within five years, with 30% reached by 2030.

An incentive scheme to provide Rs100bn ($1.4bn) to subsidise sales of new electric and hybrid cars was approved in February. However, reaching targets could be difficult. In 2018, it was reported that 31 million homes still do not have access to electricity despite the country claiming to be 100% electrified.

Introduction of charging infrastructure and battery-swap programmes will help encourage India’s population to choose electric cars, along with the subsidies on electric and hybrid vehicles that will be offered for three years. Following the three-year period, officials say that production of low-emission vehicles should start to be pushed by growing demand.

A number of electric and hybrid vehicles are available in India. Mahindra and Tata are the only manufacturers to provide fully electric cars, with Toyota, BMW and Honda offering hybrid vehicles. However, there is a wider range of electric scooters, motorcycles, and rickshaws available, which are all popular modes of transport in India.

In September 2017, China began planning a ban on the sale and production of fossil fuel vehicles. As the world’s biggest producer of motor vehicles, with 29 million units manufactured in 2017, China’s ban could have an impact on the worldwide car market.

Despite there not being a timeline for the ban, China wants hybrid and electric vehicles to account for one-fifth of total car sales by 2025. Since September 2013, tax rebates have been available for various electric and hybrid cars, which are known as new energy vehicles (NEV). This includes annual tax exemptions and subsidies towards the cost of NEV purchases. In December 2017, a 10% rebate on the sale of NEVs was extended until 2020.

Regulations banning fossil fuel powered car production plants were approved in late 2018. Companies looking to set up plants for the manufacture of petrol or diesel vehicles have to meet a number of standards, including proof that they are more efficient and produce more NEVs than the industry average.

In February 2018, Israel’s Energy Ministry stated that it would aim to stop using coal, petrol and diesel and make the switch to alternative fuels and natural gas, as well as electricity for transportation by 2030. However, at the time there were only 700 fully electric and 2,500 hybrid vehicles registered in Israel. 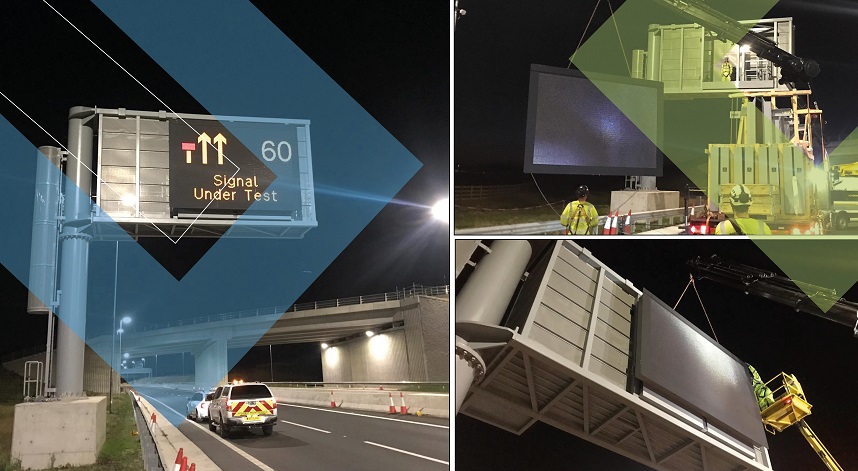 Restricting the use of fossil fuels would include a ban on the import of vehicles that run on petrol and diesel, according to Energy Minister Yuval Steinitz. The ban was announced in October, following a UN report that stated climate change needs to be limited in 12 years.

The country is encouraging the use of electric cars, as well as vehicles powered by natural gas, through high tax exemptions and installation of more than 2,000 charging stations.

Israel is hoping that by 2025 there will be approximately 177,000 electric cars registered. After this, the ministry expects the number to rise to more than 1.5 million as owning electric vehicles becomes cheaper and more accessible.

Buses and trucks could also be powered by natural gas. The country hopes to make use of the resource after the discovery of significant natural gas deposits. Taiwan’s Ministry of Economic Affairs (MOEA) announced plans to phase out petrol and diesel vehicles in December 2017 by reinforcing electric charging facilities. New sales of non-electric scooters and motorcycles will be banned from 2035 and cars from 2040.

In 2018, the government stressed that the ban would not affect existing fossil fuel-powered vehicles, with it only enforced for new cars and motorcycles. It is estimated that motorcycles and scooters comprise two-thirds of the country’s registered vehicles, which stands at more than 20 million.

The also announced plans to replace all buses and government vehicles with electric models by 2030. The measures are being introduced as part of a red hazard reduction programme, which also aims to halve the number of ‘red alert’ dangerous air pollution level warnings in 2019.

Electric buses were first introduced in October 2017, with a service that operated between Taipei Zoo and Songshan Rail Station. The government has planned to subsidise replacement buses, providing up to $200,000 for each electric model.

In July 2018, a Japanese working group involving the government’s ministry of economy, trade and industry (METI) and manufacturers such as Toyota, Honda and Nissan aimed for all new cars sold in Japan to be electric or hybrid by 2050.

“Japanese carmakers Toyota and Nissan have both announced that they will stop selling diesel cars in Europe.”

An organisation will be set up to allow car manufacturers to collaborate on the purchase of cobalt and other sustainable materials required for the production of electric car batteries.

As of January, the country ranks third in the world, after China and the US, for plug-in electric vehicle numbers, with more than 120,000 all-electric and 7.3 million hybrid vehicles being sold in the past ten years. There are more than 23,000 charging stations available across the country, which could overtake the 31,000 petrol stations. Regulations for installing charging points near fuel pumps are planned to be relaxed.

Japanese carmakers Toyota and Nissan have both announced that they will stop selling diesel cars in Europe. Toyota’s diesel cars accounted for 15% of sales in Europe last year, and it is aiming for a complete ban by 2022. Nissan is aiming to phase out passenger diesel cars by 2021, but this will not affect commercial vehicles or pick-up trucks.

The government introduced incentives to increase electric vehicle ownership in the country at the same time, including the implementation of more battery charging points, making the purchase and running costs of electric cars more affordable, as well as making batteries last longer.

In 2018, 2% of car sales in the country were electric, which is the second highest in Asia after China with 4.4%. However, 15 other countries across Europe and North America outrank South Korea’s electric vehicle sales.

Capital city Seoul has helped to subsidise more than 10,000 vehicles in the city and hopes to raise that to around 80,000 by 2022. Subsidies range from KRW7.5m to KRW17m and will help residents, businesses and other state-funded organisations acquire 1,690 electric vehicles. There will also be grants of up to KRW35m for hydrogen cell-powered vehicles.

Electric car owners in Seoul can benefit from half-price public parking, exemption from congestion charges, and 50% discounts on battery charging throughout the city.