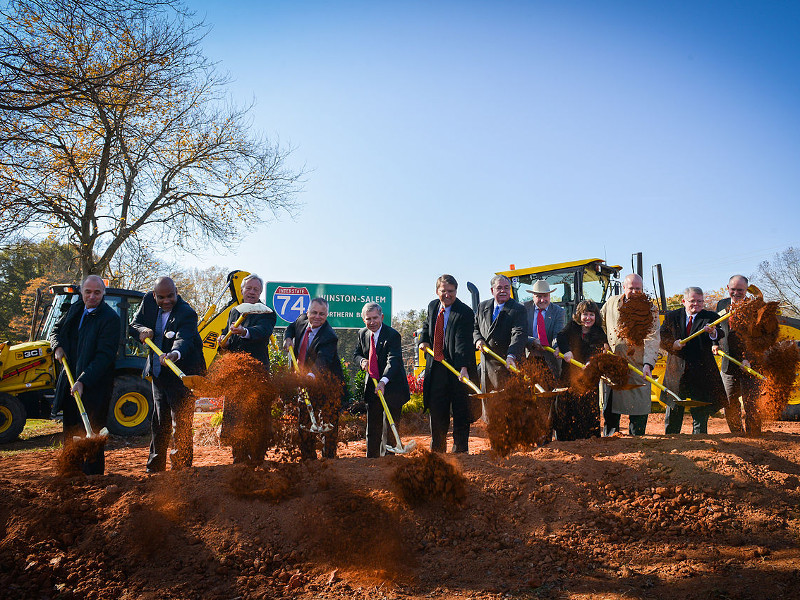 The ground-breaking ceremony of the Winston-Salem Northern Beltway was held in November 2014. Image courtesy of North Carolina Department of Transportation. 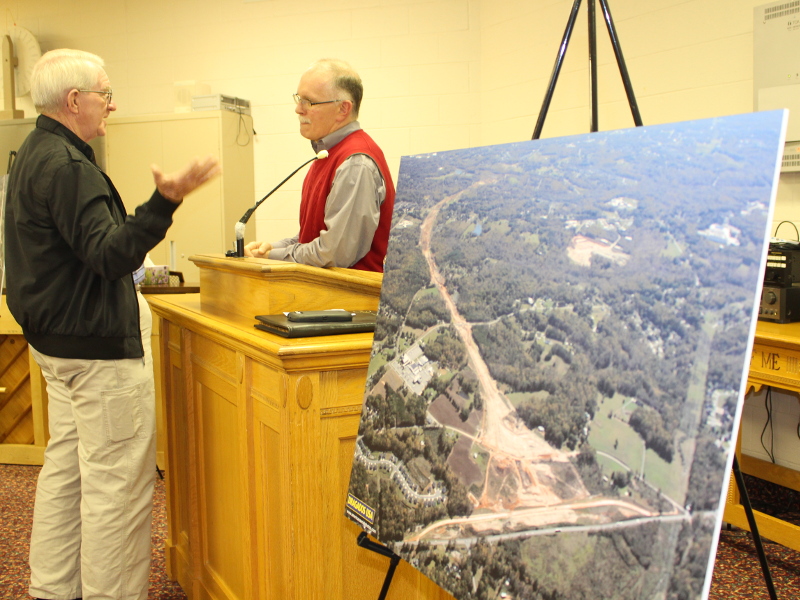 Winston-Salem Northern Beltway is a 55.5km-long multi-lane freeway being built in North Carolina, US. Image courtesy of NCDOTcommunications. 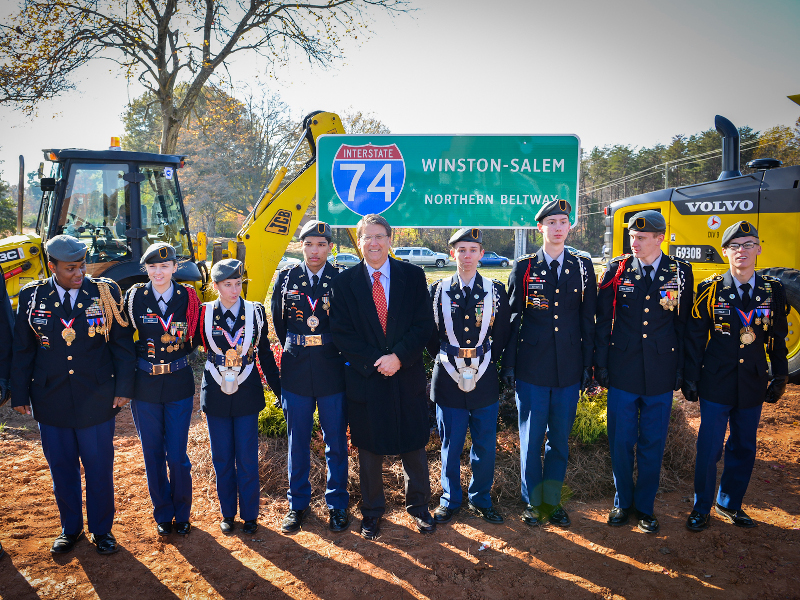 The estimated cost of the project is $1.74bn. Image courtesy of NCDOTcommunications.

The Winston-Salem Northern Beltway is a 55.5km-long multi-lane freeway being built by the North Carolina Department of Transportation (NCDOT).

The Northern Beltway will address the major issues such as poor roadway links in eastern and western Forsyth County, capacity deficiencies, and poor regional/interstate connectivity.

The ground-breaking ceremony for the project was held in November 2014, while the construction is scheduled for completion in 2022.

The new freeway will relieve congestion and improve safety along the routes in Forsyth County, including US 421/Business 40 and US 52. It will also improve access to jobs, educational institutions, and services.

The construction of Winston-Salem Northern Beltway was initially planned in 1999, but delayed due to lawsuits and lack of funding.

In May 2010, the US District judge dismissed the two lawsuits filed against the project in 1999 and 2008, allowing NCDOT to proceed with the acquisition of right-of-way and construction.

Construction of the first segment of the freeway was started in December 2014.

The beltway project is divided into three segments namely the Western Loop (designated as R-2247), Eastern Loop (U-2579), and Eastern Loop Extension (U-2579A).

The 7.08km-long Eastern Loop extension will begin at the southern terminus of U-2579 at US 421/I40 Business and terminates in a US 311 interchange.

“The construction of Winston-Salem Northern Beltway was initially planned in 1999, but delayed due to lawsuits and lack of funding.”

The project also involves the installation of intelligent transportation systems (ITS) such as traffic signals and traffic cameras.

Construction of the D, E and F portions of the freeway along the eastern section began in April 2018 and is expected to be completed in July 2022. Other works, including widening, drainage work, and signage and structure improvements, will also be carried out.

The Walkertown-Guthrie Road bridge was opened to traffic in September 2016. Two bridge replacements over Muddy Creek were also completed as part of the project.

The Winston-Salem Northern Beltway project is estimated to involve an investment of $1.74bn, of which the eastern loop will cost $1.06bn and the western loop (R-2247) will cost $673m.

The project forms part of the NCDOT’s State Transportation Improvement Program (STIP), which outlines the funding and schedule for transportation projects being implemented over a period of ten years.

NCDOT awarded a design-build contract to Blythe Construction to undertake improvements to the US 52/NC 65 Interchange, in November 2016. The improvements support the construction of the Winston-Salem Northern Beltway.

Flatiron secured a $140m contract to construct three additional segments of the project, in April 2018. The three new segments are referred to as the U-2579D, E, and F.

Dragados USA received a $154m contract for a 5.4km-long stretch on the eastern section of the Northern Beltway. The scope of the contract includes three 12ft lanes in each direction, a 12ft future lane with a 12ft paved shoulder, and a 22ft grassed median.

The company is responsible for the construction of two interchanges, 18 bridges, 12 structural walls, and six culverts. It will also perform widening and merging of lanes, under the contract.

RS&H Architects-Engineers-Planners (RS&H) was contracted to develop bridge concepts for the project.