X
Advertise with us
GlobalData Thematic Research 20 May 2022 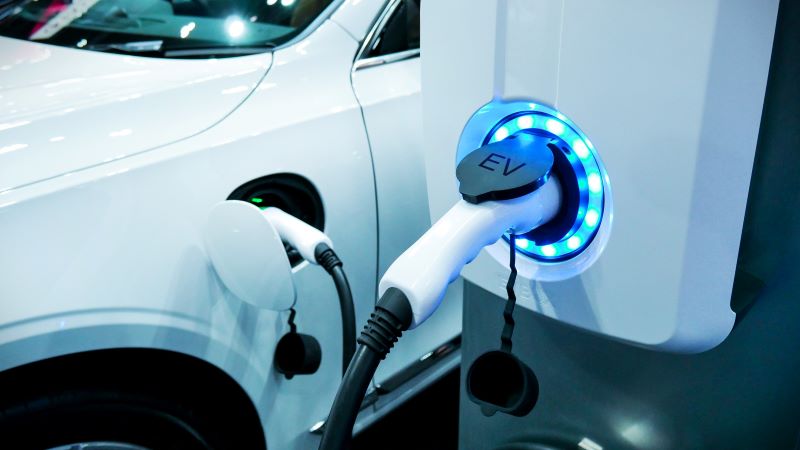 The EV market in India is still in its early stages but has started gaining traction. Credit: buffaloboy / Shutterstock.com

GlobalData forecasts a significant ramp-up in electric vehicle (EV) production and predicts that, by 2030, global EV production will hit 23.6 million units, accounting for 22.1% of the total light vehicle market.

The EV market in India is still in its early stages but has started gaining traction, helped by governmental plans to reduce India’s dependency on imported oil and work towards sustainable development. According to the Federation of Automobile Dealers Associations (FADA), India witnessed a threefold growth in EV sales, from 1,34,821 in 2020-21 to 4,29,217 units in 2021-22. The government has also introduced incentive schemes and manufacturing benefits, such as production-linked incentives (PLIs), to encourage EV adoption and has announced plans to convert 30% of its vehicle fleet to EVs by 2030. Alongside this, the ongoing decline in battery prices is boosting the EV market in India.

EVs are a relatively new market that offers huge opportunities for both traditional players and new entrants. In a rush to generate more sales, competition among Indian automakers is increasing, which is leading them to make excessive vehicle enhancements of substandard quality, hampering market sentiment. This might delay India’s electric mobility prospects.

The leading companies in the Indian EV market

The overall Indian EV sales in April 2022 were 73,046 units, a year-on-year (YoY) increase of 415% according to VAHAN. EVs have brought a new impetus to the automobile industry and, as a result, most Indian EV companies have generated significant revenues. For instance, Mahindra Electric Mobility reported a more than three-fold jump in its electric three-wheeler sales in 2021-22. Meanwhile, even as Tata Motor’s overall revenue fell by 11.5% in Q4, its EV segment registered sales of 72,468 units in April 2022, 74% higher than the previous year.

Many others are looking to enter the Indian EV market, including Toyota Group, which has signed an MoU with the Government of Karnataka (India) to invest $530 million in EVs; and Adani Group entity SB Adani Trust, which has received trademark approval for its commercial electric vehicles business in India.

An increasing number of fires, faulty batteries, the absence of promised features, range anxiety, and other manufacturing defects have been creating havoc in the Indian EV market. In the last three months, EV two-wheelers manufactured by Okinawa Autotech, Pure EV, Ola Electric, and Jitendra EV made frequent headlines for catching fire, which led to the recall of 7,000 vehicles. At the same time, the government has asked EV players to halt any new model launches until the investigation is finished. Despite the industry’s medium-term promise, these incidents have dampened the enthusiasm for one of the Indian government’s pet projects.

Other challenges such as insufficient charging infrastructure, the higher reliability of fuel-based vehicles, weak distribution network, and worries about resale, repairs, and servicing prices are prevailing in the sector.

To win the market, EV players need a state-of-the-art manufacturing process and robust ecosystem to improve R&D, the performance of batteries, the quality of the equipment used in EVs, last-mile recharge, and the overall customer experience. According to the 2022 budget, the government is planning to allocate Rs2,908 Cr towards the Faster Adoption and Manufacturing of Hybrid and Electric Vehicles (FAME) for FY23, which is triple the allocation for the current fiscal year, and nine times higher than FY21. Alongside government subsidies, automakers’ domestic design and production will lead to more competitively priced and affordable electric automobiles.

From faults in regenerative braking systems to automatically running in reverse, a range of issues have led to a negative sentiment among buyers. While focusing on adoption, EV manufacturers need to take the onus on themselves for making EVs a safer option while the government must come up with a comprehensive action plan to drive EV adoption in the country, without hurting customers’ interests.