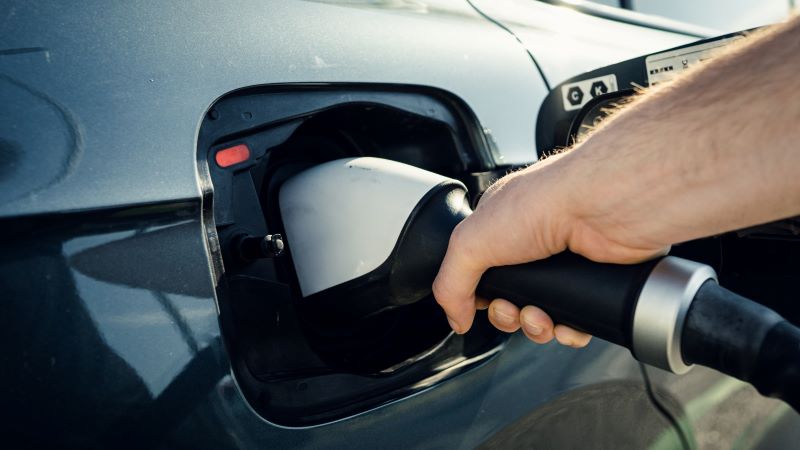 To support its 2060 net-zero target, the Chinese government extended its EV sales tax exemption to the end of 2022. Credit: kasakphoto / Shutterstock.com

Electric vehicles (EVs) are no longer a theme of the future. The power transition is happening now, but the US is only just waking up. Despite the vast media hype in North America, only 31.6% of Tesla’s vehicle sales occur on the continent and the EV market is predominantly distributed across Europe and China. The US has long been behind the times in the race to embrace electrification and progression in its transport industry. By 2030, GlobalData predicts that China will dominate a staggering 60% of the EV consumer market. Plainly, in the race to automotive electrification, China is in the driving seat while the US has been asleep at the wheel.

The US has left the starting line

So, what is the US doing to counter this? Biden’s recently passed Inflation Reduction Act (IRA) provides tax credit incentives for the sale of EVs manufactured in the US in a race to meet the 2050 net-zero emissions target. This development has been greatly needed. According to GlobalData’s Automotive Intelligence Center, the North American market only accounted for 10.2% of all EV sales in 2022, compared to its 20.2% global share of all light vehicle sales.

The IRA includes requirements for all EVs to be assembled in the US. Only vehicles with at least 50% of their battery components coming from the US (or countries with a free-trade agreement with the US) will be eligible for the full $7,500 tax credit. The motivation to capitalise on this lucrative and geopolitically critical market is clear; the nation has long been seeking to take advantage of the natural resources available on its borders and these caveats are undoubtedly aimed at driving investment in US raw material mining and battery production.

Tesla has amassed a strong lead over the past decade, extending the gap between itself and the short-sighted legacy automakers in this space. With legacy carmakers looking to follow the market and expand their EV production, Biden’s new tax credits aim to redirect mining and manufacturing investment into the US. However, with an almost ten-year lag time for bringing these mines online and increased relative costs for using US labour, this tax credit is unlikely to entice the more established companies, such as Tesla, who invested early in creating longer-term arrangements with Chinese-owned battery suppliers.

But China has pulled ahead

To support its 2060 net-zero target, the Chinese government extended its EV sales tax exemption to the end of 2022, and GlobalData predicts that EV sales will grow to represent 25% of all China’s new-car sales by 2025. China’s dominance in this theme has been driven by its early acquisition of raw material sources, in particular lithium mines and refineries. Chinese businesses control over 70% of the global battery production supply chain. However, it is China’s early investment in this sector that has helped it secure a global lead. In 2010, the Chinese state rolled out EV charging ports across the nation, 12 years ahead of the US, increasing the feasibility of EVs for inter-city travel. In a mission to improve air quality in their cities, they also introduced EV-specific driver’s licences and limited the distribution of diesel and gas licences, encouraging new consumers to purchase EVs. These influential changes on a government level have led to a volume increase in light battery electric vehicle (BEV) sales of nearly 100% over the past five years in China.

Can the US catch up?

Greater investment into US lithium mining and battery manufacturing plants will be essential to maximise the rewards from this legislation change.  GlobalData’s research shows that, since the US EV Tax Credit announcement last month, 32% of the EV-related deals have been associated with batteries, indicating just how important the theme will continue to be in the future. However, none of these deals involve the industry leader, Tesla, signalling the greater issue at play here. As supply chain shortages persist, 2022 has become the first year in over a decade to see battery costs rise. Tesla and other EV makers will seek to build on their longer-term deals with more affordable battery sources. The bill offers too little, too late, to incentivise further investment into the US market by the biggest companies. It is unlikely that this bill will entice the level of change that the US industry was desperately seeking.