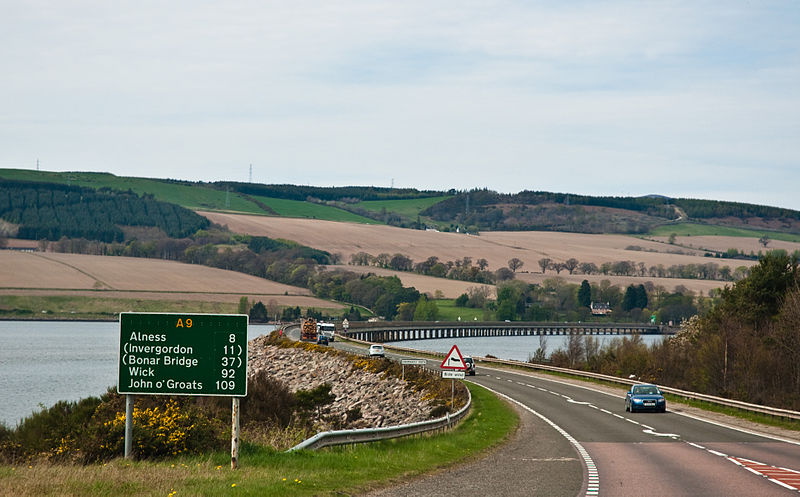 India’s Union Minister for Road Transport, Highways and Shipping Transport Minister discussed with Sri Lankan Prime Minister Ranil Wickremesinghe a $5.19bn road project that would link India and the island nation with a seabridge and an underwater tunnel.

The two countries discussed plans to construct a sea bridge and a tunnel that would connect the 22km stretch between Talaimannar of Sri Lanka and and Dhanushkodi of India, PTI reported, citing official sources.

India has already inked motor vehicle agreements with Bangladesh, Bhutan and Nepal, in order to boost connectivity with neighbouring countries and is now also planning to improve connectivity with the island nation.

German automaker Volkswagen earmarked €6.5bn in its third-quarter earnings to cover the costs associated with the charges of rigging the US diesel car emissions tests.

The US Environmental Protection Agency (EPA) said that the four-cylinder Volkswagen and Audi diesel cars built between 2009 and 2015 feature software that deceived EPA emissions standards for certain air pollutants.

The sophisticated software algorithm, labelled as the ‘defeat device’ in certain Volkswagen models is said to turn on full emissions controls when the car is undergoing official testing.

The Australian and New South Wales (NSW) Governments released the preferred design for the new M5 motorway, which is expected to fix Sydney’s worst motorway traffic bottleneck by more than doubling the capacity on the M5 East corridor.

Featuring 9km of two-lane twin tunnels, the motorway will help motorists driving from south-western Sydney, access suburbs north of the Sydney Airport such as Marrickville, while offering a direct connection to the Alexandria employment hub.

The individuals will continue to use the existing M5 East to access airport and suburbs south and east of the airport such as Brighton Le Sands and Maroubra.

Highways England briefed suppliers about the UK Government’s plan to invest £2.2bn on improving the capacity and condition of roads in the South East by 2020.

A part of the government’s road investment strategy, the investment will see enhancements and repairs along a series of motorways and A roads until 2021, giving road users simpler, faster and more reliable journeys, while boosting the region’s economy.

Announced last year, the strategy aims to triple levels of spending on roads by the end of the decade.

Work begins on £3bn A9 dualling programme in Scotland

Representing the Scottish Government flagship infrastructure investment project, the programme will see around 80 miles of upgraded road being delivered between Perth and Inverness by 2025.

As part of a £35m contract awarded in June, Wills Bros / John Paul JV began working on the five-mile long section between Kincraig and Dalraddy in the Highlands.

Auburn University’s National Center for Asphalt Technology (NCAT) in the US joined forces with transportation software company Pavia Systems to use the latter’s project inspection tool in its latest cycle of pavement test track research.

NCAT’s pavement test track aims to address the needs of maintaining the US’ highway infrastructure, by bringing together real-world pavement construction with live, heavy trafficking for rapid testing and analysis of asphalt pavements.

The accelerated pavement-testing facility features 46 test sections that are sponsored on three-year cycles and funded and managed as a cooperative project among highway agencies and industry sponsors.

Apple launched a new smartphone app that is designed to help lorry drivers prevent migrants from entering vehicles as they pass through Calais in northern France.

Designed by Eastbourne businessman Jeff Scott, the BF Intelligence app enables the drivers to report any sighting of migrants that have gained entry into any of the vehicles in their vicinity.

Using the app, the driver can instantly send a message to the registered company that owns the vehicle warning them of the security breach in their lorry.

Various European countries partnered to develop and deploy hydrogen-fuelled vehicles for emission-free driving across the continent.