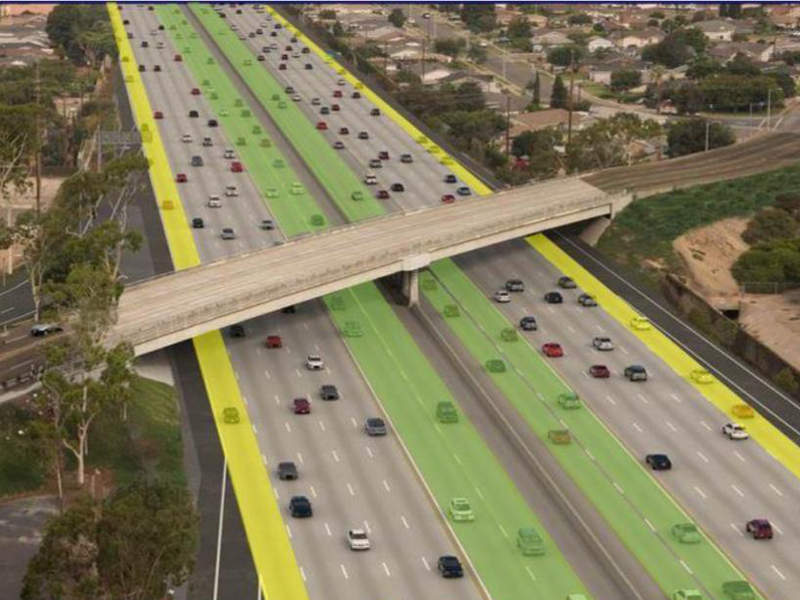 The I-405 improvement project is being implemented between the SR-73 in Costa Mesa and the I-605 near the Los Angeles County line. Credit: Southern California Partnership for Jobs. 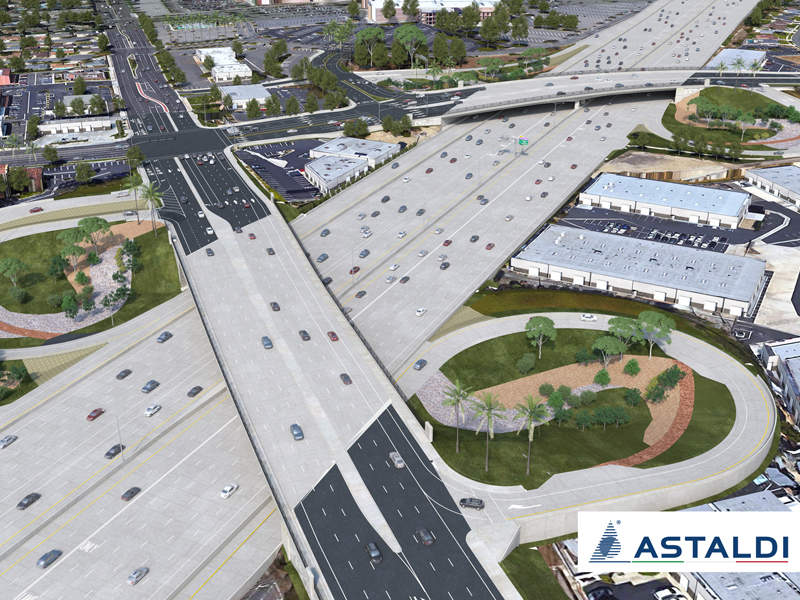 The I-405 improvement project is expected to be completed in 2023. Credit: Astaldi SpA. 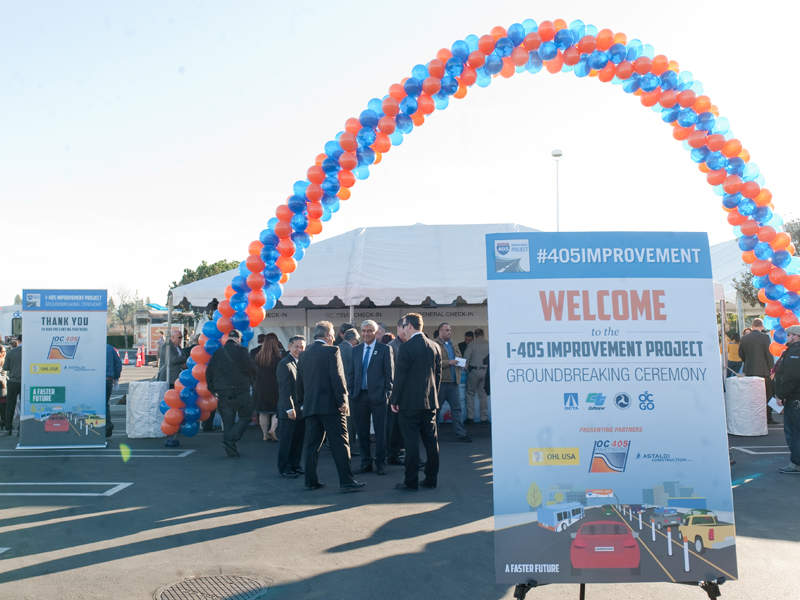 The ground-breaking ceremony of the project was held in January 2018. Credit: OHL.

The Orange County Transportation Authority (OCTA) is improving the Interstate-405 (San Diego Freeway) in California, US, by performing upgrades on a 25.7km-long section between the SR-73 freeway in Costa Mesa and I-605 near the Los Angeles County line.

The major improvement works of the project include construction of a new lane in both directions; an express lane in each direction and auxiliary lanes; improvements to freeway entrances, exits and bridges; and integration of the existing carpool lanes.

The ground-breaking ceremony of the improvement project was held in January 2018 and the construction is expected to be completed in 2023.

The $1.9bn project is being undertaken by OCTA in co-operation with the California Department of Transportation (Caltrans).

The I-405 carries approximately 300,000 a day, which is expected to rise significantly by 2040. The improvements project has been initiated by OCTA to meet the demand of growing traffic.

The upgrade includes the addition of two new lanes in each direction, comprising a general-purpose lane and a tolled express lane. The project will also improve the configuration of interchanges along the stretch.

Other major works include the replacement of 18 bridges with wide bridges along the corridor. The project also involves merge lane and Arterial street improvements, as well as the construction of sound walls, new bike lanes and sidewalks.

The existing bridges at the interchanges will be replaced with the new bridges, which will be constructed using a two-stage approach.

Partial acquisitions will be made at certain locations along the 25.7km-long road to be improved. Sound walls will be reconstructed or added to reduce the freeway noise levels.

The toll structure of the express lanes will be modified after completion of the first 3.5 years of service. The motorcyclists who have a transponder will also be able to use the express lanes.

I-405 improvement project purpose and benefits

The I-405 highway is one of the busiest and most congested freeways in Orange County. The improvements are expected to reduce congestion, enhance operations and trip reliability, minimise environmental impact and limit right-of-way acquisition.

The improvement project will reduce the travel time, which is expected to be 29 minutes during peak hours from SR-73 to I-605 in the regular lanes in 2040. The travel time can be reduced to 13 minutes if users opt for 405 Express Lanes.

The project is being funded through a combination of local, state and federal funds, while the funding for express lanes will be secured through toll charges.

The major part of the investment is secured through $1.135bn OC GO Sales Tax Funds. The project is also supported by a $629m Transportation Infrastructure Finance and Innovation Act (TIFIA) loan. Approximately $90m of state funds and $46m of federal funds were secured for the project.

OC 405 Partners appointed PQM for the development, implementation and monitoring of the quality management programme.

Myers and Sons Construction and All American Asphalt were also subcontracted by OC 405 Partners for the I-405 improvement project.