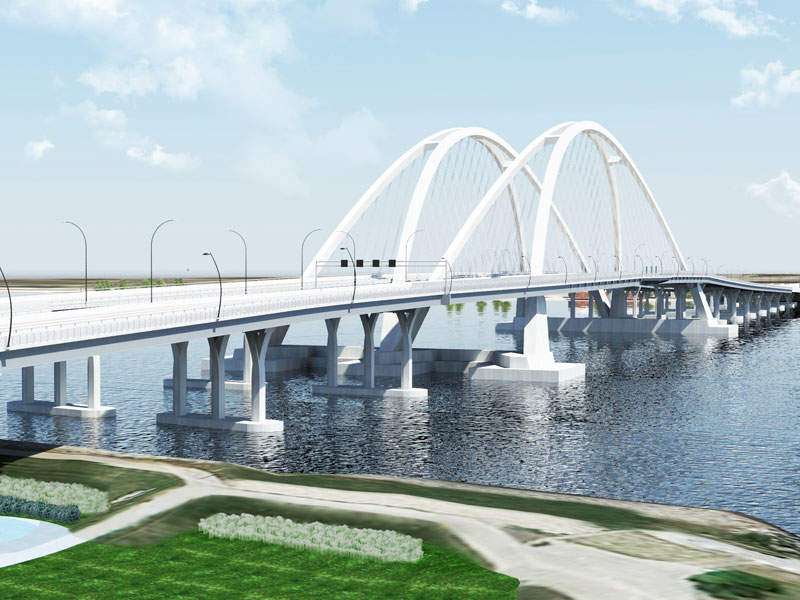 Rendering of the new I-74 Mississippi River Bridge. Credit: Iowa Department of Transportation. 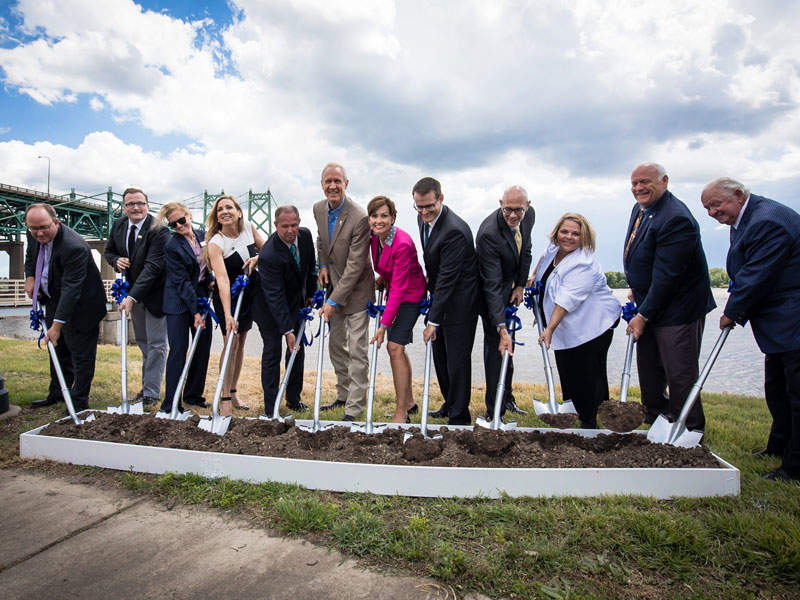 Ground-breaking ceremony of the I-74 Mississippi River Bridge was held in June 2017. Credit: Iowa Department of Transportation. 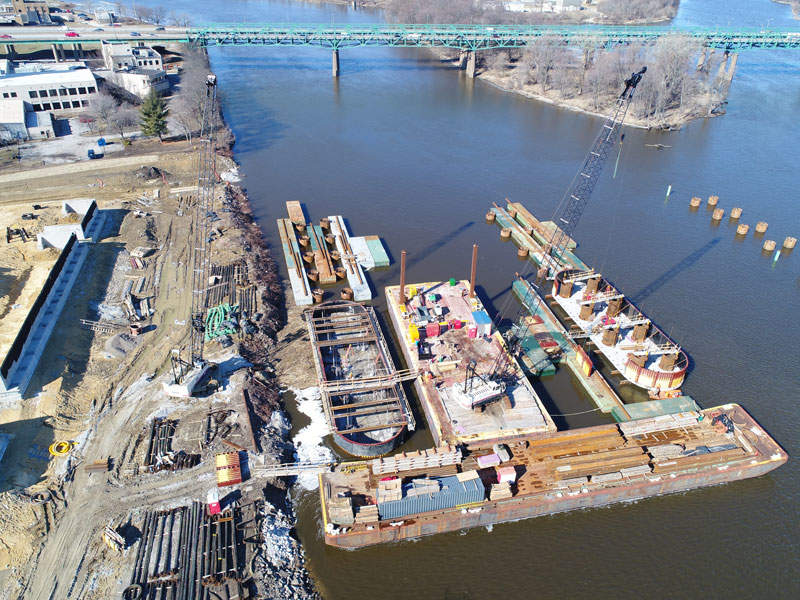 The new bridge is being built along a new alignment to the east of the existing bridge. Credit: Iowa Department of Transportation. 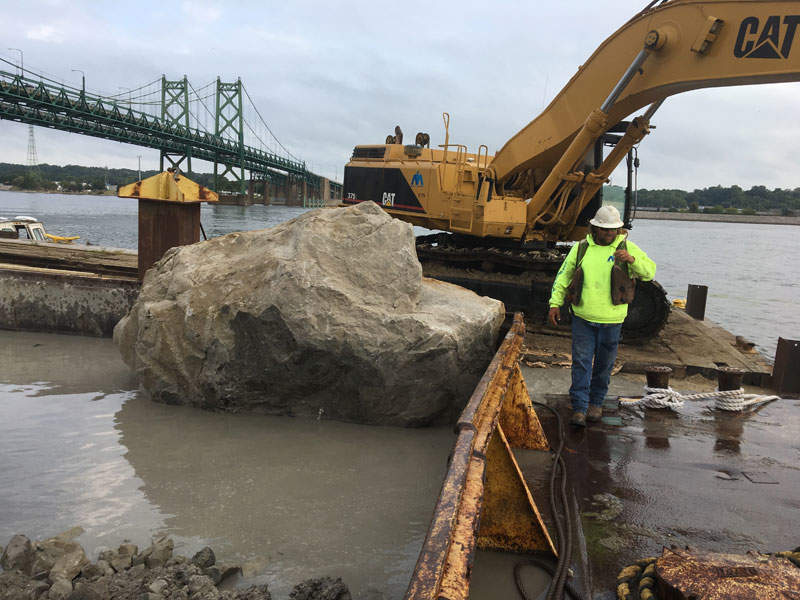 Construction of the new bridge is expected to be completed in 2020. Credit: Iowa Department of Transportation.

The new I-74 Mississippi River Bridge is being constructed to improve the I-74 corridor from Moline, Illinois, to Davenport, Iowa, US. The $1.2bn bridge project is being implemented by the Iowa and Illinois departments of transportation (DOT) with the aim of reducing traffic congestion.

The project involves the replacement of the existing I-74 Bridge over the Mississippi and the improvement of interchange ramp connections and local roads between Avenue of the Cities in Moline and Middle Road in Bettendorf.

Construction on the I-74 Mississippi River Bridge began with the ground-breaking ceremony held in Bettendorf in June 2017. The project is being executed in phases between 2017 and 2021.

History and purpose of I-74 Mississippi River Bridge

The current Mississippi River Bridge witnesses severe congestion during rush hours, while the disabled vehicles and maintenance activities further cause inconvenience to users.

The Iowa and Illinois DOTs jointly initiated the development of the new I-74 Mississippi River Bridge to resolve the congestion problems.

The new bridge is being built upstream of the existing bridge, which will be dismantled in 2021. It will be a basket-handle true arch twin-bridge structure extending along the old bridge. The length of the bridge’s main channel spans will be 800ft.

The new bridge will carry four lanes for vehicles in each direction, and a pedestrian/bike path. Aesthetic lighting will be installed on and below the new bridge, while an elevator in Bettendorf will be provided to enhance access to connecting paths.

Both sides of the bridge will have full shoulders to improve maintenance operations and access for crew members and emergency vehicles, as well as reduce lane closures.

The interchange arrangements on the Middle Road and Avenue of the Cities will be improved. Grant Street will be reconfigured with the addition of three lanes in each direction.

The additional travel lanes on the new bridge will reduce congestion, resulting in faster journeys along the I-74 corridor. The redesigned on and off-ramps will provide safer commute for the public.

The new bridge will also enhance the travel experience of the commuters with the addition of bicycle and pedestrian facilities, as well as a multi-use path.

The cyclists, motorists and pedestrians will have safer and reliable travel options with the new interchanges, local road reconfigurations and the new bridge.

In October 2017, Walsh Construction received an $83.7m contract for expanding I-74 between Seventh Avenue and Avenue of the Cities in Moline, as part of the river bridge project.

The Modjeski and Masters, a part of the Alfred Benesch design team, provided the final design of the new I-74 Mississippi River Bridge.

Bruner, Cooper & Zuck, HNTB and McClure Engineering Associates were contracted to deliver construction engineering and inspection services for the project.