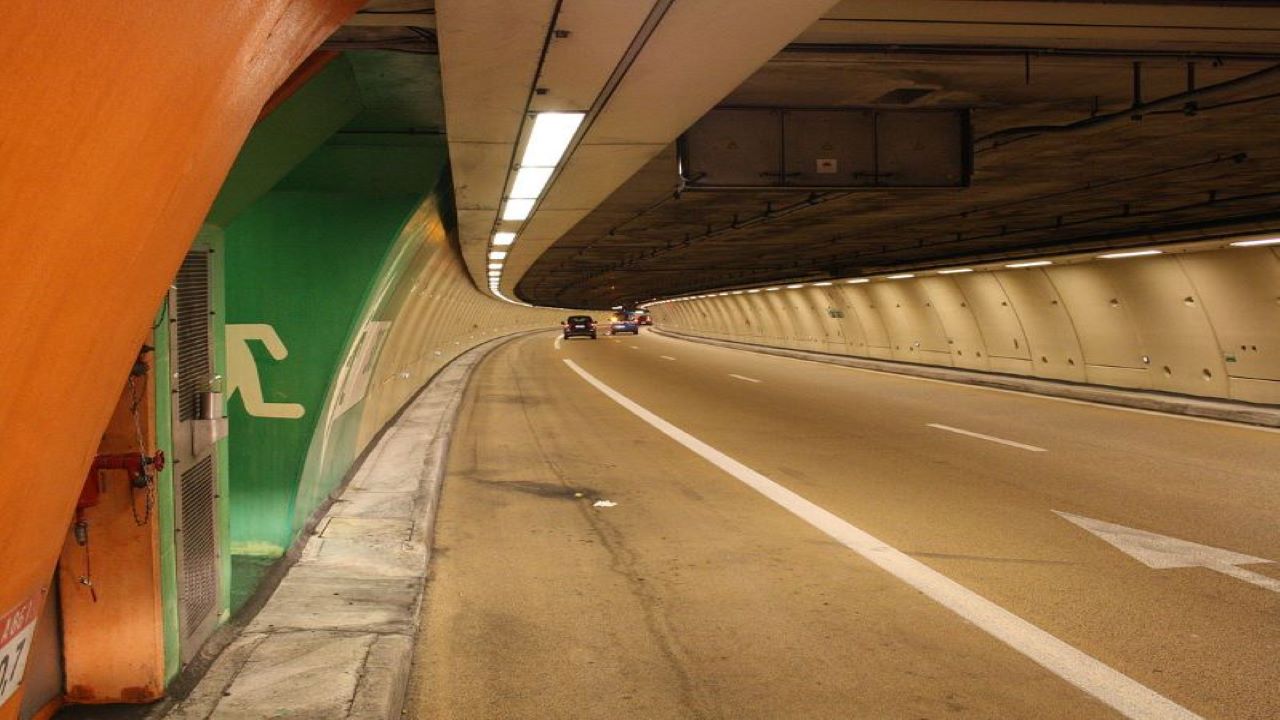 The A86 Duplex tunnel was inaugurated in January 2011. Credit: Lionel allorge.

Marioff conducted a fire test program for the project in which the HI-FOG® water mist system has been tested. Credit: jeangui111. 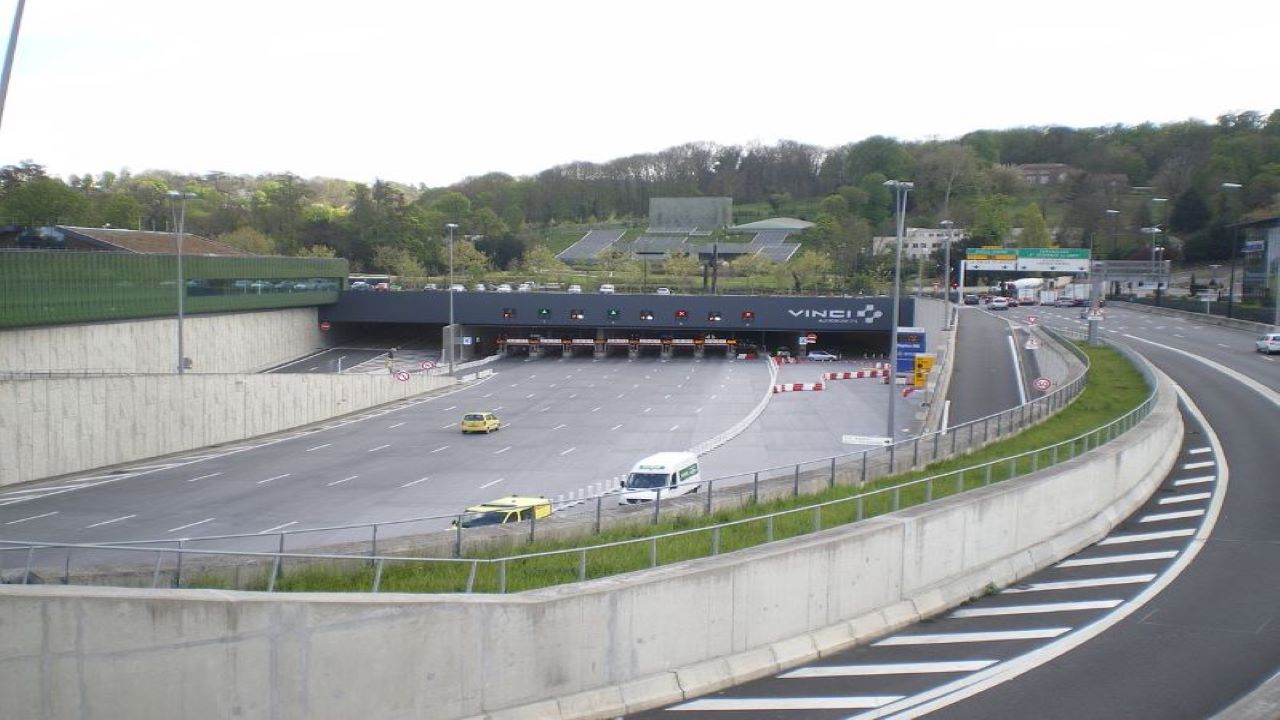 The A86, including the A86 West, has been built to relieve traffic congestion and improve traffic links between the suburbs of Paris. Credit: Akiry. 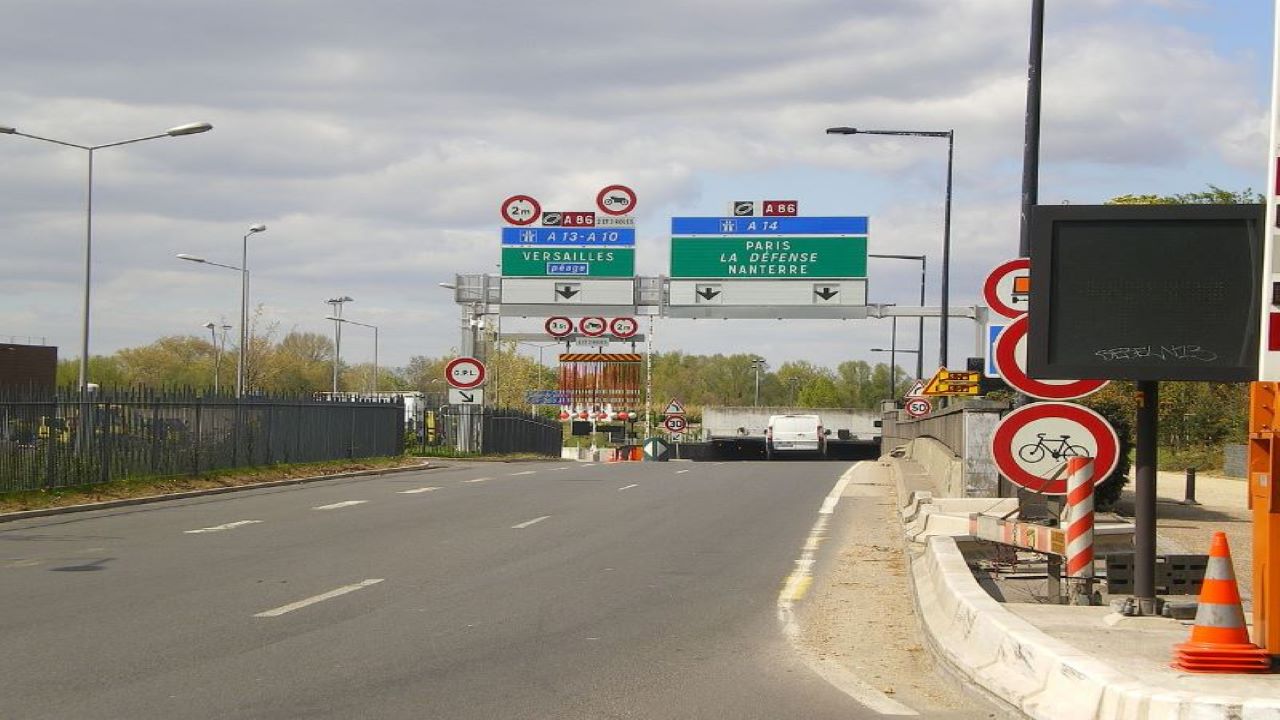 The A86 West consists of two toll tunnels; one is an innovative 10km double-deck tunnel (duplex motorway) for light vehicles, the other, at 5.5km. Credit: Akiry.

The A86 West Tunnel forms the final link of the 80km A86 ringroad around Greater Paris, France. Completed in January 2011, the tunnel allows the journey from Malmaison to Versailles to take only ten minutes, rather than 45 minutes.

At a cost of €2.2bn ($2.9bn), the A86 West consists of two toll tunnels; one is an innovative 10km A86 Duplex double-deck tunnel (duplex motorway) for light vehicles, the other, at 5.5km, is along more traditional lines with just a single deck designed for all vehicles including HGVs.

The A86, including the A86 West, has been built to relieve traffic congestion and improve traffic links between the suburbs of Paris. The completion of an outer ring road is expected to greatly relieve pressure on the existing road infrastructure and guarantee moving traffic.

However, there have been some historical issues which have seen the debate as to how best reach a solution continue for 30 years.

The proposed route for the A86 includes a stretch through the West of Paris; this is a problem area where road building is concerned. A mainly residential area it features some important historical monuments in Versailles and protected woodland areas. After rejecting 22 proposals the A86 West underground solution was accepted as a viable solution.

The French State granted Cofiroute the concession for the A86. Cofiroute have great experience in motorway construction and operation having done so with 890km of motorway in France up to 2001. Cofiroute appointed Societé de Construction de l’Autoroute de traversee de l’Ouest Parisien (Socatop) as consultant engineers and contractors, their remit to include construction work. Socatop is an association that brings together three of the biggest construction and road industry companies in France, VINCI, Eiffage Construction and Colas.

Reinforcing steel was provided by SENDIN and Formwork was provided by several companies, including: Bernold-Ceresola, PERI S.A.S. France, RB-PIM and Simpra. Bonnard & Gardel provided consultant engineering services for the project (geotechnics and hydraulics) and multi-service vehicles were provided by TECHNIMETAL.

The Lasco project #5 was deployed in the A86 Duplex tunnel, between Rueil-Malmaison in Vélizy, west of Paris in 2016. Pantone Felipe partnered with VINCI Autoroutes and painted the tunnel with vibrant digital colour scheme.

The East and West tunnels

The A86 West project involved two tunnels, the East and West tunnels. The East tunnel is exclusively for light vehicles with 2m-clearance height and features two decks each with three lanes. Each level is independent of the other, watertight and with individual air ventilation systems. It features an intermediate intersection with the A13 motorway.

The West tunnel accepts all vehicles including HGVs, its smaller internal diameter allows for two carriageways, one in each direction with the same ventilation system being used.

The tunnels were constructed using an all-terrain, made-to-measure tunnel boring machine (TBM) fabricated and supplied by Herrenknecht of Germany. The TBM used had three operating functions being able to simultaneously drill underground, remove of excavated materials and perform progressive structural finishing (through the installation of arch segments).

“The TBM was adaptable so it could be changed in diameter to meet the different bore requirements of each tunnel.”

The TBM was adaptable so it could be changed in diameter to meet the different bore requirements of each tunnel. Using a Mixshield the TBM could be configured to operate through different geological layers ranging from hard layers such as limestone to soft layers comprising of water and clay. Utilising a laser guiding system the TBM followed a precise boring course that saw an average of 30m being cut every day.

Tunnel boring for the first section was completed in October 2003 and fitting out of the tunnel as well as remodelling the A13 toll plaza was started in April 2004.

In June 2005 digging was started for the second section of the tunnel; the TBM had been dismantled and transferred to begin the work. The digging was completed in August 2007.

The final part of the TBM operation concerned the installation of arch segments to provide the structural finish to each tunnel. Seven of these arch segments comprise to make a ring together with one keystone. These segments were fabricated from prefabricated reinforced concrete and weigh 11t each. Over these a joint is fitted over the whole circumference to guarantee water tightness.

This construction technique provides an extremely strong and rigid structure that can easily handle the stresses placed upon it. The tunnel tube consists of a series of vertical slabs fixed to corbels embedded in the tube lining walls; these will form the structure to support the road and are again made from reinforced concrete.

Both tunnels use HI-FOG fire protection technology, which is a high pressure sprinkler system that produces a fine mist of water (droplets 50–120µm) to damp down smoke or extinguish and cool fires.

The system only uses water which is non toxic. The system was developed and is marketed by the Marioff Corporation.

The East tunnel has 13 ERAs with smoke evacuation vents and interconnecting stairways. There are also five emergency shafts: Prieuré in Marnes la Coquette, Carrousel in Versailles, Viroflay railway station in Viroflay and Porchefontaine in Versailles (here there is also an ERA).

It is of extreme importance that the tunnel has a smooth traffic flow rate and the mechanisms to quickly respond to any emergency events. This is achieved partly through an information system that automatically collects traffic data such and speed and density of traffic. This information is relayed to a safety and control office to allow quick and effective control of vehicles entering, inside and exiting the tunnel.

The tunnels also feature 350 DIVA cameras for the instantaneous detection of
non-moving vehicles to supplement the fire alarms, air quality detectors and other traffic management systems that usually determine incidents and intervention response.