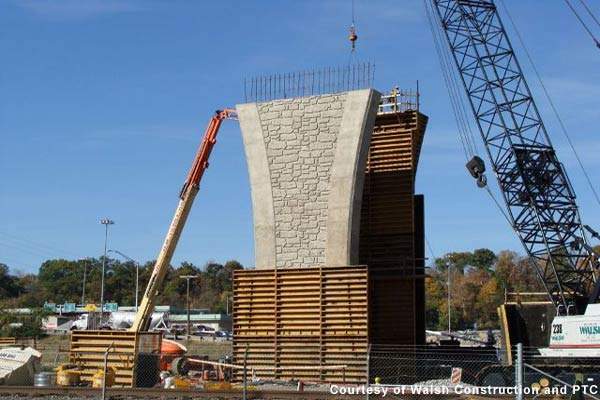 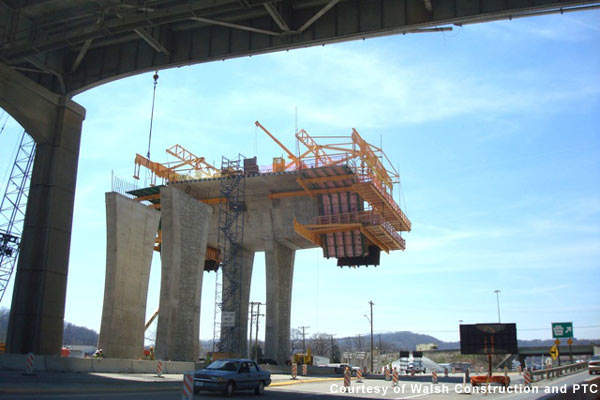 The structure of the bridge will use cast-in-place concrete box girders and will be post-tensioned using a special cable system. 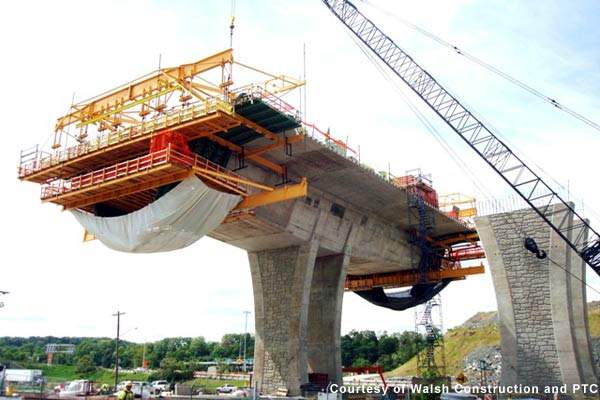 Twin wall piers were selected for an optimum design. This eliminated the requirement for temporary towers during the construction phase. 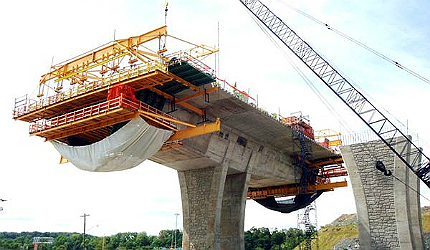 The bridge is being built to replace the 55-year-old steel truss structure which is further upstream. The bridge replacement project’s contract is worth $193.6m and is expected to be completed by November 2012.

The structure of the bridge will use cast-in-place concrete box girders and will be post-tensioned using a special cable system.

The bridge will be the first of its kind constructed in Pennsylvania for the Pennsylvania Turnpike Commission (PTC).

"The goals of the I-76 reconstruction programme are to improve the durability of the road, enhance safety and to increase capacity."

All lanes in the east and west direction have been opened. By January 2009, the twin wall pier construction along with the foundation had been completed. Only the Piers 5WB and 2WB are yet to be completed.

The depth of the concrete segmental box girders is 26ft at the main span piers, 19ft at the side span piers and 11ft at mid-span cross the Allegheny River Valley. The bridge is being cast in place using travelling forms using the cantilever method. Work begins from the top of the piers.

In order to simplify formwork and casting operations, the cross-section of the segmental box girder was uniquely designed. It is designed as a single cell box girder with a core form without ribs or transverse drop beams. The wing length houses typical deck widths of 61ft to 84ft at the westbound-end span near the interchange.

Every segment is being cast with two inches of extra monolithic top slab concrete thickness. This forms a vital wearing surface. The integral wearing surface and the top flange of the box were post-tensioned in transverse and longitudinal directions.

The Pearl Harbor Memorial Bridge, known as the Q Bridge by locals, is located on Interstate 95 (Connecticut Turnpike).

For launching the travelling forms, balanced cantilever construction began from pier tables. These were cast in place atop twin-wall piers to provide a platform. The asymmetry kept the cantilever balanced as one side was 24ft long and the other side of the pier table was 16ft long. This helped the cantilever in being balanced within the half segment. This way it utilised the constant 16ft segment lengths and minimised the out-of-balance loads, while easing lengths of construction.

In order to meet the project schedule, the year-round cantilever construction utilises four travelling forms. The extremely low winter temperature in and around the Pittsburgh area is 20°F on average. This makes a cold weather concreting plan essential for maintaining production.

Twin wall piers were selected for an optimum design. This eliminated the requirement for temporary towers during the construction phase.

Bayonne Bridge is one of the longest steel arch bridges in the world. It connects the city of Bayonne, in New Jersey, with the Port Richmond area of Staten Island.

To provide the required flexibility for creep and temperature effects, the strength and slenderness of the twin walls are evenly balanced. The piers are 100ft tall for river Piers 2 through 5 and 60ft tall at Pier 1. The piers in the river were all designed to cope with barge impact loading (3000 kip maximum), ice loading and scour provisions.

During the design stage, studies proved that the new Allegheny River Bridge project points towards several foundation options with viable solutions. Taking into account the contractor’s expertise while stimulating a competitive bidding arena and to maximise economy in foundations, detailed foundation bid options were included.

The bridge will replace the old Allegheny River bridge, situated 14 miles north-east of Pittsburgh between Harmar County and Plum Borough. The bridge construction project is part of a total reconstruction of Interstate 76 (I-76) between Mileposts 46.56 and 49.54.

The goals of the I-76 reconstruction programme are to improve the durability of the road, enhance safety and to increase capacity. The project will widen the I-76 to three lanes in each direction between the Pa Route 28 overpass to the west and Oakmont Service Plaza to the east.

The bridge will be 2,350ft long and 120ft high over the river. Each deck will be about 61ft wide with three 12ft-wide vehicle lanes, a 12ft-wide outside berm and a 10ft-wide inside berm. Both of these decks will have a concrete road surface. The design includes a variable depth superstructure and a stone pattern on the rectangular piers. Each of the bridge decks will have two piers in the main channel of the river and two piers in the back channel.

The project will also integrate the bridge into the existing road with the construction of retaining walls and toll plaza ramps, as well as the reconstruction of the approach roadway and ramps at Interchange 48. The bridge will span the Allegheny River, the river-side recreational channel, a main rail line, Fourteen Mile Island and Freeport Road.

The bridge was designed by Figg Bridge Engineers. The construction is being carried out by Walsh Construction Company (Chicago) and McTish, Kunkel and Associates are acting as the PTC project managers. Form travellers and the post-tensioning system for the project will be provided by SDI. The construction will require 50,000yd³ of concrete and 3,000t of steel reinforcement.