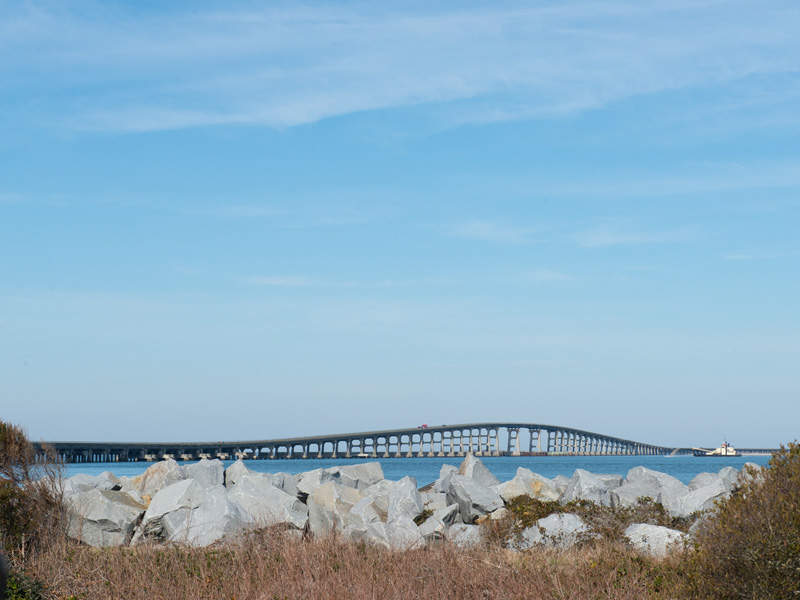 The new Bonner Bridge is being built by PCL Civil Constructors to replace the ageing Bonner Bridge. Credit: NCDOTcommunications. 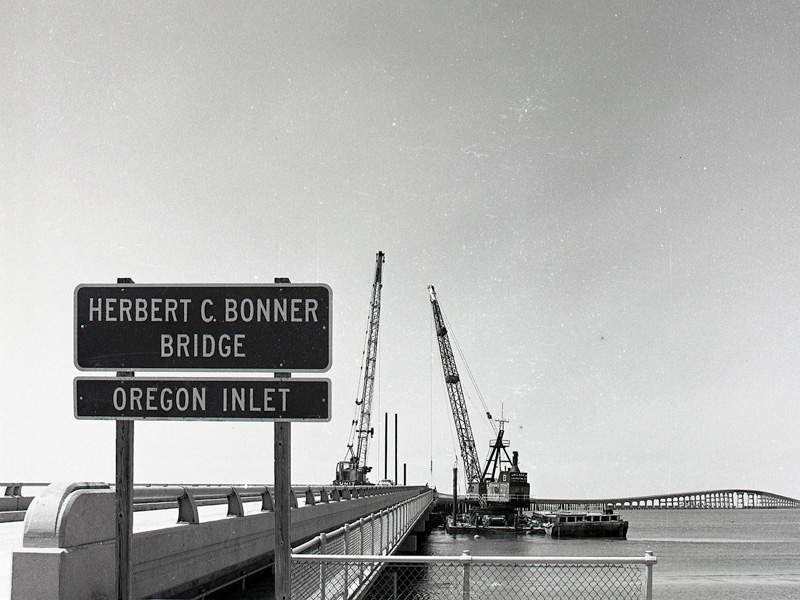 The Bonner Bridge was first constructed in 1963. Credit: NCDOTcommunications. 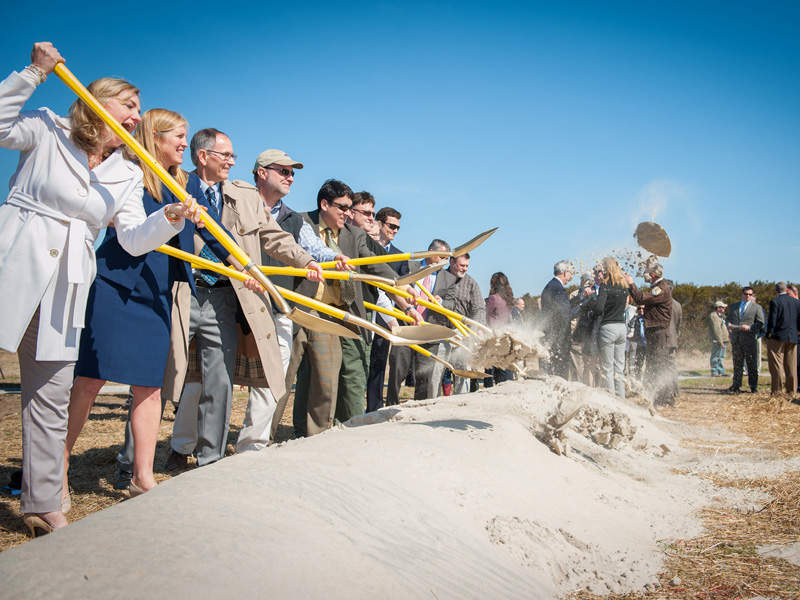 The ground-breaking ceremony for the new Bonner Bridge at North Carolina. Credit: NCDOTcommunications.

The ageing Herbert C Bonner Bridge, which was built over the Oregon Inlet in Dare County, is being replaced with a new 4.34km-long bridge by the North Carolina Department of Transportation (NCDOT), under the Bonner Bridge Replacement Project.

The Bonner Bridge carries North Carolina Highway 12 (NC 12), which is the only access route between Bodie Island and Hatteras Island.

Construction on the two-lane bridge began in March 2016 after a ground-breaking ceremony with Pat McCrory, the Governor of North Carolina.

The new bridge is expected to be open in November 2018.

The old bridge is scheduled to be demolished between November 2018 and September 2019.

The Bonner Bridge was named after Herbert Covington Bonner, a congressman who represented North Carolina between 1940 and 1965. It was built in 1963 to provide transportation over the Oregon Inlet and replace the hour-long ferry ride, which faced restrictions due to weather conditions.

Since 1989, the NCDOT has planned to replace the old bridge with a new parallel bridge.

PCL Civil Constructors and HDR Engineering were awarded a $215.8m design-build contract in July 2011 for the construction of a longer bridge with a five-year warranty.

The construction was expected to be completed by February 2016 but was delayed due to lawsuits filed by environmentalists.

McCrory and NCDOT team finally received a green light for the new construction in June 2015.

Design details of the Bonner Bridge

The new bridge has been designed by PCL Civil Constructors, which used segmental and conventional concepts to produce a cost-efficient structure. It will be the first bridge in the state to be built using stainless reinforcing steel, which will provide better corrosion protection and low maintenance costs.

An accelerated bridge construction technique, involving the use of 65% of the offsite concrete precast, will prevent the marine environment from affecting construction.

Each span will be 300ft wide, offering additional navigation opportunities beneath the bridge.

The high-rise section of the bridge will be 3,500ft-long and will include precast segmental superstructure and columns. The superstructure will incorporate a balanced cantilever design.

The north and the south approach structures will be made of prestressed concrete beams and will hold a cast-in-place deck atop them.

The new Bonner Bridge will have a 100-year lifespan, and be constructed in five different parts. The construction begins with the south end approach structure and will then move to the north structure, before proceeding to the navigation zone.

The sections linking the navigation zone will then be constructed.

The first pile for construction was driven in early April 2016 and the first support beam set is expected to be placed in July 2016.