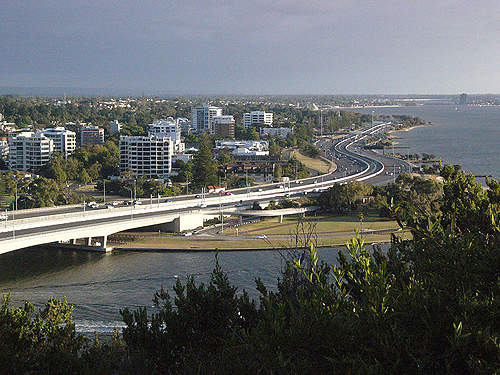 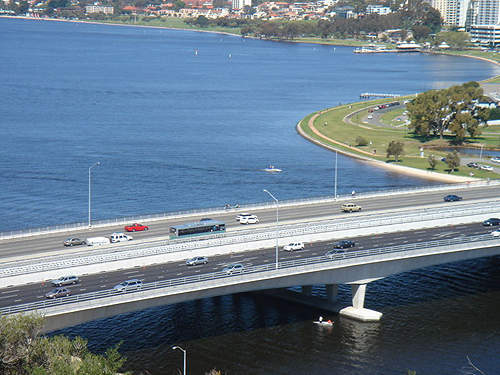 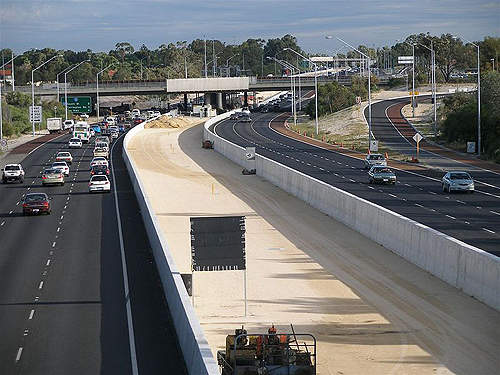 The Kwinana Freeway widening project reduces congestion on the road and improves safety and transport efficiency to the Port of Fremantle.

The overall estimated cost of the Kwinana Freeway widening project was $58m. 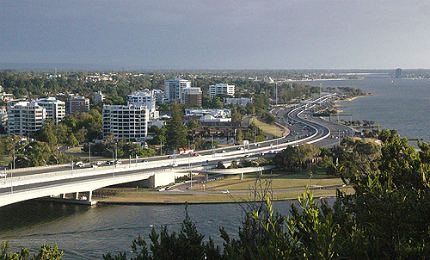 Kwinana Freeway is a 78km road connecting Perth in Western Australia with the northern suburbs and Fremantle Harbour. The widening of a 4.5km section of the freeway between Leach and Roe motorways began on 25 July 2011.

The Kwinana Freeway was built during the 1970s and carries about 107,000 vehicles a day.

Need for the road widening project

The widening was undertaken because the existing two lanes on the road are congested during peak traffic times and it is unable to handle its growing traffic.

Expansion of the south-west corridor, construction of the Fiona Stanley Hospital, extension of the freeway to Mandurah and access of freight vehicles from the Port of Fremantle contributed to the need for the freeway’s widening.

The $58m freeway widening project between Leach Highway and Roe Highway involved adding an extra lane in each direction.

The widened road not only handles the growing traffic, but also ensures increased levels of road safety, and reduces travel time and fuel consumption.

The project also helps to improve the safety and transport efficiency of vessels coming to and from Fremantle Harbour.

It enables better access for the residents of Cockburn and Melville cities on to the motorway, as well as providing better access to Fiona Stanley Hospital and Murdoch Activity Centre.

In June 2011, Highway Construction was awarded the $58m motorway widening construction contract. The project started on 25 July 2011 and was completed in March 2013.

“The project also helps to improve the safety and transport efficiency of vessels coming to and from Fremantle Harbour.”

It involved upgrading 4.5km length of the motorway from Leach Highway to Roe Highway. It required the existing two-lane road to be widened to three lanes in both directions.

Noise walls, screen walls and a new intersection at South Street and a new road at Fiona Wood were also constructed.

The motorway was extended to Barry Marshall Parade and the signalised intersection at South Street was modified.

Preliminary works involved the construction of ramps and the southbound carriageway on Leach Highway, adjusting the line markings on the existing road and providing narrower lanes for ensuring adequate distance between the construction works on the motorway and traffic on the road.

The overall estimated cost of the Kwinana Freeway widening project was $58m. It was funded by Federal and Western Australian governments equally.

During the construction period the speed limit of the Kwinana Freeway was 80km per hour throughout the road.

Tow trucks were provided in peak traffic times to rescue broken down vehicles and to ensure no disruption to the free flow of traffic and construction works.

Traffic management on the road during the widening process was managed by Construction Reference Group, which also identified issues relating to the project and provided inputs to the project design.