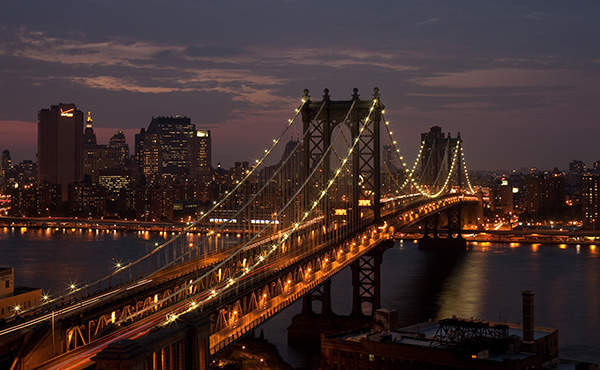 Manhattan Bridge is a suspension bridge across the East River in New York City. Image courtesy of slowpoke748.

Manhattan Bridge is one of the three bridges built on the East River. Image courtesy of David Shankbone. 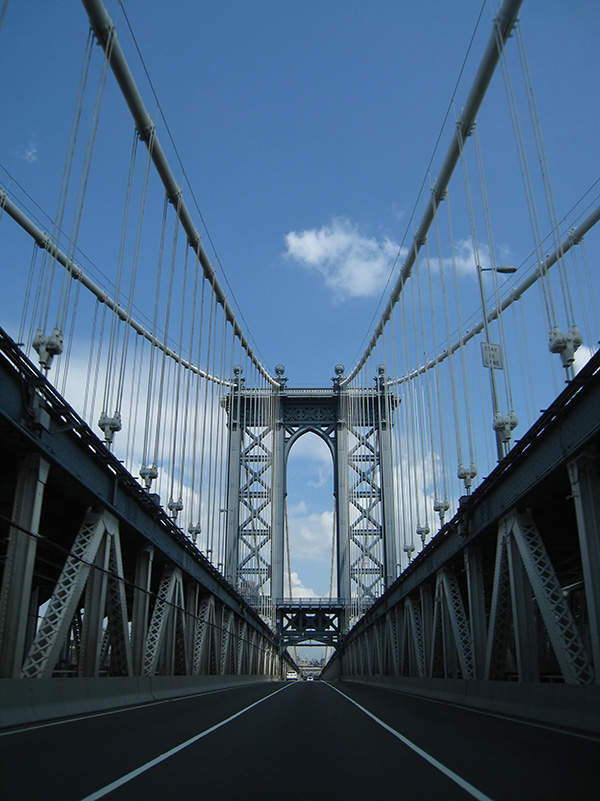 A $149m project to replace 628 suspenders of the bridge was started in early 2010. Image courtesy of Vlad Rud.

Manhattan Bridge is a suspension bridge spanning 5,780ft across the East River in New York. The bridge connects south-east Manhattan with western Brooklyn. It is the last of three suspension bridges built across the river. The other two bridges are Brooklyn Bridge and the Williamsburg Bridge.

Manhattan Bridge was opened to traffic for the first time in December 1909. The wear and tear of the bridge over decades, especially due to heavy moving loads, has caused maintenance difficulties, which necessitated a long-term reconstruction plan for the bridge.

In 1982, a major reconstruction project for the bridge was initiated by the New York City Department of Transportation. The $834m project was completed in 2007.

Another $149m rehabilitation project, known as Contract No. 14, has been underway since January 2010. Its completion is scheduled for June 2013.

“In 1982, a major reconstruction project for the bridge was initiated by the New York City Department of Transportation.”

The bridge was designed by Leon Moisseiff, who was also engaged in designing the George Washington and Robert F. Kennedy Bridges. Manhattan Bridge’s design was based on deflection theory, an experimental new bridge engineering principle at the time, which advocated relying on the inherent structure of suspension bridges instead of using massive stiffening trusses.

The construction of Manhattan Bridge started in October 1901 and took more than eight years to complete. The bridge was officially inaugurated on 31 December 1909.

Traffic management and need for reconstruction

The Manhattan Bridge has three vehicle lanes, four subway tracks, a walkway and a bikeway on its upper level. Four vehicle lanes (two lanes in each direction) are present on the lower level of the bridge.

Average traffic flow on the bridge includes 75,000 vehicles, 320,000 transit riders and 3,000 bicyclists and pedestrians. The bridge is also a major truck route.

The reconstruction of Manhattan Bridge was warranted mainly for two reasons. Firstly the bridge, designed and built on deflection theory, had lightly reinforced decks. The foundational design of the bridge was also not found adequate and safe during the long run.

Secondly, the introduction of increasing number of moving loads caused significant strain on the bridge structure. The upper level of the bridge was originally being used for streetcars. But in the 1940s, the streetcar tracks were replaced with auto lanes. The load of transit trains further led to significant twisting strain on the deck.

Cracks and corrosions were found in the Manhattan Bridge structure during an investigation conducted in 1978.

The New York City Department of Transportation (NYCDOT) considered a plan to build a replacement bridge. But finally in 1982, it was decided to rebuild the existing Manhattan Bridge.

The $834m reconstruction work on Manhattan Bridge was carried out through a series of contracts. The reconstruction started with two projects ($40m and $97m) to stiffen the side spans and a $350m project to stiffen the main span of the bridge. It was achieved through the installation of a truss stiffening system.

The project also included the reconstruction of the north and south upper roadways as well as subway tracks, restoration of Manhattan Plaza, construction of a new north bikeway and replacement of the lower roadway.

The latest rehabilitation project for the Manhattan Bridge has been ongoing since January 2010. The scope of the project includes the replacement of 628 suspenders and the re-wrapping of the main cables of the bridge.

Apart from replacing and upgrading the bridge’s necklace lighting, maintenance platforms are also being built at the towers.

The works are planned in coordination with the simultaneous Brooklyn Bridge Rehabilitation Programme to avoid disruptions.

The rehabilitation project is estimated to cost $149m, which is funded by Federal Highway Administration of New York State and New York City.

Skanska is the main contractor of the rehabilitation project. Other members of the project team are Greenman-Pedersen (resident engineer), Weidlinger Associates (design and construction support) and Sam Schwartz Engineering (community outreach). The project is expected to be completed by June 2013.

After a state inspection of Brooklyn Bridge in 2007, its condition was rated as ‘poor’.