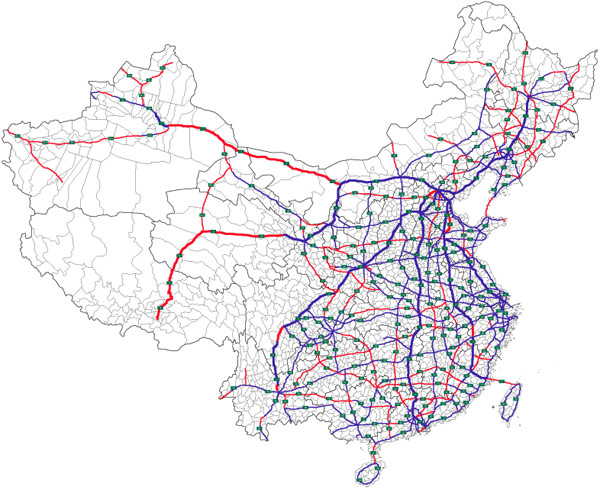 Map of the National Trunk Highway System (NTHS) expressway network in the People's Republic of China. Image courtesy of ASDFGH. 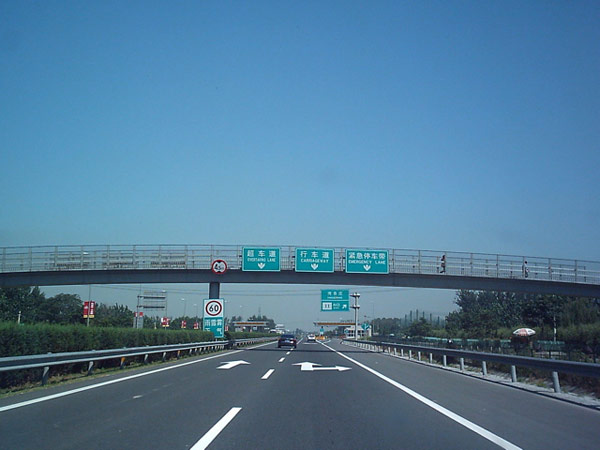 China has the second largest road network in the world after the US. 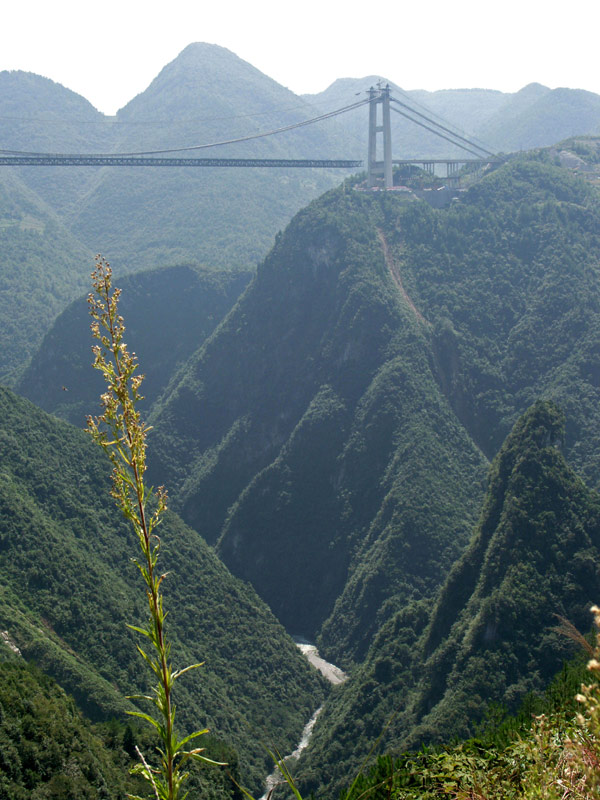 Connectivity to rural areas across the country is the next major issue being considered.

National Trunk Highway System (NTHS) is a network of freeways (traffic freeways) in the People’s Republic of China. It is the backbone of China’s transportation network. Construction of the system began in 1990 and is still underway. The total length of the system by 2011 was 85,000km, of which 11,000km was added to the network in 2011 alone.

The Asian Highway Network (or the Great Asian Highway) is a 141,000km network of roads running across 32 countries.

The NTHS is also known as 7918 network, as it comprises of seven highways from Beijing, nine North to South vertical expressways and 18 East to West horizontal expressways. The system links all the provincial capitals and cities with populations of more than 200,000. About 70% of the NTHS is expressways.

China’s expressway network has been growing by 20% a year since 2000. It is currently the second largest in the world after that of the United States (US). By 2020 China aims to increase its expressway and highway network to three million kilometres.

The NTHS project was proposed in 1988 with the aim of increasing the Chinese network of expressways from the then existing 147km to 35,000km of national trunk highways by 2020. The plan included construction of 12 high standard trunk roads, including five longitudinal roads and seven latitudinal roads. The proposed length was, however, completed 13 years ahead of schedule, in 2007.

“The total cost of the expressway network is estimated to be approximately $240bn, of which $17bn was invested between 2005 and 2010.”

China had therefore reset its road network target to 85,000km by 2020. The new target was also achieved nine years ahead of schedule, by 2011.

The Chinese Government is now focusing on the connectivity of roads for rural and remote areas, which has been a major issue. In 2009, the government announced a proposal to build 300,000 km of roads in rural areas. With the new targets in, China aims to take its place among the world’s biggest road networks.

The 12 trunk roads provide connectivity across all the leading cities of the country. Their design standards were prepared taking references from American Interstate Highway Systems.

The North-South Expressway (NSE) is a 772km expressway in Malaysia.

Five of the 12 roads are oriented north to south, while seven are oriented east to west. All the expressways were initially designed to be four lane routes. Some portions of the route were, however, made six lanes, because of the growing traffic congestion.

The project is led by the State Council, which is main entity responsible for overall planning and standards. Local transportation departments deal with detailed planning, design and construction of the project.

The country’s road network varies tremendously in both quality and quantity. The expansion of the road network was marginally increased after the initiation of the NTHS project.

Contractors and Financing for the Chinese trunk way system

The funding for the NTHS is through a Public Private Partnership. The provinces, including the respective sections of the NTHS, provide 65% to 95% of the capital required to construct and maintain the infrastructure. The concessions are issued based on a build, operate and transfer (BOT) method.

Yangtze Business Services, a London based publisher and event organiser in transportation industry, also participated in the project.

The total cost of the expressway network is estimated to be approximately $240bn, of which $17bn was invested between 2005 and 2010. The government plans to invest a further $12bn in to the project by the end of 2020.

Tokyo Gate Bridge, also called the Dinosaur Bridge (derived from its shape), is a 2.6km-long truss bridge over Tokyo Bay in the capital city of Japan.

Fire in the hole: tunnel safety in Asia