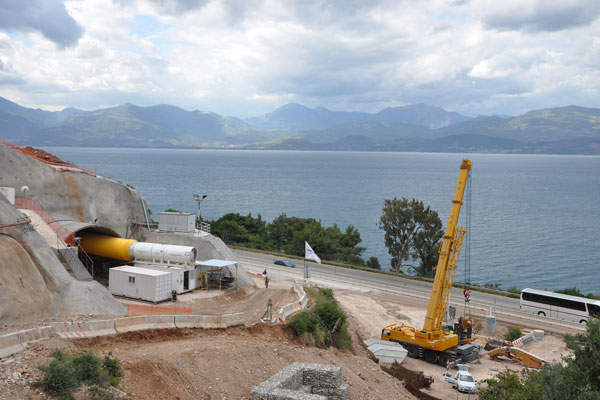 The Olympia Odos Motorway Project was resumed in December 2013. 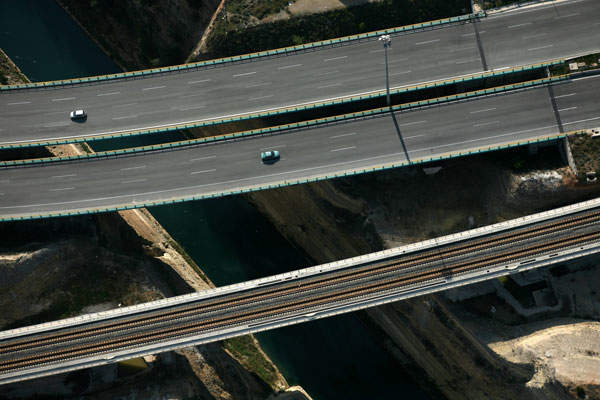 Upgrade works for 81km of the motorway’s existing sections are being carried out as part of the project.

The Olympia Odos 365km motorway currently under construction in the northern Peloponese, will be the biggest motorway in Greece on its scheduled completion in 2015. It will stretch from Athens via Corinth and Patras to Tsakona in the southern Peloponnese.

The road project involves the construction of new sections from Corinth to Patra and from Patra to Pyrgos to Tsakona. It also involves the upgrading of two existing sections, from Elefsina to Corinth, and the Patra Bypass section.

The project will reduce the travel time by 20% from Corinth to Patras, 30% from Patras to Pyrgos, and 40% from Pyrgos to Tsakona. The motorway has so far generated more than 2,000 construction jobs.

Construction of the project started in August 2008 but was halted in 2011 due to financial issues and delays in land release. The project was resumed following a thorough restructuring that made it possible to complete the refinancing in December 2013.

“Construction of the project started in August 2008 but was halted in 2011 due to financial issues.”

The total cost for the project is estimated to be €2.8bn ($3.79bn approximately). It is being financed through a combination of bank loans, toll revenues, private investments, as well as the Greek state and the European Union.

The construction cost is being financed 41% through bank loans, 32% through toll revenues, 20% through public and European funds, and 7% through the shareholders’ investment. A loan facility up to €200m was also provided by the European Investment Bank (EIB). Toll revenues collected from the motorway will be used to return the investment to the private lenders.

The new Corinth-Patra section measuring 120km long will carry two lanes and an emergency lane in each direction. A central reserved lane will stretch across the entire section. Five tunnels at Derveni, Mavra Litharia, Akrata, Platanos and Panagopoula, measuring 16km in length, will be built along the section.

The new Patra-Pyrgos-Tsakona section stretching 164km in length will comprise two sections: Patra-Pyrgos and Alfeios-Tsakona. The Patra-Pygros section will carry two traffic lanes and one emergency lane per direction, including a central reserve, while the Alfeios-Tsakona section will carry two traffic lanes per direction along with a central reserve.

The existing 63km long Elefsina-Corinth section comprising three motorway lanes and the existing 18km long Patra Bypass section which features two motorway lanes will be upgraded as part of the project. The Greek motorway project involves the construction of 18 new tunnels and a number of bridges, and the construction and repair of more than 400 engineering structures in total.

Construction of the Greek motorway

Prior to pausing the project in 2011, up to 62% of the excavation works for the tunnels along the Corinth-Patra section were completed. Earthworks (excavations and fills) along a length of 35km, including a number of technical works, such as anti-flood culverts, overpasses and underpasses, bridges and other ancillary works, were completed on the Patra-Pyrgos section.

“The upgrade works include the replacement of existing median metal barriers.”

Preliminary safety works for the improvement of antiskid conditions of the asphalt pavement on the most dangerous sections from Corinth-Patra were carried out with shot blasting.

The upgrade works include the replacement of existing median metal barriers with New Jersey concrete barriers, reconstruction of the pavement and renewal of road marking, construction of a new bridge at Pachi, installation of motorway management equipment, construction of facilities for fire brigade and traffic police, restoration of the tunnels, construction of rock fall protection systems, upgrade of toll stations, and other ancillary works.