X
Advertise with us
Akanksha 20 October 2013

The 24.5km Laerdal tunnel in Norway is the world’s longest road tunnel. The single tube tunnel with two-way traffic stretches between the county of Aurland and the Laerdal valley. It took about five years and more than a billion kroner (approximately $114m) to construct.

Norway has some of the most difficult mountainous terrain in the world, as well as many narrow road passages that have many fjord crossings. The Norwegian Parliament, therefore, chose to build a tunnel rather than invest in road refurbishments given the risky terrain.

Building the world’s longest tunnel created a myriad of design and construction challenges. Precise drilling was achieved with the use of navigation satellites and computer-controlled drilling jumbos. A staggering 2.5 million cubic metres of rock was excavated from the tunnel.

A 2.1km-long access tunnel had to be built in a side valley named Tynjadal in order to avoid damage to the surrounding landscape and a group of psychologists were used to help incorporate elements inside the tunnel, to improve passenger journeys

The Zhongnanshan tunnel passing through the Qinling mountains in Shaanxi province of China is currently the second longest road tunnel in the world. The 18.02km long tunnel is currently the world’s longest twin-tube tunnel. It was opened in January 2007 after nearly five years of construction.

The tunnel is built on a north-south highway connecting Baotou to Beihai, and it cost $410m. The two tubes of the tunnel allow four lanes of vehicle traffic at a maximum speed of 80km/h. They were bored using conventional methods of drilling and blasting through the gneiss and granite rocks.

Each of the 6m-high tubes has coloured and patterned lighting to keep drivers alert. Artificial plants and pictures of clouds projected over the roof of the tube interiors make journeys through the tunnel pleasant, while also reducing eye strain.

The St. Gotthard tunnel is a Swiss marvel stretching across 16.94km. The road tunnel took ten years to complete, from 1970 to 1980. It is part of the A2 motorway and contains a single bore with one lane in each direction. It currently ranks as the world’s third longest road tunnel.

The tunnel currently carries more than 17,000 vehicles per day through the Gotthard mountains. Being a single tube, it has been witnessing heavy traffic jams at the north and south ends of the tunnel. Incidences of fatal accidents, involving especially trucks, have been of increasing concern.

The Switzerland Government has decided to develop a second road tunnel through the Gotthard mountain range in order to reduce the traffic congestion through the existing tunnel. It will, however, not come into use before 2027. 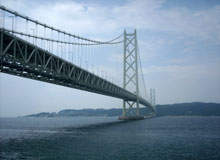 The 13.97km long Arlberg road tunnel in Austria ranks as the world’s fourth longest tunnel. It is part of the Arlberg highway (S16 Arlbergschnellstraße in German) and crosses the Arlberg mountain ranges. It connects the Tyrol province located in the east with Austria’s westernmost province, Vorarlberg. It took four years to construct and was officially opened to traffic in 1978.

The tunnel is currently used by more than 8,000 vehicles a day and is the safest means of transportation along the route during winter. It has eight escape routes and is monitored continuously through more than 40 video cameras.

A major renovation and safety upgrade is on the cards to replace outdated equipment and further improve the safety standards. The €136m ($183m) upgrade will be carried out from 2014 to 2017. In addition to replacing the existing equipment, it will add 37 additional escape routes and reduce the distance of the escape route from the current 1,700m to 500m, making the tunnel much safer.

At 12.94km long, the Hsuehshan tunnel in Taiwan stands at fifth among the world’s longest road tunnels. The tunnel opened to traffic in June 2006 and is also the second longest road tunnel in the Asia-Pacific region. It connects the Taipei and Yilan counties of Taiwan, reducing the journey time between the two places from two hours to less than 40 minutes.

Chinese construction company RSEA constructed the tunnel during 15 years, facing numerous challenges posed by the complex geology of the Hsuehshan mountain range. It was a challenging and painful engineering task, with almost hundred ground collapses and major mishaps trapping the tunnel boring machines inside.

Traffic inside the tunnel is managed with the help of traffic control equipment supplied by Moxa. Automated enforcement cameras continuously monitor the speed, tailgaters and lane-changers throughout the length of the tunnel. The journey inside the tunnel is made safe and pleasant by two FM channels, that provide entertainment and information.

The Fréjus road tunnel connecting France and Italy through the Northern Alps is the sixth longest road tunnel in the world. The 12.87km tunnel was opened in 1980. It cost approximately two billion francs at that time. SFTRF manages the French section of the tunnel, while the Italian section is managed by SITAF.

Tunnel construction was initiated in 1973 and completed in 1979. The bore was driven by blasting through the Alpines using explosives. The French end of the tunnel has one vertical shaft, whereas the Italian end consists of two shafts for ventilation. Tunnel ventilation is provided by means of six air circulation (ventilation) plants, four of them underground.

The Fréjus tunnel consists of two traffic lanes. The tunnel site is monitored continuously by 220 cameras. A parallel rescue tunnel is used in case of emergencies. A second safety tunnel is also due to be built alongside the main tunnel at a distance of 50m. The safety systems at the site are also due to be improved, to meet new European Union standards that will be enforced in 2014.

The 12.29km Maijishan tunnel is located on the G30 Expressway, in Gansu province of China. The twin tube, four-lane tunnel runs through the main ridge of the Qingling Mountain. It was initially known as Dapingli tunnel but later renamed Maijishan. It is currently the seventh longest road tunnel in the world.

Construction of the Maijishan tunnel was started towards the end of 2005. The tunnel was opened to traffic in 2009. It is currently the second longest tunnel in China.

The left tube of the tunnel is 12,286m-long and the right tube is 12,290m-long. The tubes are sloped unidirectional at 1.62%. Subsection ventilation was used to meet the airflow requirements of the tunnel. The maximum embedding depth is 490m.

The 11.61km long Mont Blanc tunnel, connecting the Aosta Valley of Italy with Haute-Savoie of France, is the eighth longest tunnel in the world. It passes through the Mont Blanc, the highest mountain in the Alps mountain range of Europe.

The tunnel was opened to traffic in 1965. Its construction started with the boring commencing from the Italian side in 1946. The entire diameter of the tunnel bore was drilled and blasted. ATMB of France and SITMB of Italy were involved in the construction.

A major fire accident occurred in the tunnel in 1999, resulting in the deaths of 39 people. The tunnel was reopened to traffic in 2002 after the completion of a $514m repair and safety project. The tunnel is now equipped with a computerised system that analyses numerous data from safety equipment, such as cameras and heat detectors.

Gudvanga Tunnel with a length of 11.42km is the ninth longest in the world and the second longest in Norway. The tunnel is located within the municipal limits of Aurland in Sogn og Fjordane county and connects the Gudvangen village with Undredalen valley.

The two-lane tunnel is part of the European Route E16 which connects Bergen with Oslo. It was opened to traffic in December 1991. The width between the sidewalls is six metres

Gudvanga Tunnel carries traffic close to the Naeroey fjord, which is one of the major tourist attractions. The tunnel was temporarily closed in August 2013 following a fire accident and reopened in September 2013.

The tunnel consists of two tubes running 11.18km-long each. It is part of the G30 motorway, which connects Lianyungang in north-east China with Khorgas on the border with Kazakhstan.

Controlled blasting technology was employed for the construction. The tunnel was opened to traffic in May 2009.

Crowd-sourcing via smartphone apps and GPS devices is revolutionising the way in which traffic information is collated and analysed.

The mechanics of traffic: bringing ants to the picnic

A careful backyard observer would notice that ants never get caught up in their own traffic.