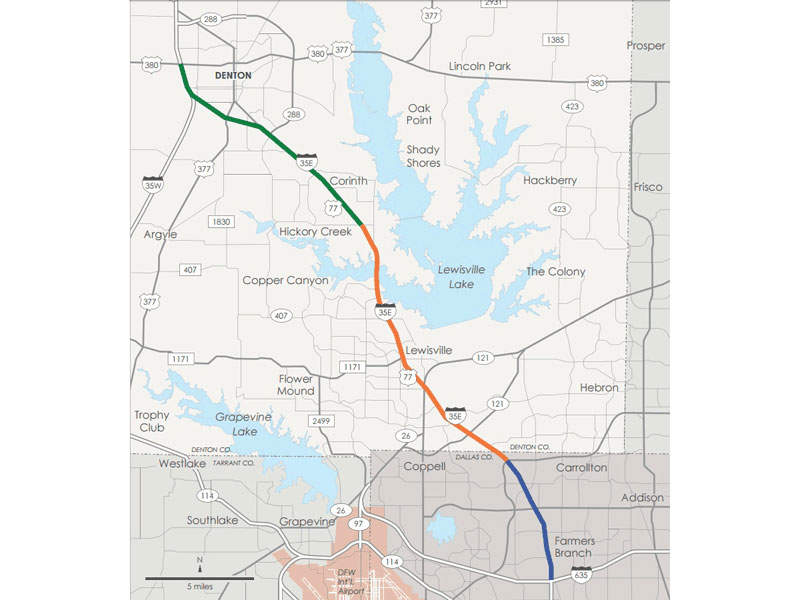 The 35Express project will widen the road network from Denton to Dallas. Credit: AGL Constructors. 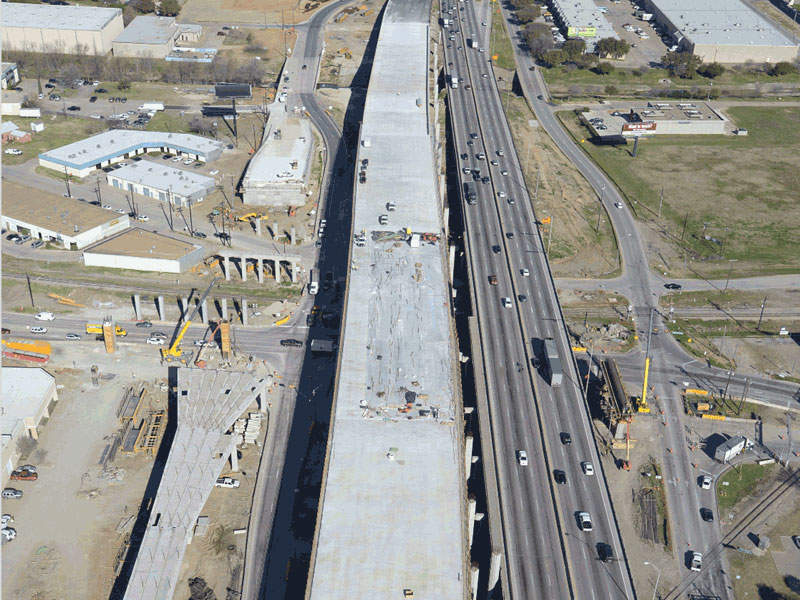 The project will add new lanes, ramps and toll lanes along the corridor. Credit: AGL Constructors. 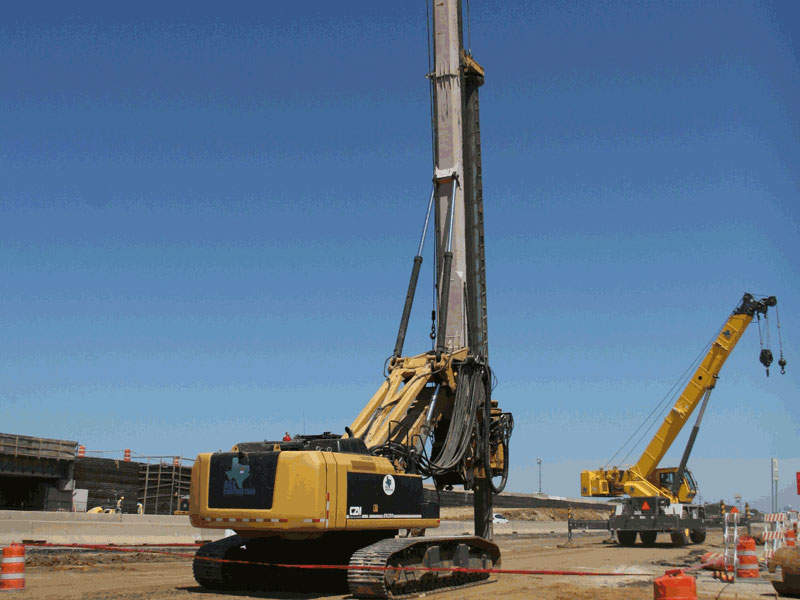 Drill shafts as deep as 120ft are being drilled for the 35Express project. Credit: AGL Constructors.

New toll lanes will be introduced on the I-35E for effective management of congestion during peak hours. Credit: AGL Constructors. 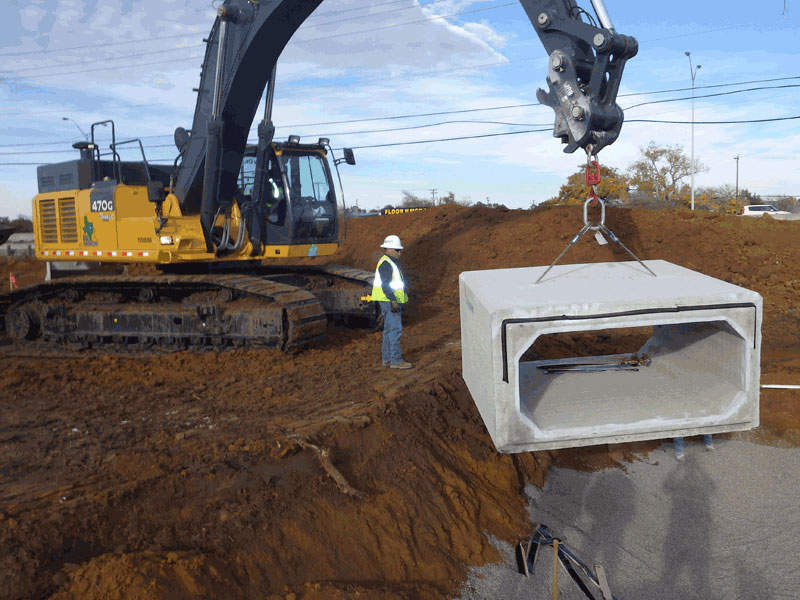 A range of equipment including wheel loaders, excavators, cranes, milling machines and drill rigs is being used for the 35Express project. Credit: AGL Constructors. 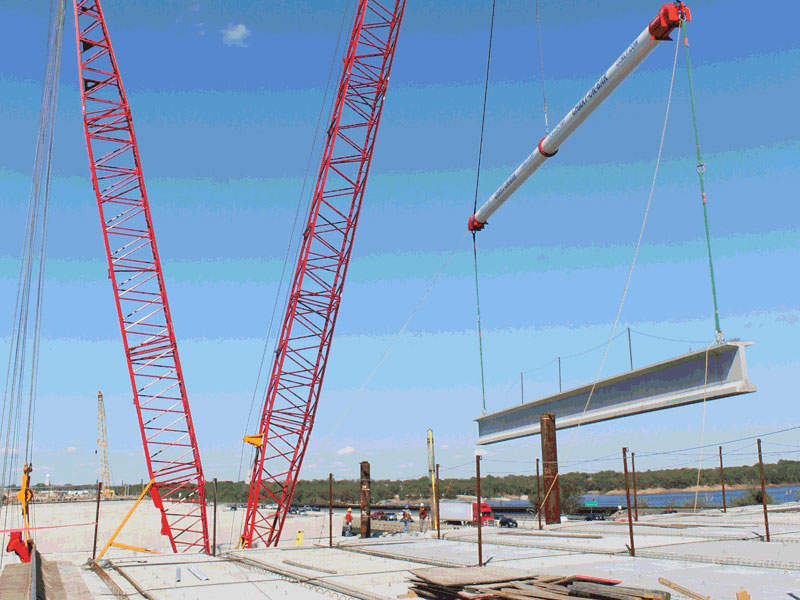 Lewisville Lake bridge is one of the biggest components of the 35Express project. Credit: AGL Constructors. 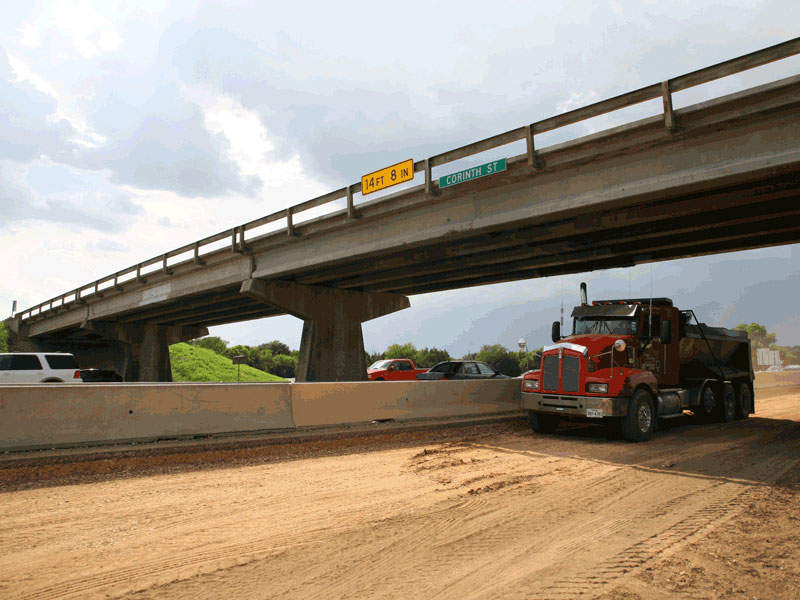 The existing Corinth Parkway bridge was demolished and a new replacement bridge is being built. Credit: AGL Constructors. 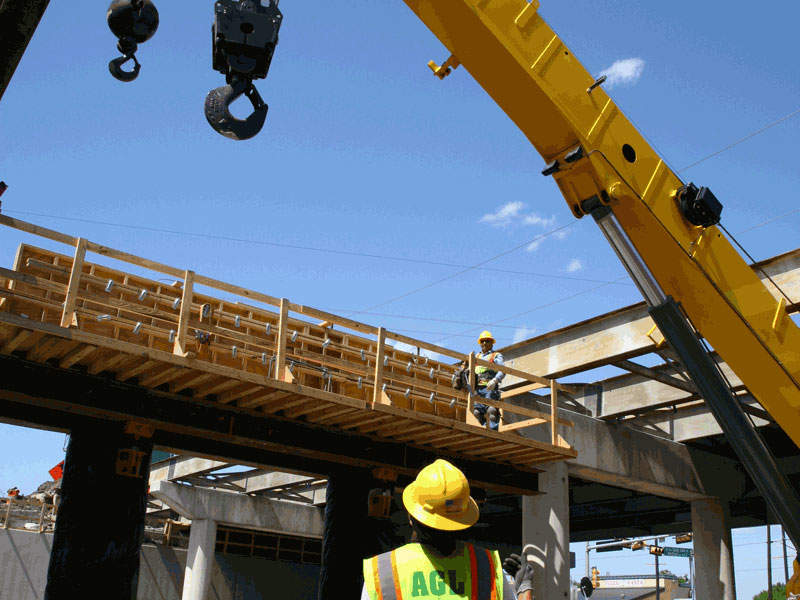 More than 75 bridges are planned to be either rebuilt or rehabilitated as part of the road project. Credit: AGL Constructors.

The 35Express project is being undertaken to improve and widen a 48.2km stretch of the Interstate 35E (I-35E) highway, which spans nine cities and two counties, from US Highway 380 (US 380) in Denton County to I-635 in Dallas County in Texas, US.

The $4.8bn project being executed in two phases will address the congestion resulting from increasing population growth in north Texas. Phase one of the project is estimated to cost $1.4bn and phase two will cost approximately $3.4bn.

Phase one commenced in October 2013 and is scheduled for completion in mid-2017, while the execution of the second phase is contingent on the identification of funding sources.

I-35E is a major network for thousands of commuters travelling each day through the Denton and Dallas suburbs. The highway witnesses approximately 20,000 vehicle movements near the I-635 highway, and carries 128,000 vehicles on the Lewisville Lake bridge. It also serves as the primary link for commuters travelling to major universities, including the University of North Texas.

The highway is also a key truck corridor carrying more than 12,000 trucks a day. The increasing traffic is causing heavy congestion for commuters, and the lack of frontage roads does not provide any alternatives for north-southbound motorists.

Major works under the 35Express project include the development of continuous frontage lanes, rehabilitation or reconstruction of more than 75 bridges, and widening and lengthening of ramps.

The project also includes the construction of an 18mi (29km) reversible managed toll lanes system with dynamic pricing. Branded as TEXpress Lanes, they will give commuters an additional route during peak hours and act as an effective congestion management tool.

The cost of using the toll lanes will vary according to the time of day and traffic volumes. Revenues will be used for future repair and restoration works on Texas roadways.

Phase I construction of the 35Express project

The phase I construction has been divided into three segments, namely north, middle and south. The 16.9km northern segment, which spans from US Highway 380 in Denton County to Swisher Road / FM 2181, will include three lanes in each direction. The capacity of the North Texas Boulevard, Corinth Parkway and Post Oak Road bridges will also be increased.

The Corinth Parkway bridge was demolished in February 2015 and reopened as an at-grade roadway in January 2016. The 12-mile (19.3km) middle segment spans from Swisher Road/FM 2181 to the President George Bush Turnpike. Two managed lanes in the middle and one additional multi-purpose lane in each direction will be added in this segment.

One of the biggest components of the segment is the construction of a new southbound bridge over Lewisville Lake with cycle and pedestrian lanes. The $250m bridge was completed and opened to traffic in September 2016.

Extending from President George Bush Turnpike to I-635, the 7.5mi (12.07km) southern segment will include the reconstruction of the Belt Line Road interchange into a two-level interchange. It will be elevated 35ft above ground and I-35E. The existing bridges at Crosby Road, Valwood Parkway and Valley View Lane will also be widened.

The new southbound Lewisville Lake bridge is the longest bridge to be constructed under the 35Express project at 7,798ft. The original bridges supported three northbound and three southbound lanes and were often heavily congested.

The new southbound bridge will feature eight lanes, including four southbound main lanes, two southbound frontage road lanes, two reversible managed toll lanes and a pedestrian/cycling lane. The length of the bridge spans ranges from 135ft to 140ft, which is roughly double the size of the spans on the existing bridge.

The original bridges will be modified to support northbound traffic, with four main lanes, two frontage road lanes and a shared path for pedestrians. Construction of a new northbound bridge is planned for the second phase of the project.

Phase two of the 35Express project

The phase two project will extend the managed lanes to Denton, as well as add one general-purpose lane and up to three frontage lanes along the length of the corridor.

Timelines for the second phase have not yet been identified. Its construction will depend on the identification of suitable funding and delivery methods.

The phase one project has been funded through federal ($460m), state ($979m) and local resources ($14m). A loan pending approval under the Transportation Infrastructure Finance and Innovation Act could increase federal contribution and reduce local donations.

Contractors involved with the 35Express project

The design team for the first phase includes Parsons and HDR.