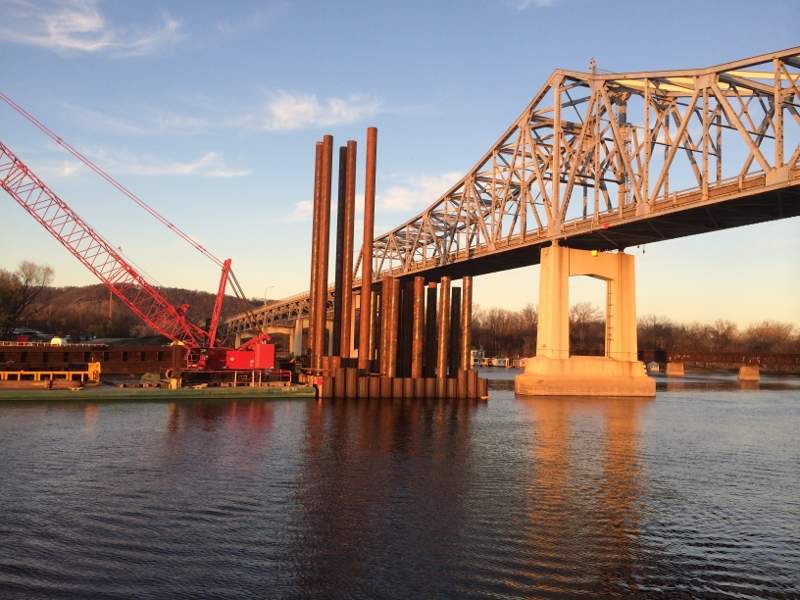 Winona Bridge Rehabilitation is a multi-phase project to restructure and augment the existing Winona Bridge. Credit: the Minnesota Department of Transport. 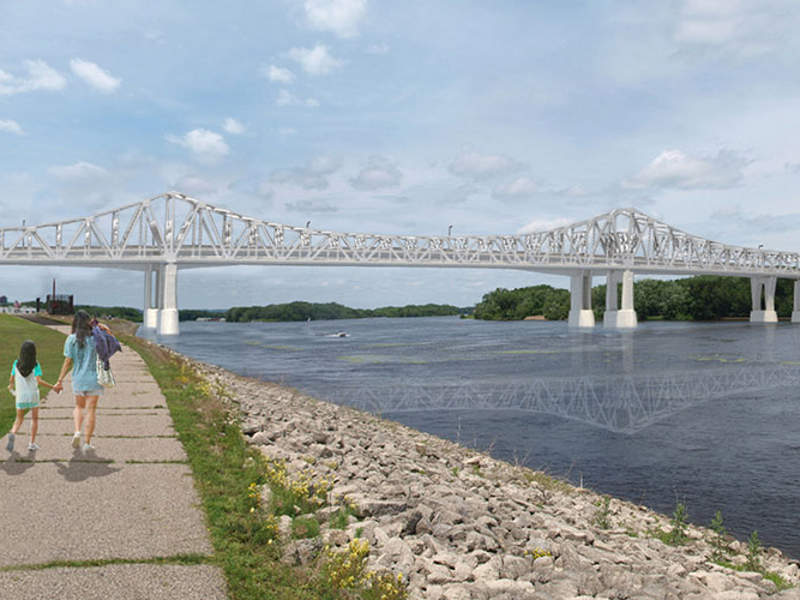 A new bridge will be constructed parallel to the old bridge. Credit: SRF Consulting Group. 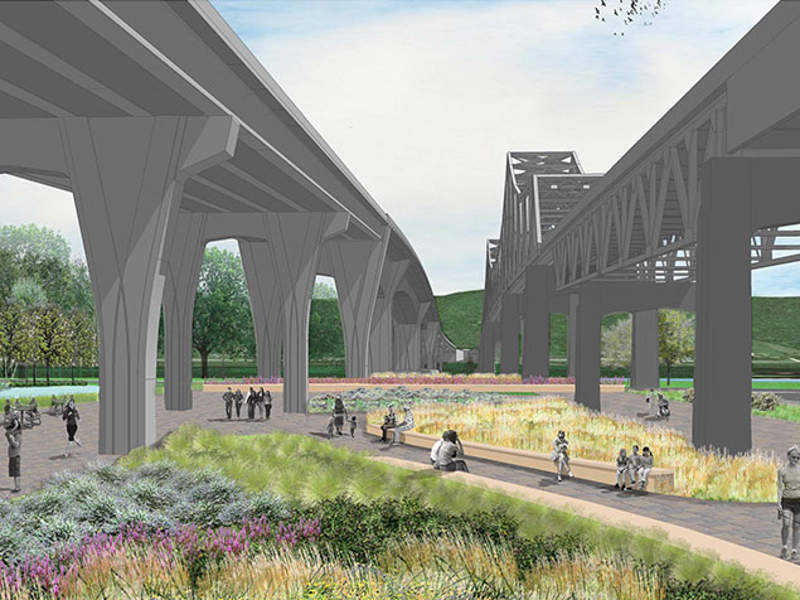 The rehabilitation work is expected to be completed in 2019. Credit: SRF Consulting Group. 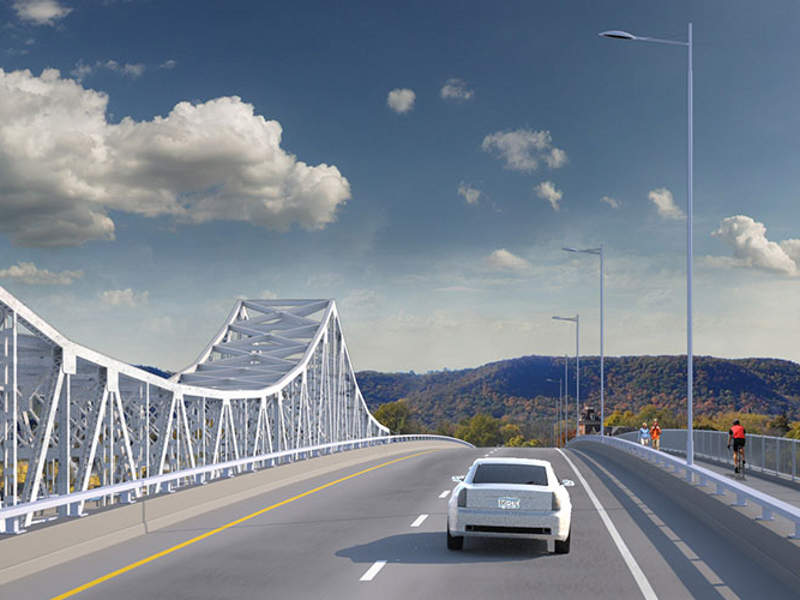 Spanning over the Mississippi River, the Winona bridge is an iconic structure for commuters, tourists and visitors. Credit: SRF Consulting Group. 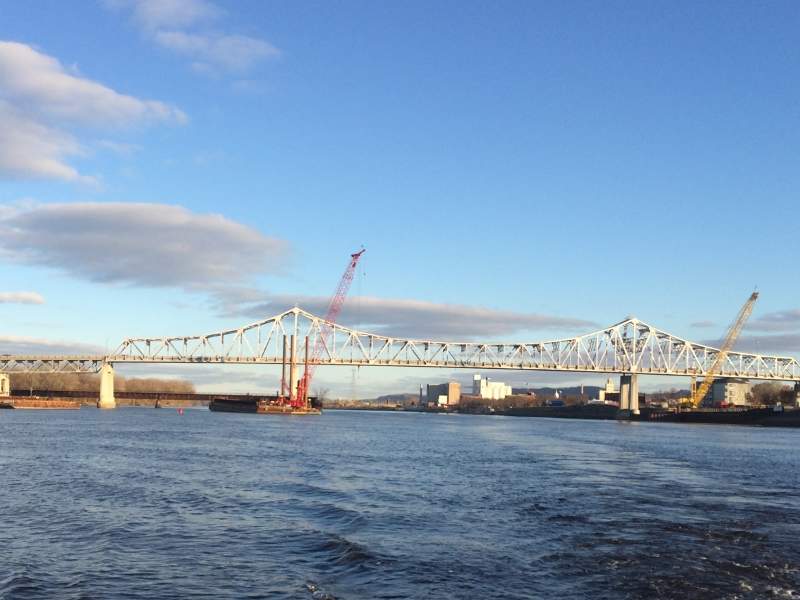 Due to its historic design and significance, Winona bridge is eligible for being listed on the National Register of Historic Places. Credit: the Minnesota Department of Transport.

The Winona Bridge rehabilitation project is a two-bridge solution that includes the rehabilitation of the existing bridge and the construction of a new permanent bridge upstream.

The new bridge is scheduled to be open for traffic on 27 August 2016, while rehabilitation of the existing bridge will be completed by 2019. The project is estimated to cost between $150m and $175m and includes right-of-way, design and construction contract administration.

A review process was conducted for the project by a partnership comprising the US Federal Highway Administration, Minnesota Department of Transportation (MnDoT), and the State Historical Preservation Office.

Extensive evaluations have been conducted to finalise a project solution as the bridge is eligible for listing on the National Register of Historic Places.

Measuring 2,289ft, the bridge carries approximately 12,000 vehicles a day and is a significant river crossing for commuters, commercial vehicles, emergency services and tourists.

The bridge was first closed to traffic in 2008 due to emergency repairs, leading to a 60-mile detour to cross the river. MnDoT decided to rehabilitate the bridge following the repairs as part of a state-wide programme to fix fracture-critical bridges.

A two-bridge solution was agreed upon owing to the importance of the crossing and also to keep the crossing accessible and reduce the financial burden.

Details of the new bridge over the Mississippi River

The multi-phased project will comprise the construction of a new cast-in-place, balanced cantilevered segmental bridge that will be parallel to the existing bridge.

A concrete box girder design will be used for constructing the new bridge that will be of the same height and style as the historic truss of the current bridge. It will be constructed before starting the rehabilitation of the old bridge and will help in minimising the impact on the traffic and commuters.

The new structure will be a two-lane bridge and will carry traffic heading southwards. The new bridge piers will be aligned with the piers of the existing bridge to maintain navigational clearance and also to appear harmonious, providing an uninterrupted view of the river.

A 12ft-wide pedestrian and bike path will also be constructed as part of the new bridge, along with improvements to turn lanes, signals and the intersection Winona Street between 4th Street.

The rehabilitation of the existing bridge will include reconstructing approach spans of the structure and refurbishing the Warren truss. The bridge will be modified into a two-lane bridge moving traffic to the north.

The restructuring will include full deck removal and replacement with a lightweight concrete deck, removal of the cantilevered walkway and replacing the deck truss spans and piers. The main through-truss and piers will be repaired, cleaned and painted.

MnDoT adopted a construction manager/general contractor (CMGC) procurement process for the project to expedite the completion of the bridge. Under this method, construction on the new bridge commenced, while the design was still being finalised.

Construction is in progress on the cast-in-place segmental portion of the bridge, which requires building a 16ft segment on either side of the river piers to balance it.

Ames Construction was selected as the contractor for the project, while SRF was chosen to provide environmental documentation and preliminary engineering. SRF’s scope of work included preliminary design of the project including roadway, water resources, extensive bridge and urban design work.