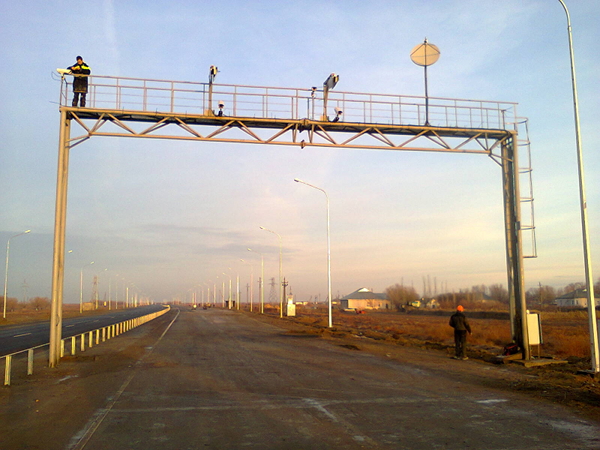 Kapsch TrafficCom has delivered and installed Weigh-In-Motion systems at four stations on two highways in Kazakhstan, allowing the weighing of vehicles even while travelling at full speed.

Two of the four stations are located at kilometer 59 of the highway from Almaty to Bishkek and the other two stations at kilometer 291 of the Astana-Petropavlovsk connection.

Kapsch TrafficCom COO Erwin Toplak said that the company ‘is very pleased about this order since it shows the great potential of this new system’, introduced only in the past year.

"We also hope to have the opportunity to demonstrate our competence in future projects in Kazakhstan,"

The recent order comprised the delivery and installation of the high-precision weighing modules, along with associated rear license plate detection system.

In April 2013, Kapsch secured compliance with Kazakhstan law, as well as the technical approval of the deployed equipment.

Additional 18 Weigh-In-Motion stations are in planning in parallel with the current project, the company said.

Weigh-In-Motion systems are a collection of sensors that detect whether a vehicle exceeds the maximum permissible weight.

The systems also identify the vehicles based on license plates, as well as transmitting and evaluating the data in real-time, allowing easy detection of overloaded vehicles without hindering traffic flow.