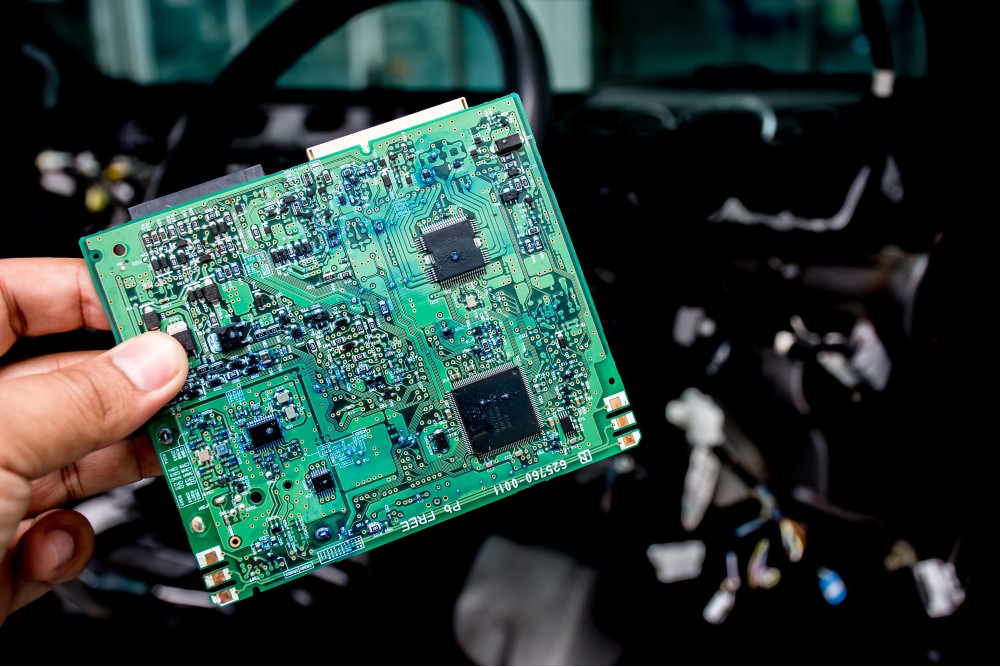 The industry's slow recovery can be explained by a shortage in semiconductors. Credit: snapper8S8 / Shutterstock.

This year, vehicle production has only increased 12% YoY during the months up to August 2021, despite output from UK car factories dropping 29% in 2020, to about 921,000 caused by closures and social distancing measures. Output remains 32% lower than the same period in 2019 under pre-pandemic conditions.

The industry’s slow recovery can be explained by a shortage in semiconductors, computer chips used to power a variety of vehicle features, from power steering and backup cameras to emergency braking systems. Car manufacturers usually rely on just-in-time delivery and don’t tend to stockpile parts. This method has made the industry more susceptible to shortages in the supply of chips.

Jaguar Land Rover resorted to temporarily closing its Halewood and Castle Bromwich car factories in April due to a shortage of computer chips, highlighting the severity of the issue.

Rising semiconductor prices will deal a further blow to carmakers

In August 2021, world-leading chipmaker Taiwan Semiconductor Manufacturing Co (TSMC) announced plans to increase the prices of its products by as much as 20%, which could be implemented by January 2022. Prices of semiconductors have been growing since Q4 2020 amid the global supply crunch.

While semiconductors only account for a small percentage of manufacturing costs (approximately 2% of the average vehicle selling price), a significant increase in price will be unwelcomed by manufacturers, which are already struggling to generate revenue as a consequence of supply chain issues.

The shortage of semiconductors is expected to worsen following increased demand for home electronics and electric vehicles, which require powerful and efficient semiconductors to get more range out of each kilowatt hour of battery. More sufficient supply chain management or increased capacity is needed to supplement demand.

In March 2021, US chipmaker Intel Corp announced a $20bn investment plan to increase capacity. This was followed up by TSMC who announced plans in April 2021 to invest $100bn over just three years into the expansion of its global semiconductor manufacturing capacity. However, Samsung is expected to add the most capacity, increasing its planned semiconductor capacity investment to KRW240tn ($205bn) over the next three years.