Following the successful completion of the pilot programme, the technologies pedestrian turn warning system and a collision avoidance system will be installed across the city in the fourth quarter of this year.

The new video wall has been installed as the old display unit had been in place for several years. The DDS has been setup up by audio-visual (AV) systems integrator, Electrosonic.

The video wall consists of 24 Mitsubishi Electric 67-inch LED cubes, it is energy efficient and so can be used continuously and is maintenance free.

Phase one of the UK Connected Intelligent Transport Environment (UK CITE) project, which is intended to create an advanced environment for connected and autonomous driving began.

The project received funding from the government’s £100m Intelligent Mobility Fund, which been established to speed up the research and development of connected and autonomous vehicle technologies.

The fund is administered by the Centre for Connected and Autonomous Vehicles and delivered by the UK’s innovation agency, Innovate UK. 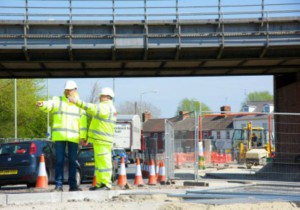 Besides the latest agreement, A-Plant has several agreements with Kier across a number of other products.

Google has been experimenting with a horn system that does not confuse other drivers for its driverless vehicle project.

The search engine company declared this information in its latest self-driving car project monthly report. The system will sound only when it is safe for other users on the road.

Google’s autonomous cars are being designed so that they can be fully aware of their surroundings and not distracted like human drivers.

This platform will provide specific data for INDOT to recommend legislative changes to modernise the state’s overweight vehicle enforcement programme.

This pilot programme is a collaborative effort between INDOT, the Indiana Department of Revenue, and the Indiana State Police. 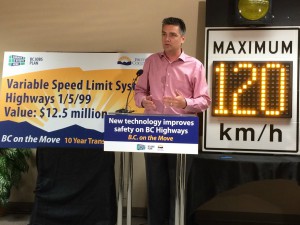 A network of variable speed limit signs becomes active on three highways in British Columbia (BC), a province of Canada.

The pilot project of the BC government has been introduced to reduce the frequency and severity of weather-related crashes on highways 1, 5 and 99.

The province has installed 18 variable speed signs from Perry River to Revelstoke, 13 signs along the Coquihalla from Portia Interchange to the former Toll Plaza and 16 signs along the Sea to Sky from Squamish to Function Junction.

VIMOC Technologies launched a new application for bicycle and pedestrian counting that will assist in the development of the Smart Mobility programme. The technology had completed its beta trial period with the City of Palo Alto, California.

The application is now generally available to cities seeking intelligence on bicycle and pedestrian traffic, in order to help meet public safety and environmental sustainability goals.

Earlier this month, Palo Alto city had announced expansion of its bicycle and pedestrian counting initiative. 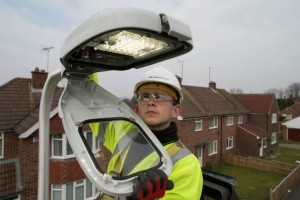 The contract will begin from 1 October this year and require the firm to provide highways, bridges and lighting maintenance services throughout the district.

The work will cover approximately 1,278km of urban and rural highway network. As part of the contract, VolkerHighways team will carry out inspection and maintenance works of roads, street lights and pavements.

Texas plans for $4.5bn investment to ease traffic congestion on I-35

The Texas Department of Transportation (TxDOT) plans to invest approximately around $4.5bn for easing traffic congestion on Interstate 35 (I-35) highway.

Currently, the TxDoT has invested about $300m in this project. Seven projects that have been taken up by TxDoT have already secured funding and two will commence work next week.

These two new projects include construction of Slaughter Creek Overpass and the bridge from Stassney Lane to William Cannon Drive, reported roadsbridges.com.