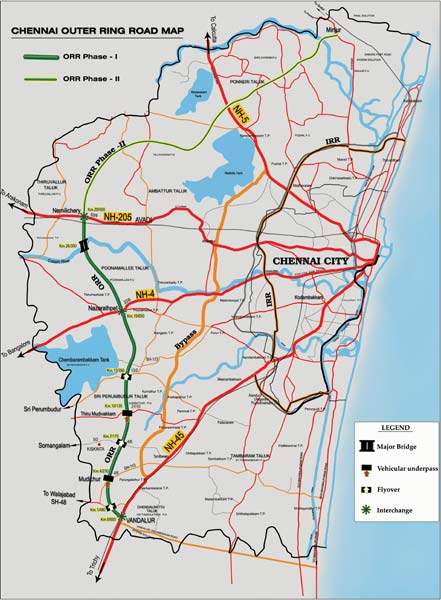 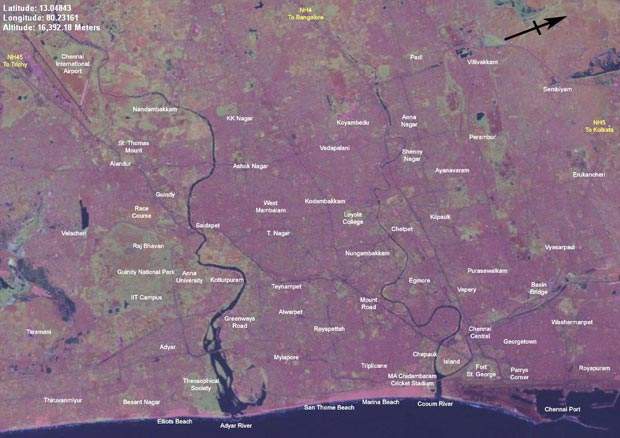 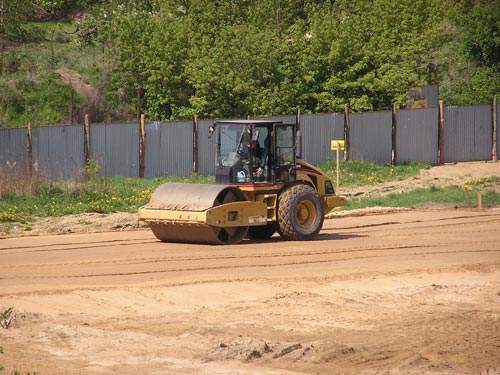 The key objective of the project is to allow heavy vehicles to transit from outside the city, minimising traffic congestion within the city central areas.

Chennai’s Outer Ring Road (ORR) is a 62.3km project being built in two phases around the Chennai Metropolitan Area (CMA) in Tamil Nadu, India. The project will connect the GST Road from Vandalur to the Tiruvottiyur Ponneri Pancheti (TPP) Road in Minjur. The key objective of the project is to allow heavy vehicles to travel outside of the city, which will minimise traffic congestion within the central city areas.

Land for the project was acquired in two phases. For the first phase, Chennai Metropolitan Development Authority (CMDA) acquired 29.65km of land between the national highway (NH) 45 and NH205, covering 29 villages. The second phase acquired approximately 30km of land from Nemilicheri to Minjur, in TPP Road covering 27 villages. The project aims to boost real estate prices and commercial activities in the surrounding areas.

A detailed feasibility report (DFR) for the development of the ORR has been completed. A detailed project report (DPR) was prepared after the DFR had been approved by the government. The project extends up to an area of 545.08ha with a total estimated cost of Rs20bn ($380m).

The Chenani-Nashri Tunnel (or Patnitop Tunnel) in Udhampur, in the Indian state of Jammu and Kashmir, will be the longest road tunnel project in the country when opened for traffic in 2016.

In August 2009, a consortium of GMR Group and NAPC received the order to build the first phase of the ORR project on a public-private partnership basis. Construction of Phase I started in 2010. It was completed in June 2013 and commissioned in April 2014.
The Rs10.75bn second phase of the project was approved by the Tamil Nadu government in January 2013. By that time, the bids for Phase II were under evaluation.

Phase II will be a 32km six-lane road connecting Nemillichery on NH205 with Minjur on the TPP road via Padayanallur on NH5. The construction will be based on a design-build-finance-operate-transfer (DBFOT) system.

“In August 2009, the GMR Group and NAPC consortium was awarded the contract for the construction of Phase I of the Chennai ORR project.”

The second phase includes two additional segments, referred to as segments three and four. Segment three involves the construction of the 19.1km Nemilicherry-Nallur Road spread across 258ha, while segment four will see the construction of 14km Nallur-Minjur Road over an area of 196ha.

The outer ring road will be 122m-wide, 72m of which will constitute the road and rail corridor while 50m will be left for future developments such as public facilities and commercial set-ups. The area will be divided into a 50m road and a 22m railway.

The 50m road will have a two-way transportation corridor, featuring three lanes on either side and two service lanes. The remaining 22m area will be used for the future mass rapid/light rail transit system.

Phase I of the ORR project connects the NH4, NH45 and NH205 highways from Vandalur to Nemilicherry and costs approximately Rs10.81bn.

The proposed Phase II will be developed as a six-lane divided roadway with service roads.

Contractors linked with the traffic congestion project in Tamil Nadu

In August 2009, the lowest bidders, the GMR Group and NAPC consortium, secured the Rs11bn ($228m) contract for the Phase I construction works of the Chennai ORR project.

Under the contract, the consortium constructed the 29.65km highway on a DBFOT basis for an annuity. GMR Group holds a 90% stake and NAPC a 10% stake in the consortium.

The first phase has a concession period of 20 years, which includes the 30-month construction period.

GMR and NAPC were directly involved in some of the construction works, while the rest had been contracted out.

The contract to build Phase II was awarded to a joint venture consisting of GVR Infra Projects and Ashoka Buildcon in July 2013. The deadline to complete this phase is September 2016.

The first phase of the 29.65km transportation corridor was taken up by the GMR-NAPC consortium. Being a public-private partnership, the Tamil Nadu government provided an Rs3bn support fund to be included in the promoter’s contribution to the project. The remaining funds were planned to be secured through debt and equity.

According to GMR Highways managing director and GMR Infrastructure director O Bangaru Raju, Phase I of the project was financed through Rs6.65bn of debt, in addition to equity and government financing.