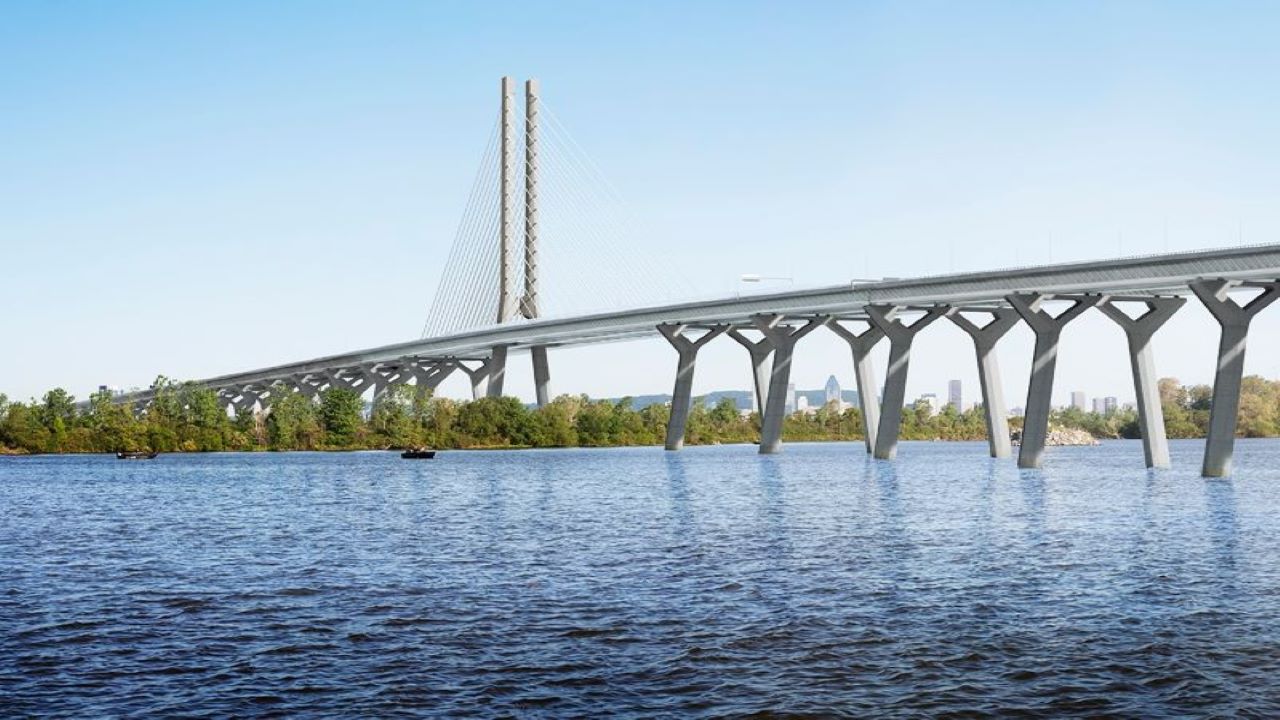 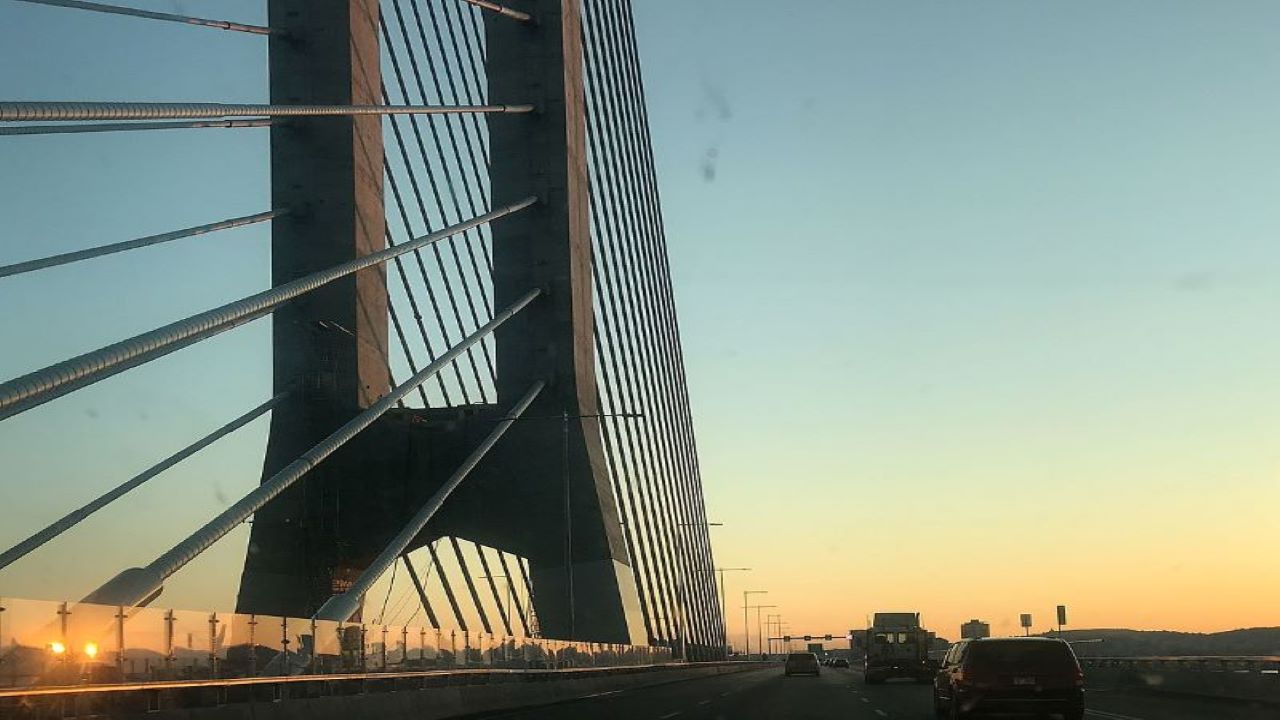 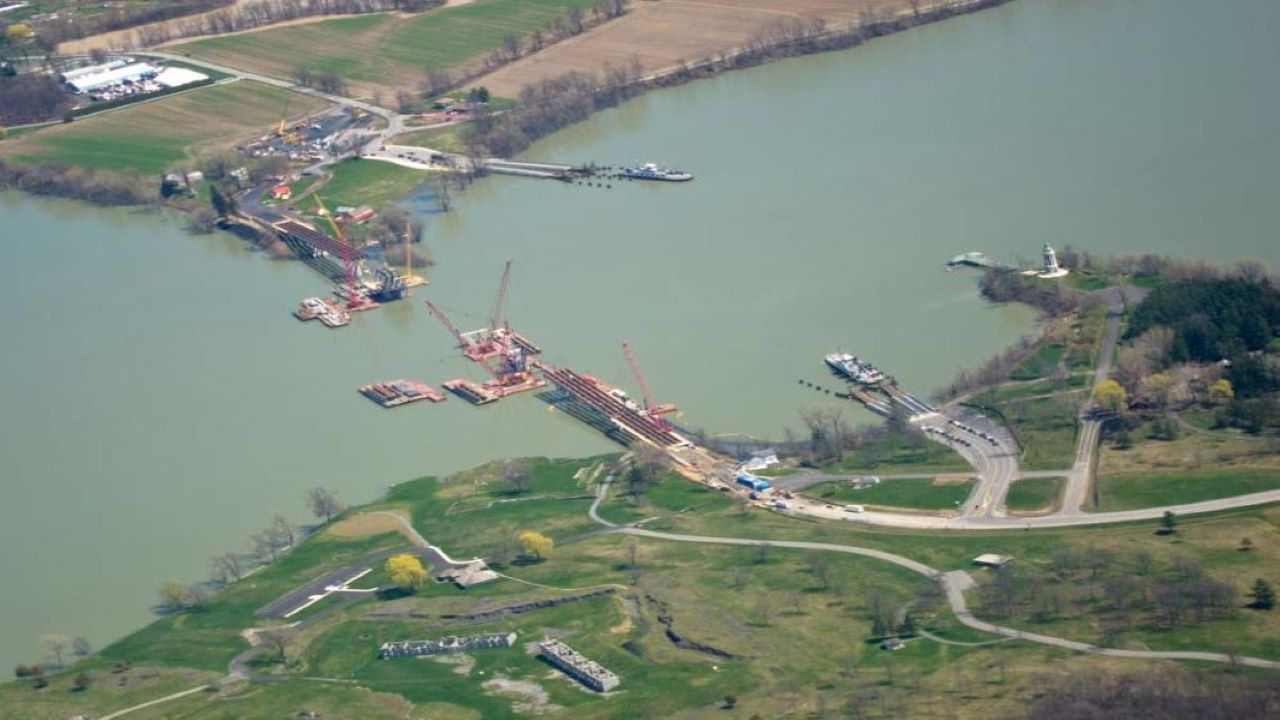 The project also included construction of a smaller bridge for Île des Soeurs (Nun’s Island), and reconstruction and widening work on Autoroute 15 that runs through the centre of Montreal.

The new bridge connects the Island of Montreal with the South Shore through complex highway junctions and smaller bridges, thus connecting a major corridor used for cross-border goods transport between Canada and the US.

Infrastructure Canada, on behalf of the Canadian Federal Government, executed the project. Construction started in June 2015 and the new Île des Soeurs bridge was opened to traffic in November 2018, followed by the inauguration of the new Samuel De Champlain Bridge corridor in June 2019.

The bridge is expected to be used by up to 60 million vehicles a year that will carry an estimated $20bn worth of goods. The project has   created employment for approximately 30,000 people in the Montreal region and across Canada.

The new cable-stayed bridge is designed for a life of 125 years and includes an elegant main tower with harp of cables. It has a curved alignment supported by sculptural piers.

The bridge extends from the South Shore to Montreal in a long-span separated into three segments. It features two three-lane corridors for vehicular traffic and a two-lane transit corridor, which is capable of accommodating a planned light rail transit system (REM) on the central deck by replacing the reserved bus lane. REM train tracks are expected to be operational in 2021.

Both inbound and outbound independent traffic lanes as well as lookout points for pedestrians and cyclists have been provided.

The new bridge on the Nun’s Island is 470m-long and constructed in the same alignment as the existing bridge.

The project utilised a total of 600 box girders for the construction of new bridge approaches.

Contractors involved with the bridge replacement

Signature on the St Lawrence (SSL), a consortium of SNC-Lavalin, Hochtief, Flatiron, Dragados Canada and Grupo ACS, was awarded a $1.8bn contract to design, build, finance and maintain the New Champlain bridge corridor, in June 2015. The contractual scope also included operation and maintenance of the bridge over the concession period that ended in October 2049.

TY Lin International and International Bridge Technologies, and MMM Group designed the new bridge, while Arup provided architectural design. Canam-Bridges was contracted to supply and fabricate the steel superstructure for the new bridge in May 2015.

The total estimated cost of the project was $4.24bn, which included a $3.97bn contract between the Canadian Government and SSL for the construction and maintenance of the project.

An estimated $2.25bn was spent for the construction of the project, $954.2m for interest payments by the private consortium, $103.2m for land acquisition, $91.9m for planning and development, $66.7m for project management by the government, and $22.2m for an independent engineer to inspect the work. An estimated $754m will be spent for operation, maintenance and repairs over the 30-year period.