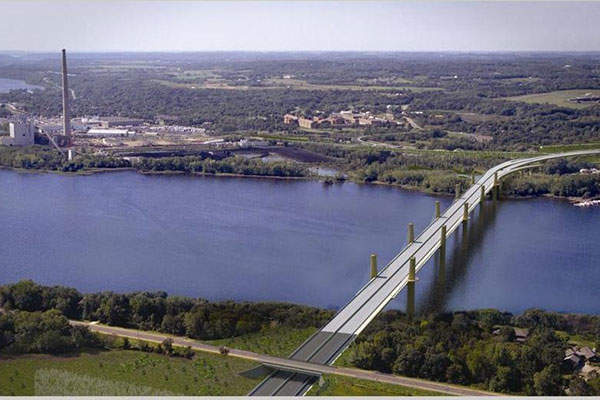 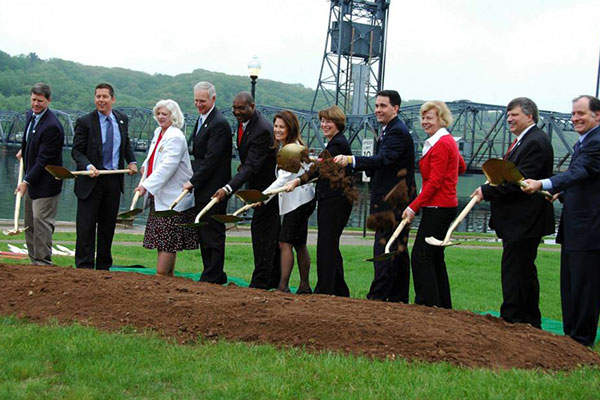 Construction of the St Croix river crossing began in May 2013. Credit: Minnesota Department of Transportation. 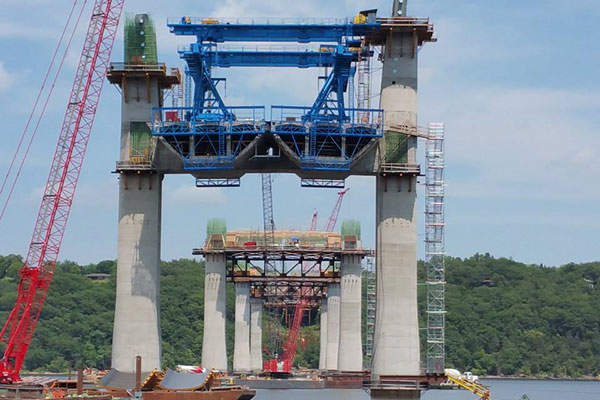 The new bridge was opened to traffic in August 2017. Credit: Minnesota Department of Transportation.

The project included the construction of seven miles (11.26km) of expressways on either side of the bridge in Minnesota and Wisconsin. The Stillwater Bridge will be converted into a 4.7-mile (7.5km) trail facility for pedestrians and bicyclists.

The bridge was initially planned to be opened for traffic by the end of 2016, but due to confined spaces and complex work related to pre-cast segments, the inauguration was held in August 2017.

The raising of the 1,050ft-long Stillwater Bridge to allow boats to travel across St Croix River often causes traffic congestion in Stillwater and Houlton, Wisconsin. The bridge is also prone to flooding in spring.

The project will avoid flooding and large traffic congestion issues that are often caused by the existing bridge.

The St Croix crossing is the second extra-dosed, cable-stayed bridge in the US after the Pearl Harbor Memorial Bridge in Connecticut.

The bridge deck consists of a crossbeam, pier table and driving surface constructions. Each crossbeam is 116.4ft-long, 15.2ft-wide and 18.2ft-high.

The bridge is lower in height, which minimises environmental impacts by keeping tower heights below the river bluffs and also reduces the number of piers in the river to five.

Columbia River Crossing (CRC) was the replacement of the 90-year-old Interstate-5 bridge, which spans from SR500 in Vancouver, Washington to Victory Boulevard in Portland, Oregon.

An official ground-breaking was held for the river crossing project in May 2013. All works on the bridge foundations and footings below the water surface were completed in 2013. Construction work on all five pier locations began in June 2014.

Construction of the bicycle and pedestrian trail began in 2015 and will be completed by 2019.

Architectural and engineering firm HDR in association with Buckland & Taylor was awarded a $14.2m contract in June 2012 to provide lead design services for the St Croix Bridge project.

The Lunda-Ames joint venture was awarded the $332.5m lead construction contract of the St Croix Bridge superstructure in November 2013.

J & L Steel and Electrical Services were contracted to install the reinforcing steel, post-tension and electrical materials on the superstructure of the St Croix crossing in February 2014.

The estimated cost of the river crossing bridge was approximately $646m and was financed by Minnesota and Wisconsin, with the former funding the majority.