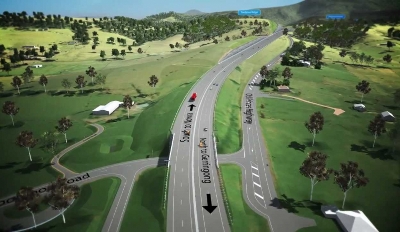 Jaguar Land Rover revealed its development of a range of new technologies to alert drivers to potential hazards and prevent accidents that involve bicycles and motorbikes.

In the event of another approaching road user, the new ‘Bike Sense’ technology will alert sensors on the car to detect and identify it as a bicycle or motorbike, making the driver aware of the danger.

According to the company, the technology would use colours, sounds and touch inside the car that the driver will instinctively associate with the possible hazard.

A new project to enhance the broadcasting of real-time traffic data around Hanover was successfully completed by Germany’s Lower Saxony consortium (ECODyNIS).

According to Radiomagonline, the Digital Audio Broadcasting + (DAB+) technology used as part of the project reportedly delivered faster data rates.

The process begins by detecting traffic information around the Hanover area and further automatically converting them to the TPEG format.

Automobile manufacturer Audi is set to conduct a 550-mile test drive of the Audi A7 piloted driving concept car from Silicon Valley, California, to Las Vegas, Nevada, US.

Audi board member and head of technical development Dr Ulrich Hackenberg said: "The test drive from the west coast of California to Las Vegas demonstrates our leadership role in piloted driving."

According to the German company, the test drive beginning in Stanford, California, in real-world traffic and road conditions, represents a joint effort by the Volkswagen Electronics Research Laboratory (ERL) und Volkswagen Group Research and Development. 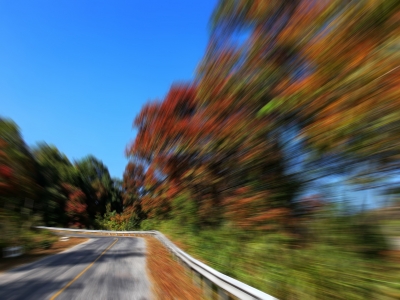 A report submitted by a team of BGU researchers to the Israel National Road Safety Authority (RSA) recommended the deployment of speed camera over the country’s entire non-urban road network.

The recommendation was based upon the substantial impact of speed cameras on actual driving speeds, as well as on the connection between speed and safety consequences that has been established in studies globally.

The Middle East is now said to be the company’s second largest market and the latest order from Qatar means it currently has customers in eight of the region’s 14 countries.

Sensys CEO Johan Frilund said: "The order represents a breakthrough in Qatar and is proof that our solutions are competitive."

The UK’s Highways Agency (HA) revealed details of Dart Change, a new safety system that will help to maintain safe operations at the Dartford Crossing.

The new system is said to have been tested over the last six months at a disused airfield using vehicles from a local haulage company.

It uses various detectors to identify the vehicles, signs to encourage drivers to get into the correct lane in good time, and barriers and traffic signals to control them with the help of lanes at the side of the main carriageway.

Google is holding talks with various automakers in a bid to speed up its plans to bring self-driving cars to market by 2020.

Google self-driving car project director Chris Urmson told Reuters: "We’d be remiss not to talk to the biggest auto manufacturers. They’ve got a lot to offer."

General Motors, Ford Motor, Toyota Motor, Daimler and Volkswagen are the automakers with which the company is in discussions.

The UK’s Transport for London (TfL) selected Siemens to upgrade and operate the detection and enforcement infrastructure (D&EI) under a five-year contract.

The contract will also include the supply of equipment, systems and services for monitoring the capital’s traffic as part of TfL’s low emission zone (LEZ) and congestion charging schemes.

The agreement will begin in January 2015 with the implementation phase and includes the replacement, support, maintenance and operation of instation systems and services, including business continuity services for both LEZ and the congestion charging schemes.

Set to improve road safety, the project is said to be an upgrade to the 11.6km stretch of four-lane highway between Toolijooa Road and Schofields Lane on the Princes Highway.

As part of the upgrade, a bypass will be created of the existing winding highway at Foxground and a bypass of Berry with access ramps at the north and south of the town.