ContinueLearn More X
X
Advertise with us
Umesh 17 May 2016 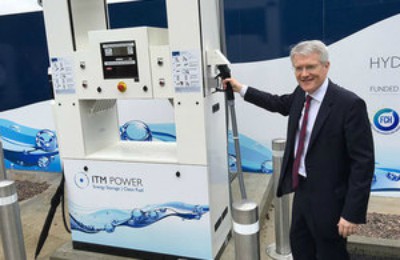 The UK Government has launched a scheme with a budget of £2m to encourage businesses to use hydrogen-fuelled vehicles, as part of its aim to make almost every vehicle on its roads achieve zero emission standards by 2050.

This £2m fund has been launched by the government's Office for Low Emission Vehicles (OLEV).

It is aimed at bringing 100 more hydrogen fuel cell vehicles, including cars and vans onto roads by next year, which is three times more than the number of such vehicles presently operating on roads.

When compared to regular vehicles, hydrogen fuel cell vehicles are cleaner and environment friendly, as they do not emit CO2 or other harmful pollutants, and the only by-product emitted is water vapour.

Further, these vehicles can be refuelled in five minutes using a hydrogen gas pump, which is similar to petrol pump stations and come with a driving range of over 300 miles.

"This funding, along with the growing network of hydrogen refuelling stations opening in England, will help businesses and the public sector to get on board with this exciting technology."

UK Transport Minister Andrew Jones said: "We are always looking at new ways to make the vehicles of the future cleaner, and hydrogen fuel cells are an important part of our vision for almost all cars and vans to be zero-emission by 2050.

"This funding, along with the growing network of hydrogen refuelling stations opening in England, will help businesses and the public sector to get on board with this exciting technology.

"This is further proof that we are leading the way in making journeys cleaner and protecting the environment."

The funding will cover up the cost of the vehicles by 75% bought by April 2017, in addition to cost of operating them on roads for up to three years.

Image: Government of UK has launched a scheme with a budget of £2m to encourage businesses to use hydrogen-fuelled vehicles. Photo: Courtesy of UK Department for Transport.