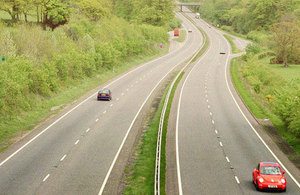 The UK Government plans to invest £24bn in 900 additional miles of road to its strategic highway network by 2021.

The investment will improve motorways and add major ‘A’ roads in the country.

More than £9bn of the total funding will be spent on maintenance, including £6bn on relaying 3,000 miles of road network.

When compared with the period between 2001 and 2010, when 574 lane miles were added, the current government plans to increase that number by 35% a year to 962 miles of new road.

"This extra capacity will be achieved mainly by the use of smart motorways and selective widening to minimise the environmental impact."

UK Roads Minister John Hayes said: "As a crucial part of our long-term economic plan to secure a brighter future for the UK, we are fixing problems that have been created by governments of the past by delivering around 35% more capacity on our roads than was delivered in the nine years up to 2010.

"It is because of the difficult decisions that this government has taken that we are able to triple investment in our major roads to over £3bn a year up to 2021.

"We are doing this with great care for our environment. This extra capacity will be achieved mainly by the use of smart motorways and selective widening to minimise the environmental impact."

Following its 2014 Autumn Statement, the government is further planning to add more road schemes, including improvements to the A303 in the south-west and the A47 in the east of England.

Image: UK Government aims to add 962 miles of new road in the country by 2021. Photo: courtesy of Crown.