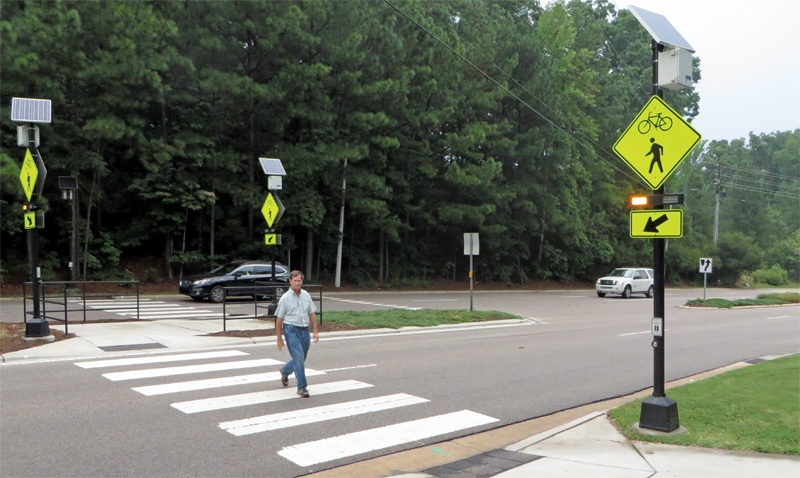 Research is being carried out on a wide range of traffic control devices, with an aim to enhance driver awareness and improve their yielding to pedestrians.

The rectangular rapid-flashing beacon (RRFB) has shown good results in comparison with other devices.

The latest releases of Telogis Navigation and Telogis Route software will include HERE Real Time Traffic and Traffic Patterns with historical data and real-time ETA updates.

These analytic tools will enable Telogis mobile enterprise customers to have comprehensive road information for accurate and efficient route planning.

With HERE Traffic, the accuracy of ETA can be precise. Telogis customers can optimise their route planning in advance by taking into account how traffic flows historically on the selected roadway at a particular point in the day.

The addition of real-time traffic and traffic patterns complement other precise mapping data from HERE such as truck-specific road attributes and posted speed limits. These are already included in the Telogis Mobile Enterprise Management (MEM) software platform.

Around seven jetties will be built along the coastline, though the locations are yet to be identified.

The materials used for construction will come from quarries in Navi Mumbai and Alibaug through the sea and will be placed on the jetties. 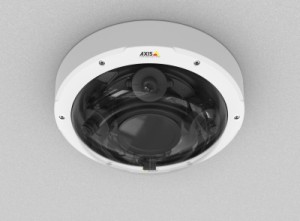 The cameras are easy to install and require less maintenance costs.

They are designed for large scale video surveillance in areas such as at major traffic intersections, airport terminals, railway stations and other public places.

The cameras use Axis’ Zipstream technology, which helps with assessing details of interest. 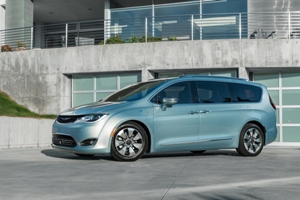 This collaboration expands Google’s existing self-driving test programme. It is the first time that Google has worked directly with an automanufacturer to integrate its self-driving system, including its sensors and software, into a passenger vehicle.

Uber begins testing of self-driving car in Pittsburgh, US 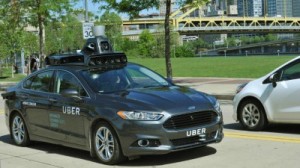 Every year, 1.3 million people die in car accidents and 94% of those accidents occur because of human error.

Uber claims that it is still in the early stages of developing autonomous car and is currently concentrating on getting the technology right.

Pittsburgh Mayor William Peduto said: "From the first steel mills to the laboratories at Pitt and Carnegie Mellon, Pittsburgh has a long history of innovation.

Bosch Software Innovations developed charging apps in Germany that enable drivers of electric vehicles to use their smart phones to get access to public and web-enabled charging infrastructure.

Operators of charge points have been incorporated into the firm’s growing network. These operators in turn benefit from increased use of their infrastructure.

The trial will work by installing and connecting 100 V2G units at locations agreed by private and fleet owners of the Nissan LEAF and e-NV200 electric van.

By enabling Nissan electric vehicle owners to plug their vehicles into the V2G system, they will be able to sell stored energy from their vehicle battery back to the National Grid.

This move follows the signing of the Nissan-Enel V2G partnership agreement in Paris in December 2015 during the 21st UN Conference on Climate Change (COP21) and the subsequent installation of 40 V2G units in Denmark in January this year.

The US Federal Highway Administration (FHWA) granted a $200m loan under the Transportation Infrastructure Finance and Innovation Act (TIFIA) for construction of new lanes and to carry out improvements on New Hampshire’s I-93 highway from Salem to Manchester.

US Transportation Secretary Anthony Foxx said: "The TIFIA loan will help New Hampshire embark on an ambitious project that will create more opportunity for communities along the corridor.

"As seen in our Beyond Traffic study released last year, this is a region with a rapidly growing population, experiencing greater traffic and increased gridlock.

Councils in the UK have secured funding of approximately £21m from the government to promote green forms of transport.

The funding has been given for 23 sustainable travel initiatives that are expected to bolster local economies, as well as offer cheap, clean travel options.

"It also offers the cheapest and healthiest way for people to access jobs and education.

"The schemes will make a real difference for residents and help provide better air quality for everyone.

"Our £21m funding shows we are committed to improving lives through investment in sustainable transport."