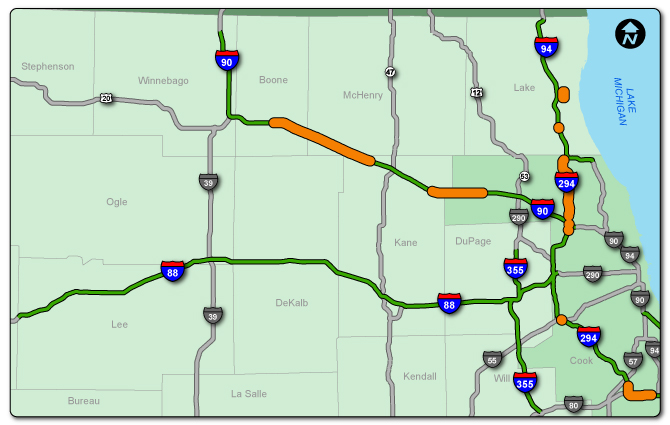 The Illinois Tollway, in the US, is seeking an independent engineering firm to review the agency’s current construction practices and past construction projects, to apply the lessons learned on a new 15-year, $12bn capital programme.

The winning company will be hired for one year and will be responsible for reviewing contract management procedures, including contract agreement language, manuals, specifications, policies, contract change administration and administrative procedures.

In addition, the company will also be responsible for evaluation of past construction projects to ensure compliance with engineering specifications.

Illinois Tollway executive director Kristi Lafleur said the independent review of Tollway construction is key to ensuring the agency applies the lessons learned from past work and uses the best industry practices for its new $12bn capital programme.

"Our goal is to maximize efficiencies so that we get the highest quality work for the best price," Lafleur said.

The Illinois Tollway wants submissions of proposals by 2nd May 2012 and a contract is expected to be awarded in June. The agency will shortlist the top three firms based on qualifications, before the final contract is signed among the shortlisted firms.

The $12bn, Move Illinois: The Illinois Tollway Driving the Future, project is being planned to improve mobility, relieve congestion, and reduce pollution, as well create 120,000 jobs. The Move Illinois programme will include rebuilding and widening of the Jane Addams Memorial Tollway (I-90) and construction of a new interchange to connect the Tri-State Tollway (I-294) to I-57.