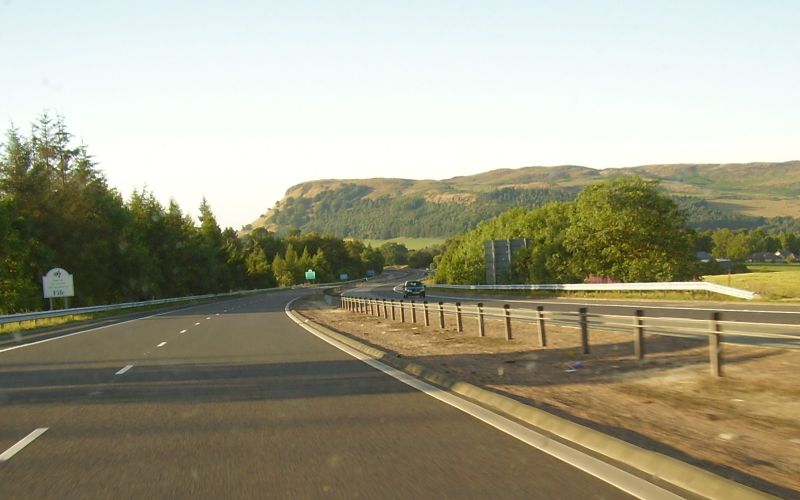 Scotland has introduced a new motorway management technology designed to reduce congestion on roads on the M90 in Fife.

Launched as an early benefit of the Forth Replacement Crossing Project, the new technology marks the first Intelligent Transportation System (ITS) to go live in Scotland.

ITS, which is currently operational in England, detects possible congestion using sensors deployed in the road and also provides data on when the mandatory speed limit should be lowered to keep traffic moving.

As well as increasing the efficiency and capacity of roads by regulating traffic flow and reducing congestion, the system improves commute time reliability while reducing emissions.

The other main feature of the system is the use of the hard shoulder as a dedicated bus lane, which will allow buses to bypass any congestion likely to occur on the main carriageway.

Statistics show that systems that lessen vehicle queues can reduce accidents resulting in injury by nearly 13%.

Scotland Transport Minister Keith Brown said that Forth Replacement Crossing is a flagship project of the government’s plan to invest in national infrastructure, which in turn should protect and grow the economy.

"The project, which is on time and on budget, was always about more than just the building of a new bridge, as impressive a feat of civil engineering as that stunning structure will ultimately prove to be," he added.

The latest launch of the new technology will be followed by a second phase, which will be rolled out in early 2013 on the M9 and M9 spur near to Kirkliston.

The final phase of this scheme will be launched in 2016 after the completion of the new Forth Replacement Crossing.

Image: The intelligent transportation system will help reduce traffic congestion on the M90 in Fife. Photo: Klaus with K.