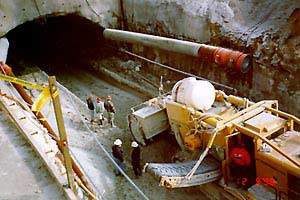 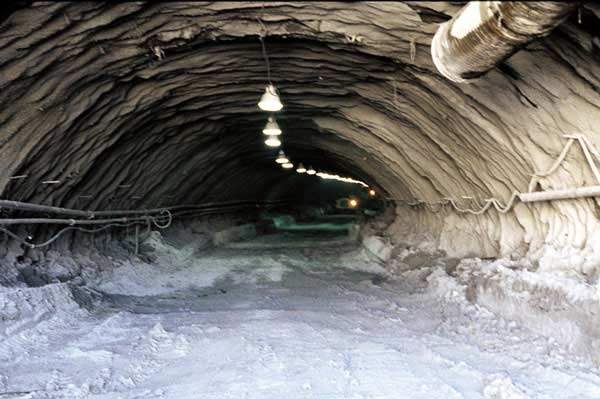 Addison Airport tunnel was excavated to a horseshoe configuration 40ft-wide by 28ft-high. 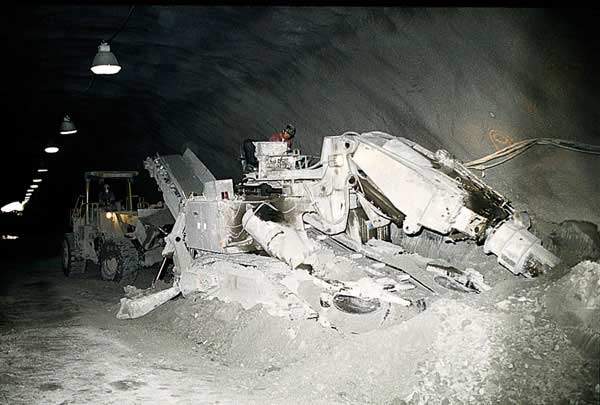 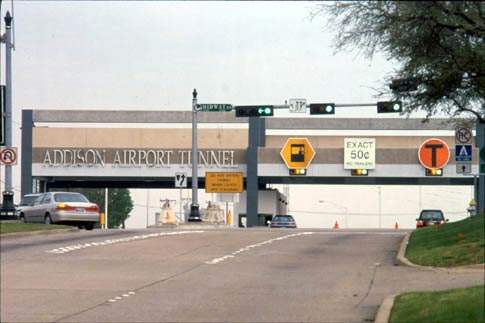 Following seven years of permitting and studies, the construction of the Addison Airport tunnel started in September 1997. The tunnel is a two-lane vehicular toll tunnel under Addison Airport, located in the Dallas metropolitan area, Texas, US.

The construction was completed within 16 months and by January 1999 the tunnel was open to traffic. The tunnel is 1,600ft long and relieves traffic congestion in the northern metropolitan area between the Dallas North Tollway and Interstate 35E. The North Texas Tollway Authority (NTTA) commissioned the $20m project. All vehicles pay a $0.50 toll at the six lane toll plaza regardless of size, vehicles can also use the TollTag electronic system. The toll rates will be adjusted by 5.6% for every odd year from 2011 to 2017.

Built for the North Texas Tollway Authority, the toll tunnel enables vehicular traffic to travel under rather than around the airport, saving time and traffic congestion. The old route used Belt Line Road and Trinity Mills Road, which would become heavily congested. The tunnel reduces the journey time by nearly ten minutes.

The Addison Airport Tunnel Project is part of the Dallas North Tollway System and extends Keller Springs Road under the Addison Airport property, the busiest general aviation airport in the State of Texas, and among the busiest in the USA. The tunnel was processes about 4,700 toll transactions every day.

The work carried out by the lead contractors, HB Zachry, included the tunnel, portal approaches, retaining walls, mechanical and electrical work, and associated construction. The project consisted of two-lane tunnel with 1,600ft length and a total roadway length of 3,700ft. The tunnel was excavated to a horseshoe configuration 40ft wide by 28ft high. The ground cover above the tunnel crown is 10ft at the west portal, 18ft at the east portal and 28ft under the airport runway.

As part of the tunnel design services, the subcontractors designed the initial and final support systems based on the evaluation of the ground response. As well as this, Zachry’s project team developed and specified phased excavation sequences in conjunction with the initial support systems for each reach of tunnel. This was done to ensure tunnel stability for safe maintenance and uninterrupted airport operability throughout the life of the tunnel project. Critical tunnel sections were modelled using FLAC, a finite difference code, to confirm the adequacy of the support systems, the stability of the excavations and also to predict the ground movement and stresses in the rock mass during each excavation phase. There were two rock falls during construction. The first occurred two thirds of the way through tunnelling and involved a 10t rock fall from the roof and the second was a rockslide on one of the approach ramps involving around 550m3 of rock.

Brown & Root, Inc. functioned as the construction manager for the project in conjunction with Bill Leech Engineering. The $13m construction contract was awarded to HB Zachry Company who was also involved in the Zachry/Monterey joint venture that had a subcontract to excavate, support, geomembrane, concrete and equip the tunnel. Working on a team led by HDR Engineering, LACHEL & Associates provided complete geotechnical services, tunnel design, plans, specifications and cost estimating services for the project.