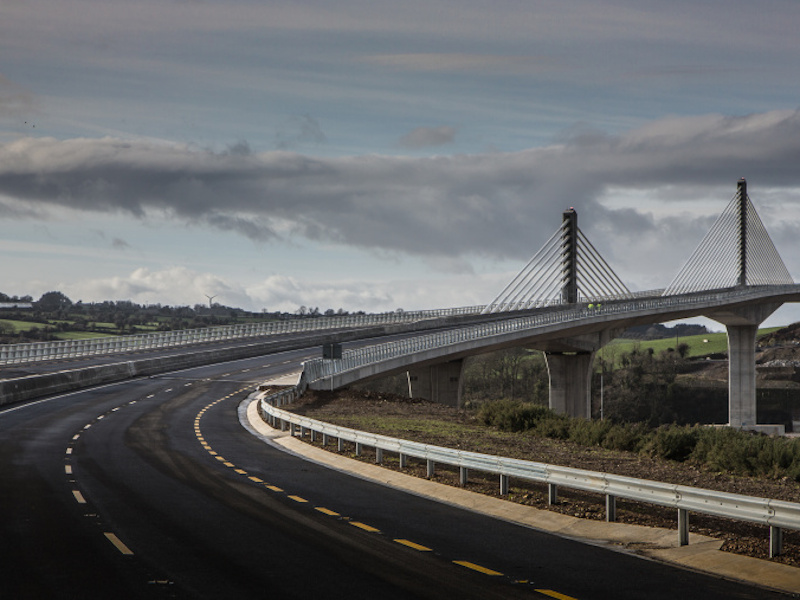 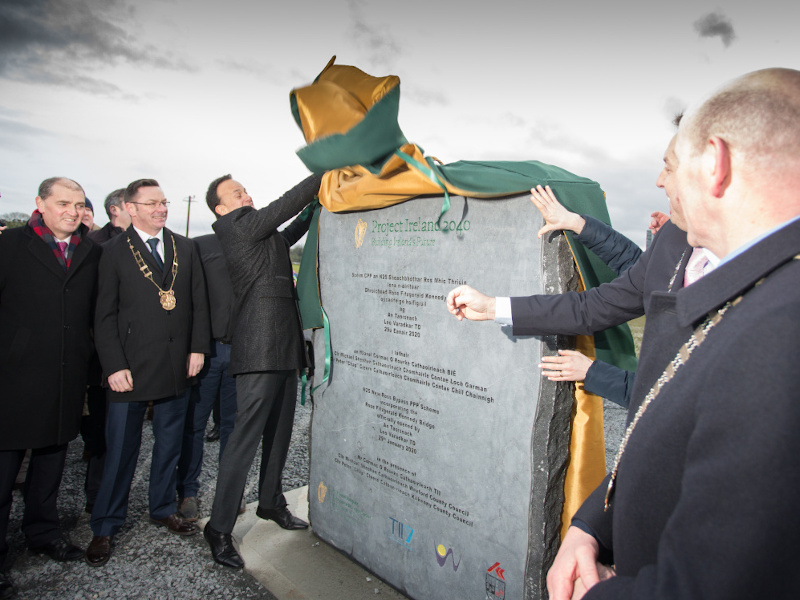 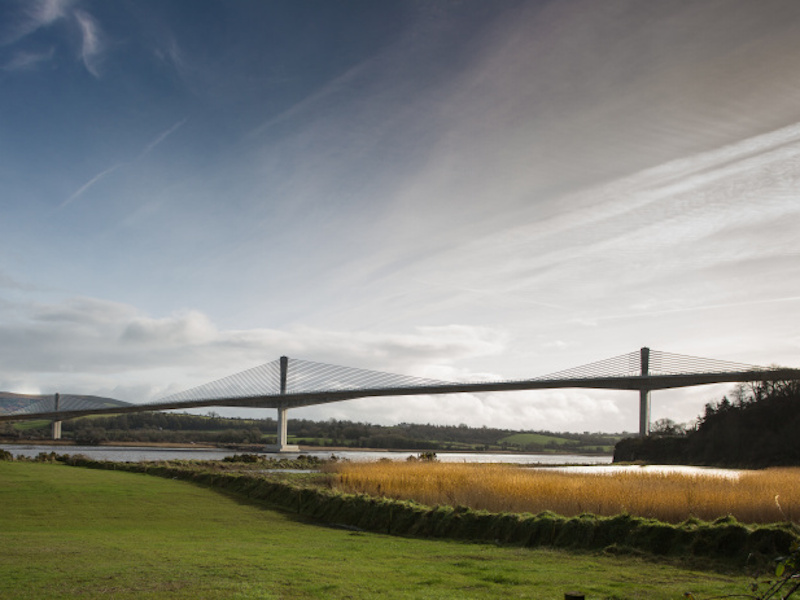 The new bypass reduces the travel time by up to 30 minutes on the N25 between Cork and Rosslare. It also improves traffic flow and reduces congestion in the New Ross area.

The N25 New Ross bypass has 4km of dual carriageway linking the current N25 at Glenmore to the R733 at Landscape through the new River Barrow bridge crossing.

A 9.6km-long dual roadway was built to connect the R733 in Landscape to the existing N25 at Ballymacar Bridge. The route then leads to a roundabout to the southeast of Corcoran’s Cross on the existing N30.

The roundabout is connected to the existing N30 at a point to the east of Corcoran’s Cross through a new 1km-long single lane road.

“The new bypass reduces the travel time by up to 30 minutes on the N25 between Cork and Rosslare.”

Three local road overbridges were built at Camlin, Arnestown and Lacken. The bypass intersects with a closed railway line at Ballyverneen, where a new railway overbridge was built.

The 887m-long Rose Fitzgerald Kennedy Bridge connects Pink Point in Kilkenny to Stokestown in Wexford. It is named in honour of the Kennedy family as their ancestral home is located in nearby Dunganstown.

The nine-span bridge features an extradosed design with seven piers and three towers. It combines features from both the pre-stressed box girder bridge and the cable-stayed bridge.

The bridge’s central tower stands 27m tall above bridge deck. Its two 230m-long main spans are the longest post-tensioned concrete bridge spans of their type in the world.

The bridge is situated 36m above mean high tide in River Barrow, which allows shipping traffic to pass below the bridge into the Port of New Ross.

Iridium achieved financial closure for the N25 New Ross bypass project in January 2016. The project received funding of €146m ($157.9m) through the issuance of bonds.

The bypass project was financed under the Project Bond Credit Enhancement (PBCE) financial structure for the first time in Ireland.

The consortium comprises BAM PPP, PGGM Infrastructure Coöperatie and Iridium Concesiones de Infraestructuras. It will maintain the bypass road for the next 25 years.