Department of Planning, Transport and Infrastructure of Australia
Expand 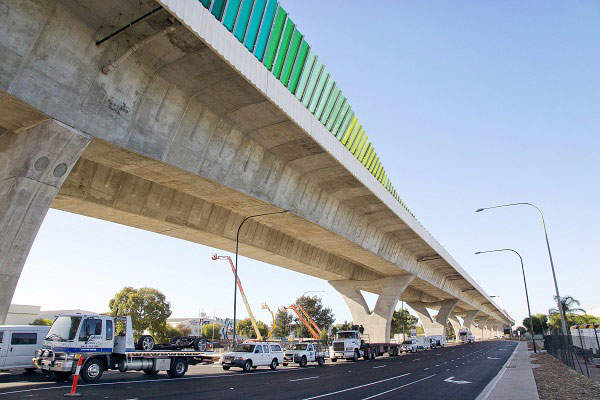 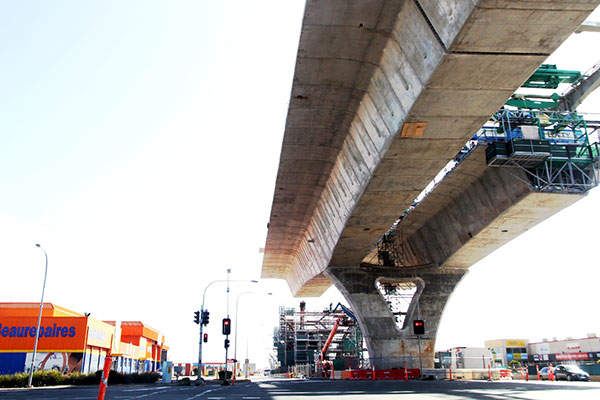 Construction of the Superway began in April 2011 and completed in early 2014. Image courtesy of Stephen Mitchell. 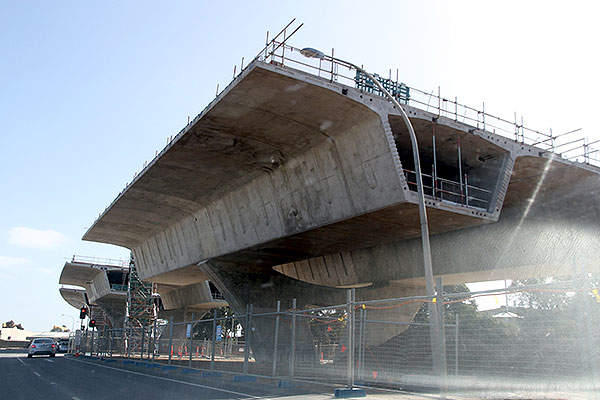 The Australian Department of Planning, Transport and Infrastructure completed the South Road Superway, South Australia’s first elevated roadway, in March. It is the second stage of the north-south corridor project that upgrades the South Road from Gawler to Old Noarlunga into a high-standard, high-speed arterial link.

Construction of the 4.8km expressway began in April 2011. The southbound carriageway was opened to public in January, while the northbound carriageway was officially opened in March. The motorway project created approximately 2,750 jobs and involved a total investment of $842m, which is the biggest single investment in a South Australian road project. It is also currently the most complex engineering road construction project in the region.

Also known as North South Motorway M2, the South Road Superway is a non-stop corridor from Port River Expressway to Regency Road, which also creates freight transport access through and within Adelaide. 2.8km of the 4.8km expressway consists of elevated roadway, which is expected to cut travel times by up to seven minutes for up to 45,000 vehicles a day.

“The motorway project created approximately 2,750 jobs and involved a total investment of $842m, which is the biggest single investment in a South Australian road project.”

Major road renovation works were conducted at the northern end of South Road, the key freight route for export oriented industries in Adelaide. The new South Road between the Port River Expressway and Regency Road connects the industrial transport hubs, such as the Adelaide Airport, Islington Rail Terminal, Port Adelaide and the Outer Harbour. Access to ground-level South Road is available from the Salisbury Highway, where motorists can take the South Road exit after the on-ramp.

The South Road Superway was constructed between the Port River Expressway and Regency Road, while traffic continued to flow in both directions during peak construction. A worksite was created to the north and south of Grand Junction Road to facilitate construction.

The elevated road was constructed using the balanced cantilever segmental construction method, which initially included the construction of permanent piers and was followed by a final closure joint connecting the cantilevers from the adjacent piers.

The construction activities also included several improvements to the local roads, such as the expansion of A and B double-road train routes, the construction of a new signalised access road parallel to South Road and connecting the Grand Junction Road to Regency Road. Other works included the enhancement of east-west connectivity at the South Road intersections of Wing Street, South Terrace and Days Road.

The segments were casted closely to the piers to minimise traffic disruption moving to South Road. A casting yard that consisted of a 232m-long tent was constructed at 628-638 South Road.

Approximately 11,000t of steel reinforcement and 57,000m³ of concrete were used to build the segments. The supportive base for storing the heavy segments was constructed using more than 43,000t of material.

Bardavcol was awarded a $21m contract for the early works of the Superway in March 2011. The major works included the construction of 3.2km roadway, a 600m diversion of open concrete lined trapezoidal drain and installation of drainage structures.

Boral (Wingfield) and Holcim (Hindmarsh) supplied concrete for the project, while OneSteel was engaged to supply reinforcing steel. Penrice was engaged by the Urban Superway joint venture for supplying civil products for the South Road project.

Through its Australian branch, Rizzani de Eccher (RdE) was engaged to engineer and construct the segmental viaduct. DEAL, a fully-owned subsidiary of RdE, was engaged to design, manufacture, deliver and assemble all the specialised equipment for the precast, handling and erection of segments.

Xypex Australia was engaged to assist in providing a sustainable solution to the South Road Superway. Transmax was awarded a contract by Urban Superway in 2011 for supplying STREAMS ITS, an intelligent transport system.